Implying easements: Take nothing for ‘granted’

Will Cousins reviews a recent Court of Appeal case concerning an historical oversight in a conveyance which affected subsequent development.

Why is this case of interest to landowners/developers?

The Court of Appeal’s recent judgment in Parker & Anor v Roberts [1] highlights that an obligation to contribute to maintenance of a private road does not mean that there is an implied right of way over it.

The case is also a worked example of how the courts will apply principles of contractual interpretation to try to resolve easement/development disputes and how difficult it can be to imply easements.

The key takeaway for landowners/developers is that, when it comes to implying easements, (excuse the pun) take nothing for granted!  This case is a clear reminder of how important it is for developers to ensure that all of the land they wish to acquire and/or develop has the – ideally express – benefit of all required easements.

An easement is a right which benefits a piece of land (known as the ‘dominant’ land) which is enjoyed over, or at the expense of, a piece of land in separate ownership (the latter being the ‘servient’ land).

A positive easement allows the owner of the dominant land to do some act on the servient land, for example to run services over it, or to have a right of way over a path or road. A negative easement is a right to receive something from the servient land without any obstruction or interference, for example a right of light or a right to receive support from a building.

In some limited circumstances, it is possible for the grant of an easement to be implied.  Based on the principle that a person, having given something, cannot then take away the means of enjoying it, easements can be implied by reason of necessity (for example, a right of way may be implied on a disposal of part where there is no other legally enforceable means of access to the land sold) or to give effect to the common intention of the parties at the time of sale.

In 1968, Roberts’ predecessor bought a house (the Dominant Land). He already owned adjoining land (the Plot). The conveyance granted a right of way to the Dominant Land over the transferor’s adjoining private road “for all purposes connected with the present and every future use of the land hereby transferred“.  Roberts’ predecessor also agreed on behalf of himself and his successors in title as owners of the Plot not to build on the Plot and to pay towards the cost of maintaining the road.

Roberts then wished to build a house on the Plot but needed to establish that it had the benefit of the right of way. The issue was whether the expressly granted right of way could be exercised in respect of the Plot, which was not transferred by the 1968 conveyance, if it ceased to be part of the garden and were to be used as a plot for a separate house.

Applying principles of contractual interpretation to the conveyance [2], the Court of Appeal decided that the Plot did not benefit from a right of way. The express grant in the conveyance was unequivocal. The “land hereby transferred” did not include the Plot and the right of way could not be used for the benefit of the Plot independently of the “land hereby transferred“. If the Plot ceased to be used for an ancillary purpose, it could no longer be accessed by exercising a right of way across the private road.

Whilst this may have been an historical oversight, neither could an easement be implied.  Roberts’ lawyers tried, unsuccessfully, to argue that the present need for a right of way in order for the building project to proceed should be regarded as an activity that, at the time of the conveyance, may have been obvious or have been reasonably expected to take place in future, such that the easement should be implied.

Looking at the conveyance as a whole, however, King LJ said one could “confidently conclude” that building on the Plot was something that the original parties intended to prohibit. As such, it was found to be impossible to imply an easement later down the line which would facilitate the very thing that the parties expressly prohibited.

The Court of Appeal also clarified that there was no authority to support the proposition that ‘he who bears the burden must be entitled to the benefit.’ The fact that the conveyance obliged the owner of the Plot to contribute to the maintenance of the private road did not lead to the conclusion that the Plot formed part of the Dominant Land. 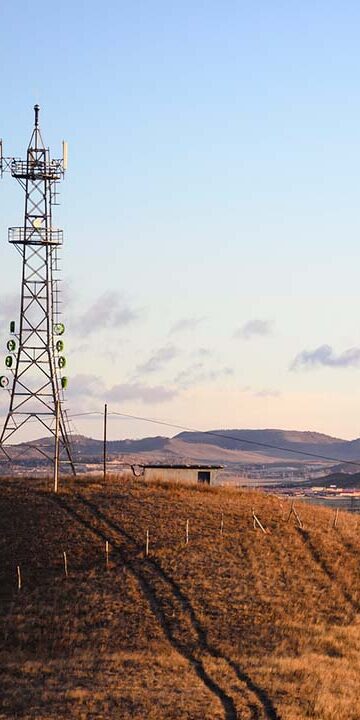