In a key case before the High Court in late autumn 2015, the grant of outline planning permission for a residential development in Wiltshire was quashed after it was found that a Councillor’s private interest in the decision amounted to the appearance of bias. The other grounds of challenge were rejected. However, the quashing of the permission and the outcome in Kelton v Wiltshire Council [1] reinforce the importance of impartial and open decision-making in the planning process.

On 21 January 2015, Wiltshire Council (the Council), as local planning authority, granted outline permission for a scheme of up to 35 custom-built residential dwellings, including nine affordable homes, on land near the River Wylye in Warminster. The scheme was promoted by the applicants, HPH Ltd and HAB Housing. The not-for-profit organisation, Selwood Housing Association (SHA), also featured in the case due to their interest in the affordable housing element of the development.

The Claimant, Kelton, was a riparian owner, living approximately 700 metres downstream from the proposed development. Kelton challenged the Council’s decision on four grounds:

In relation to Ground 1, bias was alleged on the basis that:

In response, the Council argued that the planning committee had been aware of the potential for bias and Councillor Macdonald had declared his role on the SHA board. The matter had been considered carefully at the meeting, but Councillor Macdonald had participated in the decision-making nonetheless as SHA was (1) not the applicant and (2) had no formal agreement with the applicant at the time of the committee’s meeting.

The rules of natural justice are well-known and accepted, so that decisions where there has been actual bias [2] by the decision-maker are not traditionally enforceable. However, apparent bias is a more difficult concept. It involves situations where there is simply a concern of bias within the decision-making process towards one of the parties, rather than definitive proof. In the leading case of Porter v Magill [3], it was established that the test is “whether the fair-minded and informed observer, having considered the facts, would conclude that there was a real possibility that the tribunal was biased”.

The judge rejected the suggestion that Councillor Macdonald should have been automatically disqualified from involvement in the planning committee when the relevant decision was being made. The Councillor had no direct pecuniary or proprietary interest in the planning application, so could still participate in the decision as to whether or not to grant permission. Similarly, there was no pecuniary interest in the matter that was disclosable under the Localism Act 2011. SHA was not the applicant for the planning permission and, at the time the decision was made, had no contract with the developers. In fact, SHA had not even tendered for the role as affordable housing provider at this stage. As Cranston J noted: “[SHA] may have built up goodwill with its advice to [HPH and HAB] over a period, but at the time of the grant of planning permission the affordable housing part of the development was yet to be tendered”.

However, Councillor Macdonald’s participation gave rise to an appearance of potential bias as defined in Porter v Magill. Cranston J stated: “It was plainly in [SHA’s] interests and Cllr Macdonald’s, as director, for the application to be approved. The reasonable and fair-minded observer, having the background facts, would have been aware that [SHA] had committed time, resources and expertise…to working with HAB/HPH over the design of the affordable housing part of the scheme”.

While it was accepted that there had been no final decision made as to whether SHA would bid for the scheme, this was irrelevant.  The court felt SHA would not have become so involved unless:

The judge felt it would have taken something unforeseen to prevent SHA being appointed to deliver the affordable housing part of the scheme in due course. In particular, there had been a public statement made regarding SHA’s strong position as part of any tender to deliver the affordable housing. In addition, SHA had been the only local, affordable housing provider to publicly support the scheme in front of the planning committee. Whatever the intentions behind the behaviour of the parties involved, the appearance created was that SHA, HPH and HAB had been working together closely and had shared interests.

Involvement as a housing association director will not always be an ‘issue’ in most applications before a planning committee. However, the decision-making process must always be assessed from the perspective of a fair-minded and informed observer in the outside world. Mr Justice Cranston stressed that the specific circumstances of the case here were indicative. SHA, with Councillor Macdonald as a director, was not just an affordable housing provider – in fact it:

Due to the previous involvement and prospects of future involvement in the scheme, Councillor Macdonald’s private interests came to the fore. The facts created the appearance that SHA and the applicants were working closely together. The strength of this appearance alone led to the finding of apparent bias, so committee’s decision was flawed.

Kelton v Wiltshire Council is an important reminder that decision-making in the planning world must be seen to be fair, impartial and open when considered from the perspective of an external observer. Fairness is not judged in the eyes of participant, who may “appreciate the nuance[s]” [4] of the application process more than an independent third party. Maintaining fairness throughout is key if challenges are to be avoided.

However, it is interesting to note that the court did highlight a distinction between councillors’ general interests and private interests in relevant matters. The decision should not therefore lead to a proliferation of apparent bias claims simply in instances where the relevant party is only loosely connected to the relevant cause. In most instances, apparent bias is still more likely to be found where the relevant party is either the planning applicant or bound by legal agreement to the applicant.

For further information or advice on the impact of this decision and other recent legal developments in this area, please contact Walker Morris’ Planning & Environment team.

Court of Appeal judgment shows environmental offences will be taken seriously by the Court... 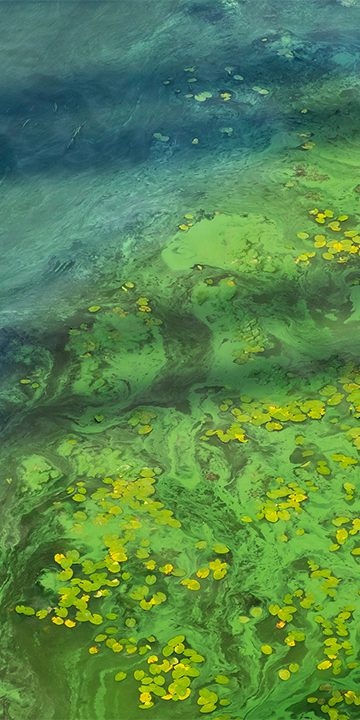