Intellectual property – most notably copyright – can often significantly contribute to the progress of a business. It encourages creativity and innovation and enables its creators to derive financial benefits, but also comes with pitfalls. Alan Harper, Director in the Intellectual Property Team, looks at the three most burning aspects of copyright disputes.

Many people incorrectly associate copyright with someone standing in front of an easel creating physical works of art, but the legal concept extends far beyond that. Copyright also covers graphic designers, commercial artists, digital software companies, and creative agencies and businesses. However, intellectual property concerns are universal for conventional artists and creative types who design commercially as part of their day-to-day duties.

Three of the most common copyright wrangles I encounter in the highly competitive commercial art sphere relate to ownership, copyright subsistence, and infringement, intensified by the vast free market created by the internet. In this article, I’ll deal with each separately.

Probably the most pressing concern in copyright law is the determination of ownership. The copyright owner in a work is generally the creator of the original work, such as an author.

Unlike registering a trade mark which results in a registration certificate, evidencing ownership, if the trade mark application is successful, most people will automatically attract copyright protection once they’ve put pen to paper. However, an artistic work needs to meet specific criteria first – it must be original and recorded in writing.

In the UK, most categories of copyright works last for the author’s life plus 70 years, the duration of which begins from the moment the work is created. While it’s relatively easy to claim copyright, the downside when it comes to ownership is evidencing it.

Say, for example, an influential person writes their memoirs then passes away before it’s published. While the estate has inherited valuable copyright, evidencing it may prove to be a nightmare because there are no written records other than the odd manuscript. This limitation makes it rather challenging to prove ownership. Fortunately, copyright ownership is typically examined when the author is alive, and examples such as these are rare.

However, that doesn’t prevent issues of ownership from arising in a commercial setting. Suppose you work in product development and create a dazzling packaging design for your product, the burden of proof will sit with you – as the claimant – to evidence ownership. If you have no clear records, this could be challenging.

Furthermore, don’t get duped by this seemingly simple task, especially when you’re dealing with assets that only grew in significance several years down the line. Your work can end up having a considerable value in the future and can even potentially attract financial collateral. Our advice, therefore, is to preserve all digital records, including technical metadata, from the time you created the work.

Accurate recordkeeping of your work is essential. While there’s no best practice or single way for recordkeeping, at least make sure you can evidence it properly to prove ownership. If it’s a physical piece of art, take a photo of it for example.

Since creators of a qualifying type of work will hold the exclusive rights to their work once they’ve met the qualifying criteria for protection, copyright is said to subsist in a piece of work. The conditions for subsistence are that the work must be original or new and must be reduced to material form.

I often deal with brand owners complaining about competitors using their unregistered trade marks and they want to rely upon their copyright. They assert that it’s their copyright, but copyright doesn’t extend to protect single words as it doesn’t satisfy the subsistence requirements. It’s not seen as an original work, only as a word.

Various bodies of copyright law examine the threshold of work output and the point at which it kicks in. A good example of this in the art sphere is the question of when art becomes art from a copyright perspective. If one were to take abstract concepts in modern art, like a circle on a wall, for example, is it art?

I frequently advise clients on this issue and often deal with abstract designs where it is questionable that copyright exists. When advising on risk as an IP lawyer, it is always sensible to assume that copyright does subsist because you want to give the claimant the benefit of the doubt.

However, there is indeed a valid question in this scenario: Do these works constitute original work in terms of the newness threshold? It also impacts the ownership question because, while the artist that created it may have prima facie ownership, if the design doesn’t meet subsistence requirements, then copyright doesn’t exist. To qualify for copyright protection, a work must be “original” in the sense that the work exhibits the author’s own intellectual creation.

Copyright infringement happens when anyone carries out any of the copyright owner’s exclusive rights without their permission. However, infringement can be somewhat double-edged. For instance, have you created something that you couldn’t claim ownership over, or have you done something that may infringe upon the rights of others?

The test for copyright infringement under the UK Copyright, Designs and Patents Act 1988 is whether your work has replicated a substantial part of a third party’s work. There is a legal framework within the Act which sets out the various offences.

When a new piece of work has many hands touching it, the issue of copyright becomes incredibly complicated, as it requires a layered approach. In other words, if your work stands upon the shoulders of others – each of whom could’ve created original work – can you claim originality in your own right?

It is important to note that ‘substantial’ is determined by a qualitative test, not a quantitative one, which means there may be an infringement even if a small but significant portion of the original work is copied. Therefore, replicating 49 percent of somebody’s artwork doesn’t mean it’s not an infringement.

The best way to illustrate this is by using a literary work example. If I were to write a novel about a boy wizard who went off to boarding school and the similarities between another famous book of that nature ended there, I probably wouldn’t be guilty of copyright infringement. However, there would most likely be a lot of other things I’d be told off for! If I borrowed a few elements from the Harry Potter books and compared them line by line, I might only have replicated 2% of the text in this scenario. Still, it would probably represent a substantial part of the elements that I have copied.

The idea vs expression dichotomy

Copyright law has a concept known as the “idea versus expression dichotomy,” which protects the expression or manifestation of ideas and not the ideas themselves. So, while the lines between copying and inspiration can sometimes be a bit blurry, it’s not a breach of copyright to draw inspiration from the ideas used in a copyrighted work when coming up with your own image or design.

This contrast creates tension in the artistic world. Suppose someone shares an idea for a creative work, and somebody else likes the idea and decides to run with it: at what point does the idea become an expression and when are you borrowing too much?

This poses a real problem, aptly illustrated by a high-profile court case some 15 years ago against the publishers of author Dan Brown’s best-seller, The Da Vinci Code. Michael Baigent and Richard Leigh, the authors of a non-fiction work, The Holy Blood and The Holy Grail, claimed Dan Brown infringed their copyright.

As supporting evidence, they had a manuscript of their book with highlighted sections and notes by Dan Brown’s researcher wife, arguing that there had been non-literal copying of a substantial part of their book. However, the court held that there was no copyright infringement. Instead, it found they had merely used storytelling elements in The Holy Blood and The Holy Grail and other books as background for The Da Vinci Code.

The case illustrates how difficult it is to prove the difference between copying someone versus just borrowing ideas. Since there is no hard and fast rule, it is tough to litigate definitively and is mainly done on a case-by-case basis.

Alan Harper wrote this article as part of the Anonymous heART Project, an online art auction organised by national charity Heart Research, of which Walker Morris LLP is a proud sponsor. Read more about our sponsorship here. 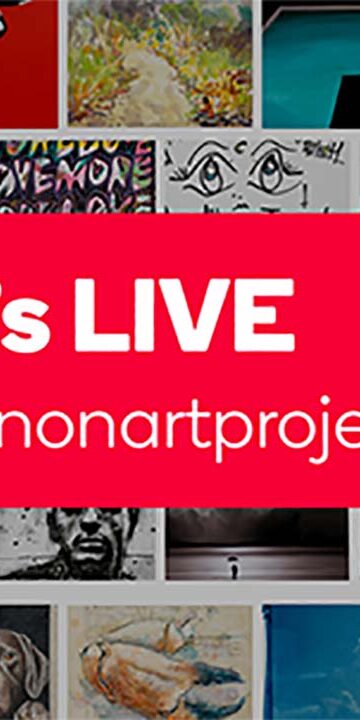 Intellectual Property and AI – who owns the clever data?