On 2 March, the Government published revised definitions of the 17 sectors that will fall within the mandatory notification regime when the proposed National Security & Investment Act comes into force. We also understand that the new regime is now expected to come into force in autumn 2021, rather than spring 2021, as previously signalled. Both developments provide some useful clarity for businesses considering transactions with a UK nexus.

On 11 November 2020, the Government published draft new legislation, the National Security and Investment Bill, for the establishment of a new investment oversight regime. Once the new regime comes into force:

Revised definitions of the key sectors

The revised definitions of the 17 key sectors to which the mandatory regime will apply are available here.

The sectors themselves remain as originally announced, i.e.:

However, following public consultation, the revised definitions are intended to clarify and, in many cases, narrow the scope of the affected sectors so as to focus on activities which are most likely to give rise to national security risks. Notable changes are the reduction in scope of the Communications and Quantum Technologies definitions, and the comprehensive revisions to the definition of Engineering Biology (re-named Synthetic Biology). It is also worthy of note that the Government has proposed a narrowing of the definition of Artificial Intelligence, focusing on activities with three purposes: the identification of objects, people and events; advanced robotics; and cyber security. However, a note of caution on this change; given the purpose for which AI solutions are being deployed by businesses in all sectors of UK economy, this could still have far reach (and may, as an example, reach into supply chain management technology implemented by retailers and manufacturers).

The Government ‘s announcement makes clear that these definitions may be further refined as the Bill makes its way through Parliament. The mandatory notification sectors will also be kept under review once the new regime comes into force and updated as necessary through secondary legislation to address emerging technology or newly identified national security risks.

What does the regime mean for deals in a key sector?

As mentioned above, once the new regime comes into force, acquisitions of interests in entities operating in a key sector in the UK will have to be notified to the Secretary of State and approved before they can close.

The mandatory filing regime will apply to acquisitions of shareholdings as low as 15% and not only to deals involving target entities incorporated in the UK but also those involving non-UK targets carrying on downstream activities in the UK. The regime will capture deals involving both non-UK and UK acquirers and there is no minimum size threshold for deals to be caught.

If a notifiable acquisition closes after the legislation commencement date without having first notified and obtaining pre-approval:

However, provided that the necessary filings are made, the new regime is not expected to have a substantive impact on many deals. The UK Government:

The vast majority of notified deals are, therefore, expected to be cleared unconditionally within 30 working days of notification. The practical consequence for most affected transactions should therefore be a requirement to have a delay between signing and closing of the transaction and the additional requirement to go through the mandatory notification process prior to closing of the transaction. 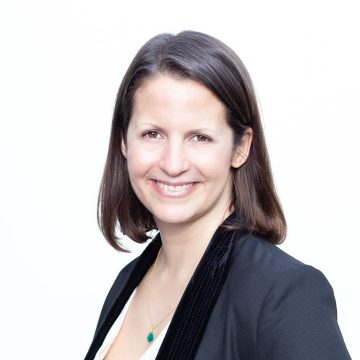