Time to review your D&O insurance and directors’ indemnities?

Now is a good time for companies to review their Directors’ and Officers’ (D&O) insurance. Recent and continuing changes to the corporate and regulatory landscape make it possible that existing cover might not go far enough.

As part of the same exercise, companies that have not entered into deeds of indemnity with directors and officers should check they are still comfortable with that position. D&O insurance and indemnities overlap, but they are complementary rather than alternatives. Each fills gaps that the other cannot address. In particular, D&O cover may contain surprising or non-obvious exclusions to cover or the cover may be vitiated by, for example, non-disclosure, even in some cases, innocent non-disclosure.

Changes to the corporate and regulatory landscape

The recent and continuing changes to the corporate and regulatory landscape referred to above, include:

These changes mean that now is a good time to review your D&O and indemnity arrangements to make sure you have adequate cover in place.

A company’s articles will usually include a power for the company to grant indemnities to directors to the extent permitted by the Act. The Act does not make specific provision for a company to protect officers other than directors (for example, a company secretary, employed solicitors and other senior managers) from liability, but indemnity provisions in the articles can be extended to these persons.

The relevant article typically provides for the grant of indemnities to be permitted (the company may indemnify) rather than obligatory (the company shall indemnify). In our experience, directors are not always aware that the relevant provision in the company’s articles, even if drafted as an obligation, is, on its own, insufficient. This is because the articles are deemed to be a binding commitment between a company and its members; a director is not a party to this commitment unless he is also a member, and, even then, he will only be able to enforce those provisions in the articles which confer rights on him in his capacity as a member. It is for this reason that the indemnity itself needs to be provided in a separate contract between the company and the director, often in a separate deed of indemnity.

When entering into an indemnity, a company should consider the following: 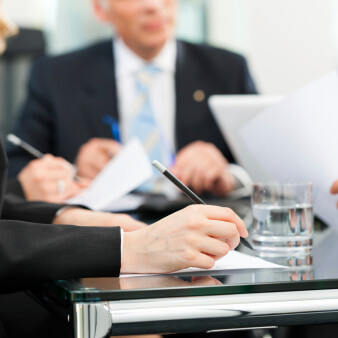