Ethnicity pay gap reporting will not become mandatory – but should businesses collect this data voluntarily?

Ethnicity pay gap reporting is to remain voluntary in the UK. However, many businesses already collect and report on this data voluntarily and there can be significant benefits in doing so. Indeed, while the government confirmed that it would ‘not be legislating for mandatory reporting’ it went on to state that it would ‘support employers with voluntary reporting’. For those who choose to report on this data voluntarily, there are a number of considerations, which we set out below, in terms of how employers can use it effectively and the legal issues to be aware of.

What is the government’s position on ethnicity pay gap reporting?

On 17 March 2022, the government published a response to the report by the Commission on Race and Ethnic Disparities where, among other topics, you will find the government’s long-awaited response to the question of whether ethnicity pay gap reporting should be mandatory. The report points to ‘significant obstacles’, such as employee confidentiality and the difficulty with identifying the appropriate ethnic groups to compare in order to create meaningful reports, as some of its reasons for concluding that reporting should not be mandatory. There is also reference to not wanting to impose new reporting burdens on employers as they recover from the pandemic.

Instead, it is understood that the Department for Business, Energy and Industrial Strategy (BEIS) will publish guidance in summer 2022 to help employers who want to report their ethnicity pay gaps voluntarily; it is intended that this guidance will provide employers with the tools to understand and tackle pay gaps within their organisations and to build trust with employees.

Should businesses be collecting the data in any event?

Ethnicity pay gap reporting can be a vital first step in addressing inequalities faced by ethnic minorities in the workplace. In Baroness McGregor-Smith’s independent review in 2017, Race in the workplace, she concluded: “No employer can honestly say they are improving the ethnic diversity of their workforce unless they know their starting point and can monitor their success over time”.

As such, many businesses already choose to report on this data. We consider below best practice for employers who intend to report on or, at least, collect ethnicity pay gap data voluntarily and in doing so, how to navigate some of the challenges of collecting data of this kind, namely: employee participation; legal issues (discrimination claims and data protection); and producing meaningful data.

Perhaps the most significant challenge faced is a lack of participation from employees. Reluctance to disclose sensitive personal information is often underpinned by a lack of trust, the responsibility for which ultimately rests with the employer. As the Equality and Human Rights Commission said in its response to the 2019 ethnicity pay reporting consultation: “… those which are most successful in encouraging staff to share information on ethnicity tend to put significant effort into demonstrating why they are collecting the data and how it will be used to drive meaningful change in the workplace”.

Nationwide Building Society managed to increase participation in diversity data collection from 26% in January 2015 to 97% in December 2016. Its method was clear: tell employees why the data is being collected and how it will be kept confidential. For example, the aim might be to create an action plan to address any pay gap, with measurable targets for the business to be held accountable to – this would be a clear statement of intent which employees could buy into. In terms of confidentiality, strict compliance with data protection principles, as set out below, will signal to employees that the employer is serious about safeguarding their data.

In addition, employers might consider creating an employee working group tasked with driving inclusivity and diversity within the business – particularly given the recent social and political drive for better awareness and education about the challenges faced by ethnic minorities. Employees can be encouraged to participate by creating a direct line of communication between the senior executive team and representatives of ethnic minorities – allowing employees to be part of the organisation’s change.

The second set of challenges faced by employers encompasses both the perceived risk of claims associated with reporting the data and the question of how to lawfully collect and process employees’ data.

There is concern among some employers that acknowledging an ethnicity pay gap risks encouraging a raft of pay discrimination claims. However, having an ethnicity pay gap is not, by itself, evidence of discrimination. Rather, the very point of collecting the data is to acknowledge that there is a gap, address any underlying issues or practices that may have resulted in that gap, and promote inclusion and equality in order to close that gap.

In terms of data protection, best practice is to anonymise the data, thereby taking it outside the scope of data protection legislation. However, this may be difficult, particularly if a business employs only a small number of individuals who identify as a certain ethnic minority, therefore making them more likely to be identifiable, especially when combined with their salary (a point which is recognised in the government’s March 2022 report).

Alternatively, employers may be able to rely on a ‘lawful basis’ to process ethnicity data, such as where it is necessary for the purposes of ensuring equality of opportunity within the organisation. As the data will be ‘special category’ data, there are additional requirements to comply with and specialist advice should always be sought. Compliance with the principles of data protection legislation will also involve implementing an appropriate policy, explaining how the employer will process the data and covering matters such as data integrity, confidentiality, retention and erasure. In addition, it is best practice to conduct a ‘data protection impact assessment’ to identify risks to the rights of employees and how they will be protected.

The government’s consultation sought responses on what information should be collated to provide meaningful results, suggesting three distinct options: binary, granular and banded/quartile. All three are intrinsically problematic. A binary approach, comparing white British employees with all other ethnic minority employees through a single average hourly pay figure, fails to appreciate the divergent experiences of ethnic minorities and may mask the inequalities faced by the lowest-paid ethnic minority groups. A granular approach, where several pay gap figures are produced by comparing each ethnic minority group against white British employees, is susceptible to well-paid, unrepresentative individuals skewing the data, particularly in the cases of businesses or regions with small numbers of individuals identifying with certain ethnicities.

While a pay bands or quartiles approach, whereby an average would be taken for each pay band or quartile, would appear to be the most likely to generate meaningful results, breaking ethnic groups down further into pay bands/quartiles increases the risk of individuals becoming identifiable. Employers should therefore consider whether to omit such groups from their report, or combine the statistics with other ethnic groups. To ensure that meaningful results are produced, groups should only be combined where they have similar pay gap data.

Ultimately, the approach taken can be that which is most suitable for the particular employer.

Once data has been collated and analysed, employers will need to consider how to address any gap. This might involve: renewing the business’ core values to emphasise its commitment to diversity (which could include signing up to the Race at Work Charter); considering positive action in recruitment and promotion to address under-representation; implementing reverse mentoring programmes (pairing senior staff with staff in more junior roles who are from an ethnic minority background, to talk through their experiences); participating in careers talks in schools, in order to encourage applications and assist with career aspirations; and regular communication with employees about the steps being taken and the progress made.

Of course, in order to measure progress, employers must know their starting point. The challenges of ethnicity pay gap reporting should not discourage employers from taking the first necessary step towards true inclusivity and equality of opportunity.

As a firm, we published our ethnicity pay gap data for 2021 alongside our gender pay report. We have also partnered with NOTICED, a diversity network in the legal sector, and Stronger Together, a diversity network across legal and accountancy firms in Leeds, and created an internal working group, in order to work towards our inclusivity and diversity ambitions.

Our specialist Employment Team is here to provide advice and assistance and to answer any queries you may have on the points raised in this briefing. Please contact Charlotte, who will be very happy to help. 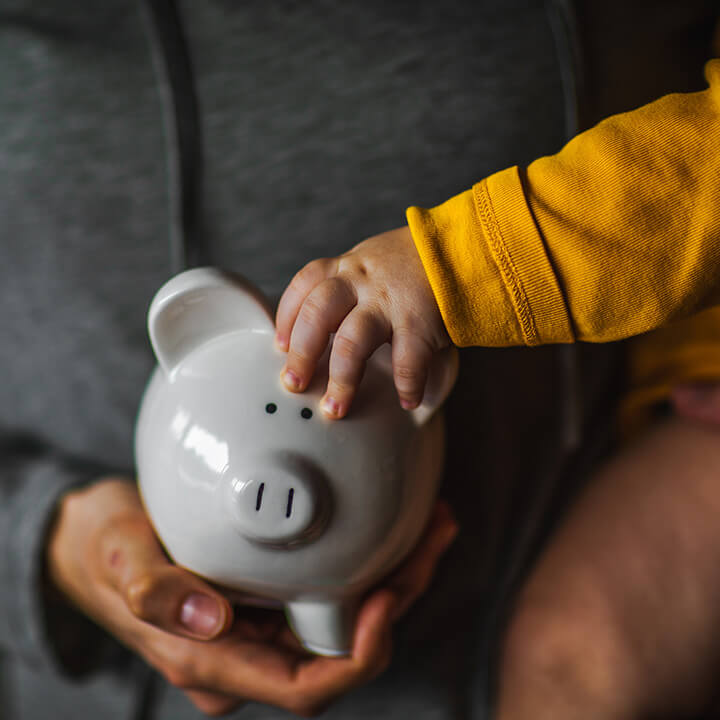