Walker Morris is one of the few firms in the UK that can genuinely offer the complete sports law legal advice service.  We regularly receive instructions from four Premier League clubs, seven Championship clubs and several clubs in the lower leagues. We also have a long-standing history in rugby, equestrian and boxing.

Our expertise spans the whole spectrum of sports law including:

In terms of football club sales and purchases, the Group act for a range of high net worth clients and it is often instructed by owners of football clubs looking to sell or wealthy companies / individuals that are looking to acquire football clubs.  The Group has acted on two Premier League and six Championship sales/purchases in the past few years alone.  Most recently, the Group acted on the major US investment in Crystal Palace Football Club.  The deals marks a successful milestone in the work the Group has undertaken for the Club, having acted as the Club’s exclusive legal provider since it was bought out of administration in 2010. (Read more here).

In terms of football finance, the Group specialises in advising financial institutions, stadium companies and major debt funds on general football financial activity including the discounting of player transfer monies and the discounting of central funds. Most recently, the Group acted for a first-ranking secured lender in the release of its security over a Championship football club.  The Group has also advised Premier League clients as regards the assignment of Premier League monies.

The Walker Morris Sports Group is rated as a top-tier law firm in the ‘Sports Sector’ in the latest edition of the Legal 500.

The Walker Morris Sports Group is proud to support: 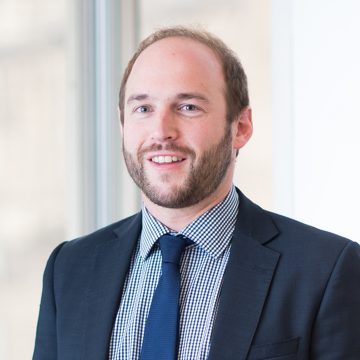 Walker Morris advised Premier League football club, Crystal Palace FC, on a major deal to secure a sizeable US investment to develop first-class facilities. The Walker Morris Team acted on behalf of the Club in respect of a deal to allow US businessmen, Josh Harris and David Blitzer and the current Chairman, Steve Parish, to take control of the club in a general partnership structure. This was the only investment of this nature in a Premier League football club since 2013 and demonstrates the national and international reputation that the Walker Morris Team has established within the industry.

Walker Morris acted for Eleonora Sport Limited on the sale of its shares in Leeds United Football Club, which completed in May 2017. The deal saw the remaining 50% shares sold to Greenfield Investment Pte Limited, owned by Italian business man Mr Andrea Radrizzani, which saw him take full control of the Club and become Chairman. This high profile transaction reinforced the Team’s ability to get the deal done whilst creating a valuable financial foundation on which Leeds United FC could survive and build future success.

Walker Morris provides the complete sports law service for many sports organisations across the UK. One particular example is Crystal Palace FC, where achieving demonstrable results for the client off-the-field in a myriad of commercial, corporate and contractual matters, including advising on its successful High Court claim against its former manager Tony Pulis. With every day-to-day and season-by-season challenge and opportunity for the client, we have a ‘24/7 availability’ mentality to ensure that we fully understand the client’s objectives and react quickly. Indeed, Walker Morris is an integral part of the team in this results-driven business.

The Walker Morris Sports Group was instructed by NF Football Investments on its acquisition of 100% shares in Nottingham Forest Football Club. The transaction aimed to provide a new era for the Club with the introduction of the new majority shareholder, Evangelos Marinakis and Executive Management Team with the aim of bringing Nottingham FC into the Premier League. The Team were instrumental in negotiating and concluding the deal to provide a highly successful outcome for the Club and the achievement of its business goals.