Commercial dispute resolution specialists Gwendoline Davies, Lynsey Oakdene and Nick McQueen consider two recent Supreme Court judgments of significance to the international arbitration community. The first clarifies the approach to determining the governing law of an arbitration agreement and to granting anti-suit injunctions; the second clarifies the law on arbitrator bias and the duties of impartiality and disclosure.

Arbitration can be an attractive alternative to court litigation as a formal method of resolving commercial disputes and is the method of choice for resolving cross-border disputes. It is also unaffected by Brexit.

These Supreme Court judgments provide much-needed certainty and consistency of approach in complex areas of the law. They reinforce the arbitration-friendly approach of the English courts which play an important supervisory role in support of the arbitration process. As Halliburton’s counsel pointed out in Halliburton v Chubb [1], the main reasons why parties in international arbitration choose to arbitrate in England are the reputation of London and that the English legal system guarantees neutrality and impartiality [2]. It is therefore important that English law upholds rules which support the integrity of international arbitration.

It is important to give careful thought to dispute resolution clauses from the outset. All too often, contracting parties are keen to push forward with their commercial arrangements and they fail to plan effectively for how disputes will be managed if things go wrong. If the parties choose arbitration, careful drafting of the contract and arbitration agreement (including specifying the governing law and the seat (place) of arbitration) can lead to significant time and costs savings and make disputes easier to resolve in the long run.

Walker Morris has a large team of specialists experienced in all aspects of commercial dispute resolution across all sectors, including national and international arbitration, litigation, mediation, expert determination and other forms of alternative dispute resolution. Two of our partners are Fellows of the Chartered Institute of Arbitrators.

If you trade internationally and/or are considering arbitration, and need any assistance or advice on drafting, dispute resolution options or strategy, please contact Gwendoline, Lynsey, Nick or any member of the commercial dispute resolution team.

An ‘arbitration agreement’ is typically a clause in the parties’ contract where they agree to resolve any disputes through arbitration. It is effectively a separate agreement from the underlying contract and the two will not necessarily be governed by the same law.

In Enka v Chubb [3] the Supreme Court set out the following principles for determining the governing law of an arbitration agreement:

In Enka v Chubb the Court of Appeal had granted an anti-suit injunction restraining Chubb from continuing Russian court proceedings in alleged breach of the arbitration agreement. The Supreme Court agreed with the Court of Appeal that the principles governing the grant of an anti-suit injunction in support of an arbitration agreement with an English seat do not differ according to whether that agreement is governed by English law or foreign law. The court’s concern will be to uphold the parties’ bargain, absent strong reason to the contrary, and the court’s readiness to do so is itself an important reason for choosing an English seat of arbitration.

Arbitrator bias and the duties of impartiality and disclosure

The Arbitration Act 1996 empowers the court to remove an arbitrator on the ground that circumstances exist that give rise to justifiable doubts as to his or her impartiality. In Halliburton v Chubb the Supreme Court considered two main issues: whether and to what extent an arbitrator may accept appointments in several arbitrations concerning the same or overlapping subject matter with only one common party without giving rise to an appearance of bias; and whether and to what extent they may do so without disclosure.

The Supreme Court set out the following principles which are of wide application: 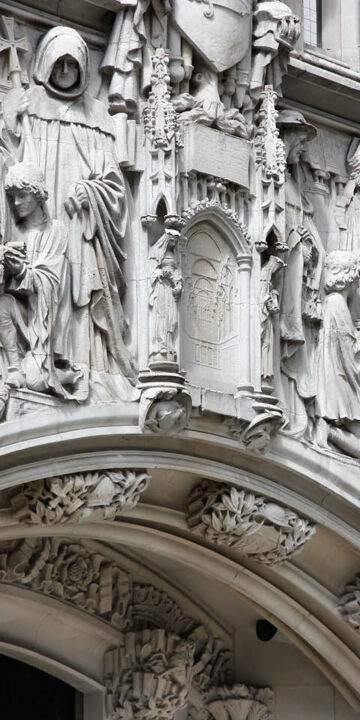