Stadium Lockdown: a look at some of the key commercial considerations as regards staging Premier League matches behind closed doors

Watch our video nugget on this topic here.

To the delight of football fans across Europe, live football returned to television screens over the weekend as the German Bundesliga season resumed. However all of these matches were played with empty stadiums, as fans were not permitted to attend the matches in line with social distancing guidelines.

As the period of lockdown continues in the UK, there is an increasing likelihood that, as we have seen in Germany, we will see a certain number of Premier League football matches played “behind closed doors”.

With a potential return of Premier League football across the country edging closer, there are many practical and commercial issues which all Clubs will need to consider in relation to hosting matches without fans being in physical attendance. Some of the keys issues include:

In addition to the loss of revenue from general ticket sales, Clubs will need to consider their general approach in respect of season tickets and hospitality packages. In particular, Clubs will need to carry out a review of their terms and conditions relating to the sale of season tickets and hospitality packages in order to establish the rights held by both the Club and each ticketholder in relation to the cancellation of matches (including any rights regarding refunds and/or any alternative remedies which may be available to ticketholders).

Given the current uncertainty about when it will be possible to stage large events and host sporting events with fans in the UK, Clubs should also consider their approach to the 2020/21 season. At this stage, there is a real possibility that the unusual circumstances of matches being played behind closed doors may need to be extended into next season. In particular, this will be relevant to those Clubs which operate an auto-renewal scheme in respect of their season tickets and those Clubs which “factor” the revenue generated by season ticket sales. Clubs will need a clear policy on ticketing for the 2020/21 season which covers circumstances in which games may be played behind closed doors and this will need to be communicated to fans swiftly to allow the fans sufficient time to make an informed decision in respect of their season ticket/hospitality package.

Playing matches behind closed doors may also have an impact on Clubs’ sponsorship and partnership arrangements. Sponsorship or partnership deals usually involve obligations on the Club to promote the brand of the sponsor/partner. Therefore it will be important for Clubs to consider their contracts with sponsors and partners in order to identify which rights and obligations under the contract will be affected if matches are to be played behind closed doors.

In reviewing the rights granted to under existing sponsorship and partnership contracts, Clubs will need to identify both:

Clubs will then need to consider how to approach any obligations under the contract which it feels it is unable to provide and identify whether the relevant contract provides the Club with any relief from liability in respect of those obligations (e.g. force majeure, material adverse change clauses or specific liability carve-outs). Clubs may also wish to consider whether there is a commercial deal that could be done with the sponsor or partner, in order to provide alternative, or deferred, rights to the relevant sponsor or partner without the Club incurring any liability. For example, the principles of social distancing may affect a Club’s ability to perform its obligations in relation to any player and staff appearances that have been agreed under the relevant contract, but could these obligations be:

A substantial part of Premier League Clubs’ supply chains are often focussed upon the provision of goods and services related to match days and enabling Clubs to effectively host fans at the stadium on match days. Examples of agreements that may need to be considered and/or amended to reflect matches being played behind closed doors include agreements for the supply of:

If matches are played behind closed doors for a significant period, it is likely that a substantial portion of these goods and services may no longer be required by Clubs during this period. Therefore Clubs will again need to consider the rights and obligations under each contract with its suppliers in order to identify any obligations that the Club cannot comply with if matches are played behind closed doors. Clubs should also identify any provisions under the contract which may provide relief from liability that may be incurred by the Club as a result.

In addition to any issues relating to existing supplier contracts, Clubs should also consider whether new suppliers may need to be engaged to deliver alternative goods and services. For example, if fans are not going to be engaging with the Club through attending the Stadium on match days, Clubs will need to consider how else they can engage with their fans and grow their influence. With social distancing measures likely to be in place for a significant period of time, digital engagement with fans is sure to be crucial and Clubs may need to evaluate their current offerings and procure additional resources and platforms by engaging additional suppliers where necessary.

With no opportunity for fans to experience the “magic” of stadium atmospheres on a match day, Clubs will need to invest in new ways to engage existing fans and “win” new fans. Again, this is likely to require Clubs creating significant levels of digital content and seeking out innovative ways to engage with its fans on a more personal level.

Already we are seeing an increase in social media activity and use of online platforms, with Premier League players replacing their in-person appearances with Zoom calls and clips of team online meetings being put out on Club channels for fan viewing. However there are many more opportunities which are likely to be explored over the next few months. Any new concepts and initiatives may require new digital platforms, software solutions and relationships with third party suppliers in order for Clubs to continue to improve its meaningful engagement with fans on a regular basis. As with any new commercial relationship, it will be important to ensure that any such new third party supply arrangements are governed by robust, but suitably flexible, contractual documentation to achieve the best commercial and legal position for the Club despite the current challenging circumstances.

Overall, we appreciate that Clubs will be in the process of making numerous important commercial decisions over the next few weeks, as the details surrounding the return of Premier League football, and whether matches will be played behind closed doors, become clearer. These decisions will potentially have a significant impact on the Club’s brand, revenue and future strategy and therefore it will be important to ensure that decisions are taken based on an informed view of the rights and obligations under the various commercial agreements affected whilst preserving key commercial relationships going forward.

In addition to the significant impact on match day operations and revenues, Covid-19 is affecting Clubs’ commercial operations in numerous other areas. With this in mind, Clubs should also carry out a review of their other key commercial agreements (e.g. kit supply agreements, venue hire agreements and agreements relating to pre-season tours), and seek advice where necessary, in order to ensure that the Club is adequately protected from potential liability under those agreements and further ensure that it will continue to receive key goods or services that may still be required. 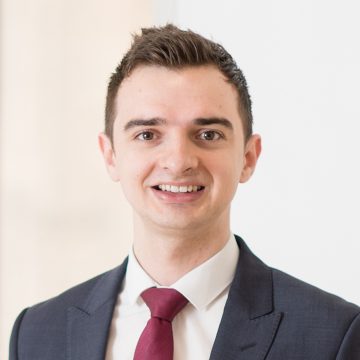