Walker Morris’ real estate litigation and transactional specialists Martin McKeague and Elle Sugden comment on a recent Court of Appeal case which highlights that taking action to recover rent without an expert understanding or advice can be fraught with risks for landlords.

In Brar v Thirunavukkrasu [1] the Court of Appeal has held that, by exercising commercial rent arrears recovery (CRAR), a landlord waived its right to forfeit a lease in respect of non-payment of rent.

The ability to forfeit a lease and recover possession is a landlord’s ultimate remedy.  However the law of forfeiture is complex and can involve significant traps for the unwary [2].  This case therefore makes essential reading for landlords who wish to preserve and protect the right to forfeit.

What happened in the case?

CRAR is statutory regime whereby the landlord is allowed to instruct an enforcement agent to take control of the tenant’s goods and sell them in order to recover an equivalent value to the rent arrears. The landlord must give 7 clear days’ notice to the tenant before sending the agent to the premises.

Forfeiture is the landlord’s right to bring the lease to an end early when a tenant is in breach of its obligations, including non-payment of rent. A landlord can waive a right to forfeit by unequivocally confirming the existence of the lease and communicating this confirmation to the tenant.

In this case, the landlord granted a lease to the tenant of a premises in Teddington, London. The rent was due quarterly on the usual quarter days and the tenant had allegedly failed to pay the December 2015 quarter’s rent. The lease contained a proviso for forfeiture if the rent was unpaid 21 days after becoming due.

What where the key issues?

At the Court of Appeal, the landlord’s key arguments were:

In a unanimous judgment, the Court of Appeal held that, just because in certain circumstances CRAR can be exercised after the end of a lease, that does not mean that the exercise of CRAR is not an unequivocal declaration that the lease is continuing.

Moreover, in the Court of Appeal’s view, where forfeiture was the only way in which the lease could be brought to an end (the lease had many years to run and was not excluded from the security of tenure protection of Landlord and Tenant Act 1954 [5]), CRAR must amount to a waiver. This is because one of the requirements of exercising CRAR after the end of the lease is that the lease did not end by forfeiture.

The Court of Appeal dismissed the landlord’s argument regarding notice, agreeing with the High Court’s earlier view that the tenant “knew that CRAR had been commenced by [the landlord] by the presence of the enforcement agents [at the property]“, notwithstanding the fact that no proper notice had been given.

[2] see our earlier article on the basics of forfeiture, for further information

[3] relief from forfeiture, if granted by the court, effectively resurrects a lease

[4] this is different from the position as it was under the remedy of distress (effectively the predecessor to CRAR), where it was a prerequisite that the lease was continuing before distress could be exercised 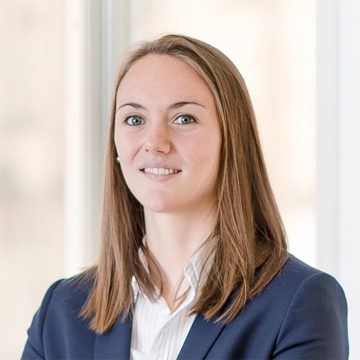