No Oral Modification Clauses Remain Solid as a Rock…

No Oral Modification Clause(s) (NOM Clause(s)) are a common sight in commercial contracts and generally state that all variations to the contract “must be agreed, set out in writing and signed on behalf of both parties before they take effect”.

Such clauses seek to prevent informal, oral or perhaps unintentional changes being made once the contract is in operation.

Are No Oral Modification Clauses effective?

Over the years NOM Clauses have been included in commercial contracts as standard wording despite the fact that there was some question over whether they were enforceable.

However, the 2018 Supreme Court case of Rock Advertising Ltd v MWB Business Exchange Centres Ltd [2018] UKSC 24 provided much welcomed confirmation that a NOM Clause is legally effective. This decision overturned a Court of Appeal decision that a NOM Clause did not prevent a valid variation by oral agreement.

The Supreme Court made their decision unanimously and Lord Sumption commented that NOM Clauses:

In 2001 Kabab-Ji, a Lebanese company, entered into a Franchise Development Agreement (FDA) with a Kuwaiti company. This Kuwaiti company became a subsidiary of the Defendant, Kout Food Group in 2005. The FDA contained a NOM Clause which stated:

“The Agreement may only be amended or modified by a written document executed by duly authorised representatives of both Parties.”

A dispute arose under the FDA and Kabab-Ji referred the matter to arbitration before the International Chamber of Commerce (the ICC) in Paris. The arbitration was brought against Kout Food Group only, not the Kuwaiti company which was a party to the FDA.

Under the general contracting principles in order for Kabab-Ji to succeed in their arbitration, Kout Food Group must have become an additional party to the FDA and the arbitration agreement contained within it.

The effect of such decision meant that the Court of Appeal refused to enforce the arbitration award against Kout Food Group.

This recent decision further enforces the Rock decision and highlights the importance of ensuring that where variations are required to operating contracts it is essential that all the contractual formalities are complied with in order to ensure that the required amendment/variation is valid and enforceable.

It is acknowledged that commercial contracts, particularly in the IT sector, require an element of flexibility to allow changes to keep in line with technological advancements. However, to ensure that the changes are fully enforceable parties must be minded to check the procedures for doing so contained in the contract and ensure they are fully complied with.

Given these two decisions and the highlighted significance of NOM Clauses, this should be something parties bear in mind when negotiating their contracts to ensure the NOM Clause is tailored to the parties requirements.

Should you wish to discuss any of the issues raised in this article with our Technology, Media & Telecoms Group, please contact Ryan Doodson or James Crayton. 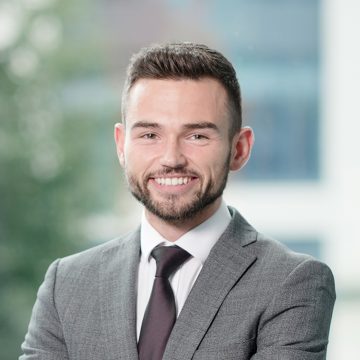