Walker Morris’ Head of Commercial Dispute Resolution, Gwendoline Davies, explains without prejudice privilege and highlights traps and tips for parties to any dispute or negotiation.

If a communication between negotiating parties has without prejudice privilege it will not be admissible in court and therefore cannot be adduced as evidence against the interest of the party that made it. The rationale behind this form of legal privilege is that it is in the public interest that disputing parties should be able to negotiate freely, without fear of future prejudice in court, with a view to settling their disputes wherever possible.

There are some circumstances in which even clear settlement negotiations can fall outside without prejudice privilege protection. One example is where parties choose to negotiate openly (perhaps because this is preferable tactically or perhaps because this is necessary for a party to demonstrate its position to a third party). Another is those cases in which it would be manifestly unjust to allow privilege protection to apply, such as where a communication amounts to evidence of fraud, misrepresentation, undue influence, perjury, blackmail or other impropriety.

Without prejudice privilege also ceases to attach to communications between parties once the substantive dispute between them has been resolved. A common example is when a debt is acknowledged by a debtor in financial difficulties, and then the parties negotiate for the creditor to allow deferred or reduced payment as a means of mitigating its potential loss. The post-acknowledgement negotiations will not be privileged.

Traps for the unwary

There can be significant traps for those who negotiate without fully understanding the nature of without prejudice privilege.

For example, parties often use the phrases ‘without prejudice’ and ‘off the record’ interchangeably when they want to engage in written or oral correspondence privately and without facing potential comeback in any subsequent legal proceedings. The difficulty with this is that, unless the correspondence specifically pertains to a settlement effort, it simply will not be privileged as a matter of law. Communications cannot be designated ‘without prejudice’ by a heading or statement to that effect; and ‘off the record’ is not a legally recognised concept in any event.

Another danger is that without prejudice privilege can be waived – even inadvertently. In some instances parties expressly choose to waive privilege in a communication, often because the letter, e-mail, attendance note or other document contains some information which one or both parties actually wish to place before the court. However, it is not generally possible for parties to cherry pick items or admissions within any one communication without waiving privilege in respect of the entire communication. In some instances, attempting to waive privilege of part of one communication can even result in the waiver of privilege in respect of an entire negotiation or suite of documents because it is important, as a matter of public policy, that a partial picture should not be presented to a court.

Without prejudice privilege can also be waived if a communication is inadvertently adduced. In those circumstances an order of the court will be required to determine inadmissibility, and the party against whose interests the communication operates will have to rely on the court disregarding what it has seen in any subsequent litigation.

A final trap for the unwary arises from the fact that without prejudice privilege is a joint privilege, which applies to communications between, and therefore protects, both parties. That means that privilege is also waived jointly. If and when one party seeks to waive privilege, the circumstances of the case and the other party’s reaction can confirm the admissibility of the communication in question.

Parties should also be aware that communications marked ‘without prejudice save as to costs’ may be shown to the court following judgment of the main dispute. Such communications can reveal how reasonably (or not!) a party has acted, and can be highly influential as to the determination of any costs award.

A recent Court of Appeal case [2] is a clear example of some of the key aspects of without prejudice privilege operating in practice.

Mrs Suh, a litigant in person, was in dispute with a commercial landlord following its forfeiture of a business lease that Mrs Suh had held with her then-husband. Having no legal representation of her own, Mrs Suh requested a meeting directly with the landlord’s solicitor. At the outset of the meeting Mrs Suh explained that she wanted to know what was happening with the litigation and how it was progressing. Mrs Suh apparently then went on to make admissions (including that she had not personally signed pleadings and witness evidence in the case and that there had been subsisting rent arrears when the landlord forfeited the lease) which completely undermined her case, and upon which the landlord wished to rely. The landlord therefore argued:

The Court of Appeal unanimously disagreed with the landlord on all counts. The following legal and practical observations arise from the judgment.

On 1 March 2016 the issues of without prejudice privilege and waiver came before the Court of Appeal again, this time in the case of Cammack v Ashby & Others [5].

The claimant had been a tenant of the defendant and, having continued to pay rent after vacating a property, brought a claim to recover rent paid in error. The defendant brought a counterclaim for dilapidations and the parties commenced settlement negotiations. At a preliminary hearing of the matter on 11 October 2013 the claimant initially alleged that a settlement had been reached, but then raised an alternative legal argument. The hearing was adjourned and the parties continued to negotiate outside the courtroom. The claimant made a note of the out-of-court discussions of 11 October 2013 (“the October note”). Following a subsequent compromise of the substantive dispute, the case came before the court for costs to be determined. Taking into account the October note and its contents, the judge ordered that each party bear its own costs to that date, and that the defendant pay the claimant’s costs incurred thereafter.

The Court of Appeal:

The appeal was allowed in full.

Anyone who is involved in a dispute and considering contacting or negotiating with the other side outside of the litigation or investigation process should bear in mind the following practical advice.

If you would like any further advice or assistance in relation to the settlement of a dispute, or if you require guidance in relation to dealing with an unrepresented party, please do not hesitate to contact Gwendoline Davies or any member of Walker Morris’ Commercial Dispute Resolution team. 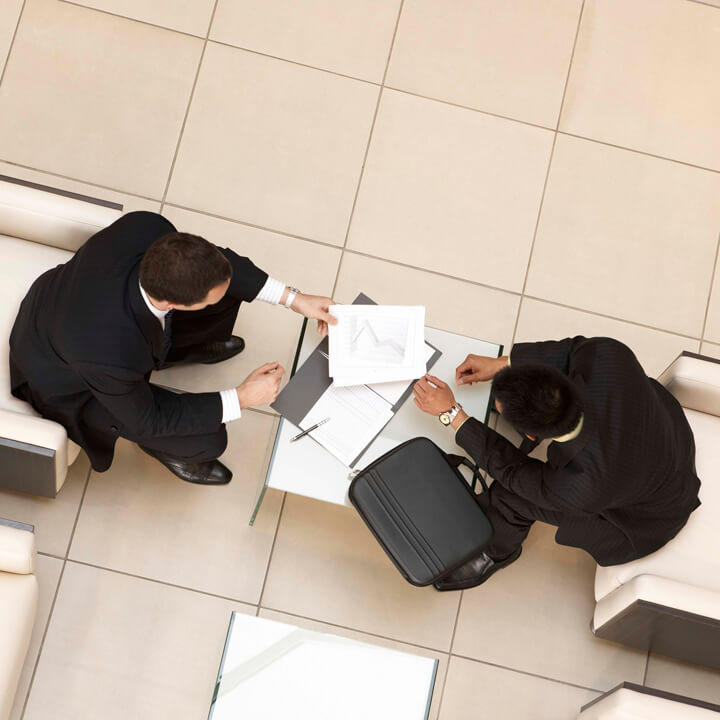