Walker Morris / Insights / When does ‘banter’ go too far?

When does ‘banter’ go too far?

As mental health becomes more talked about than ever in construction, Andrew Rayment discusses how and when workplace ‘banter’ crosses the line into bullying and harassment.

Nobody wants to ban ‘banter’ from construction sites or offices, which would lead to a stale atmosphere. However, employers must be clear when it crosses a line. To prevent a toxic workplace culture and the legal ramifications of allowing a culture of bullying and harassment to develop and thrive, employers need to take responsibility and have clear policies in place.

To what extent is banter taken too far in construction?

The latest Mental Health in the Construction Industry Survey (2021) found that, in the past year, one in five construction workers had been impacted by bullying in the workplace. A third of those workers buried the problem by going about their job as normal. The research found that 28% of employees said the bullying was labelled as banter. This number was significantly higher among younger people, with 50% of 21-24-year-olds and 43% of 25-34-year-olds reporting this experience.

These statistics illustrate the scale of the problem in the UK construction industry. Therefore, employers must be more aware of the signs of bullying and harassment in the workplace and create a culture that enables victims to feel safe about speaking to management about it. More than half of those who had experienced bullying said they wanted more confidentiality for any issues raised with management.

So what does taking banter “too far” mean?

Banter (noun) is defined as ‘the playful and friendly exchange of teasing remarks’ or to ‘exchange remarks in a good-humoured teasing way’ (verb), but what defines good-humoured and when does so-called friendly banter cross the line and become workplace bullying?

Banter in the workplace can be seen as a grey area which is why it can be difficult to navigate in an industry like construction. However, some things are out of the question when it comes to being a subject of banter – these include anything related to race, gender, sexual orientation, disability and religious beliefs. Although it is every individual’s moral duty to know what constitutes bullying, harassment and discrimination – and to some, it may seem common sense – it is ultimately an employer’s responsibility to ensure employees understand what is ‘too far’.

The 2021 Mental Health in the Construction Industry Survey revealed that non-UK citizens are more likely to be subjected to bullying, with 31% affected against 18% of UK citizens. This in itself demonstrates the level of discrimination in the UK construction industry, despite it being an industry that has employed a large number of workers from outside the UK.

Both. If an employee complains about discrimination of any kind, it is the employer that will have to investigate it and discipline the responsible employee. But the employer can also be in the firing line at an Employment Tribunal, even if they were unaware the discrimination had even occurred. So, to protect workers and the business’s reputation, employers must ensure they create a culture that does not enable banter to cross the realms into bullying or discrimination in the first place.

It is important that employers have a clear anti-bullying and harassment policy that they communicate to the entire workforce. They should have this as a standard, but what they do with it is more important. Do they regularly bring it to their employees’ attention? Do they provide supplementary training? These are two things which, as a minimum, a tribunal would expect to see if it is to ‘excuse’ the employer from the discrimination.

If banter is perceived as discrimination, what action should the employer take?

The employer will need to conduct a thorough, independent investigation into the allegations. But if they are found to have occurred, dismissal will often be the appropriate disciplinary sanction if the discriminatory comments are allegedly ‘banter’ – otherwise, the employer will be seen as tolerating discrimination.

Employers in the construction industry need to have the correct procedures to ensure bullying and harassment are not tolerated. They must also have an open-door policy for any employee wishing to talk to them about these issues so that there is a culture of honesty, confidentially and trust.

Employees have an increasingly better understanding of their legal rights in the workplace and employers must take every allegation seriously, despite it often being brushed off as ‘banter’ by colleagues. 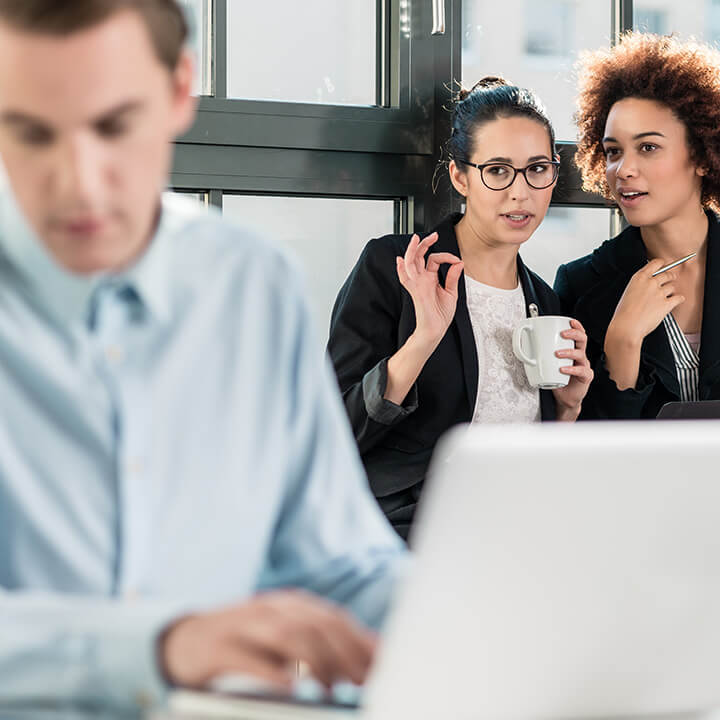