In uncertain times, flexibility is key. The need for businesses to react and adapt to changing markets to keep trade moving is just one of the forces driving increasing demand for short-term, flexible office arrangements. Specialist real estate litigator David Manda looks at the popularity of, and potential pitfalls associated with, flexible office space, and offers his practical advice.

Political and economic change in recent years has simultaneously created uncertainty (largely due to Brexit), and opportunity through technology and expanding sectors. This is evidenced by growing numbers of entrepreneurial start-ups and SMEs. These market forces have created increased demand for a relatively new form of occupancy – flexible office space.

What are flexible office arrangements?

Flexible office arrangements are rented work spaces that are fully serviced and maintained by an operator. They can vary in size from a single desk to an entire floor, depending on the occupant’s needs which may change over time. The take-up for flexible offices increased by 150% in 2017, and further exponential growth is predicted as not only start-ups and SMEs, but also larger corporates, increasingly embrace modern, flexible and fluid working practices.

At first glance, it’s not difficult to see why this form of occupancy has become so popular. Agreements can be made, and occupation can commence, quickly and easily. Arrangements are typically made via a licence for any duration that suits the occupant. This creates a flexible and practical arrangement, ideal for coping with an ever-changing market, and providing room for businesses to grow and develop how and where they wish.

However, the flexible office space model can have implications that are legally problematic and that can even compromise businesses’ commercial interests. As such, an important question is whether the traditional lease/licence system can be better deployed to meet today’s fast-changing and dynamic landscape.

It is common for property owners to let others in to occupation of their premises on the basis of informal discussions as to terms and payment, without that arrangement ever being formally documented. Similarly, in the case of flexible office arrangements, it is common for occupiers to sign what they think are serviced office ‘licences’ without taking legal advice and without ever really understanding the legal and commercial implications.

In fact, case law [1]  confirms that if a person or business occupies premises, the freehold or superior interest of which is owned by somebody else: (a) for a term (that is, for a fixed period or for a period which can be ascertained by reference to a termination notice period); and (b) exclusively (that is, without interruption and with the ability to exclude the owner or any other party at any or at certain times) then, regardless as to how the occupation arrangement is named, documented or otherwise referred to, it will be – as a matter of law – a lease, and not a mere licence.

The distinction is important. In particular, a licence is simply a personal, contractual permission for the licensee to do something – in this context to occupy land.  A licence does not confer any proprietorial rights, it cannot be assigned and it does not survive any change in the ownership of the freehold/superior interest.  Crucially, a licence does not confer any security of tenure, and so a licensee’s position is precarious.

In contrast, a lease (or a tenancy, those terms are interchangeable) is much more than a contractual permission – it is an estate in land. A lease can therefore be bought and sold; it survives changes in ownership of any superior interests in the land; and, where it is a lease of commercial premises and the requirements of Part II of the Landlord and Tenant Act 1954 (the 1954 Act) are met, it affords the tenant security.  That means that the tenant’s occupation cannot be brought to an end, even following expiry of the lease term, unless and until the landlord can establish (at court if necessary) one or more of certain limited statutory grounds for repossession.

Whilst it is understandable that businesses may not be attracted to the commitment of a long term lease, protracted negotiations over terms, or potentially onerous and often costly repair and maintenance obligations, there is an important line between flexibility and precariousness. Leases can provide security where a licence cannot.

A crucial factor in any business’ success is the goodwill it builds up in the locality. That can quickly be lost if the occupier is forced to quickly relocate. Similarly, if a business relies on its particular location for, say, networking and knowledge sharing opportunities or the commercial advantages that arise from zonal clustering, occupying under a mere licence can represent a real vulnerability.

From the property owner’s perspective, one risk is the potential breach of alienation provisions if the owner is itself a tenant or licensee. Another very significant risk if the owner mistakenly believed that an occupier had a licence only is that it could actually face a security of tenure claim and a request for a 1954 Act renewal lease. That could, of course, delay or even prevent any recovery of possession or other proposed dealing with the property.

Beware too much informality

So, a misunderstanding on the part of a property owner or occupier as to the correct legal nature of any occupation of commercial premises can have devastating consequences. Unfortunately, that can often arise with flexible office arrangements.

The legal foundation on which many flexible office arrangements are built is shaky. The desire for speed and flexibility means that many comprise only informal, often verbal agreements, pursuant to which businesses take up exclusive occupation of space in return for regular payments to the serviced office owner/operator. That sort of situation generally results in the law implying a 1954 Act-protected lease, many of the terms of which will not actually have been negotiated between the parties and, of course, one or both parties may only have intended to grant or take a licence.

Quite apart from alienation and security of tenure issues, oral agreements are difficult to prove evidentially, and are therefore difficult to enforce if and when parties’ understandings of their respective responsibilities and liabilities differ.

Even where written serviced office agreements are put into place (and regardless as to whether they are genuine licences or 1954 Act-protected leases) the informal, fast-paced and ever-changing nature of the market means that variations as to occupation arrangements (for example, as regards to the number of desks or parking spaces needed, the particular services to be included, the sums payable, and so on) are often discussed and agreed orally only. As well as the potential for misunderstanding and evidential issues, that can result in parties inadvertently ending up in breach of express ‘No Oral Modification’ provisions (which are typically included in the ‘boilerplate’ of many licences and other commercial contracts). That happened in the recent case of Rock Advertising v MWB Business Exchange Centres Limited [2], which went all the way to the Supreme Court before it was resolved (at significant time and no doubt great expense) in favour of the licensor who was suing for arrears, rather than the occupier who believed it was only liable to pay an informally agreed reduced payment schedule.

The greatest benefit of flexible office arrangements can, therefore, also be the biggest downfall. Too much of a focus on flexibility and informality can mean that essential legal realities are overlooked or misunderstood. That can put parties to the time and expense of dealing with disputes and, paradoxically, it can lead to intractability in property ownership or occupation.

What are the practical considerations?

Firstly, businesses considering offering or taking flexible office space should consider their position from a practical aspect. By way of a few examples…

If you wish to offer flexible office space, does any existing lease or licence permit the sharing of or parting with possession, or will additional consents be required? To what extent will any flexible office arrangement impact your own business; and to what extent are you willing to effectively become a ‘landlord’?

Businesses considering taking flexible office space should consider whether the image and goodwill of their business are compatible with flexible offices. For example, if a business has a more traditional outlook or is inherently connected with its locality, this might be incongruous with flexible offices? Do you know who else occupies or is likely to occupy? Might your business benefit from clustering with others working in the same industry or environment; or might it be counterintuitive to share office space if that leaves you vulnerable to sitting in close quarters with competitors and/or at risk of exposing trade secrets or case sensitive information?

Owners and occupiers alike will should assess their needs in relation to the capacity of the building. If, say, a business requires a high volume of services such as wi-fi usage, data and postage, they may exceed the available capacity. Rights to charge for, or terminate as a result of, excessive usage are issues that should be considered upfront and specifically negotiated on a case-by-case basis.

There is no doubt that the commercial needs and desires of many of today’s business occupants have shifted away from the traditional long-term lease structure, and the popularity of flexible offices shows no signs of abating. On the other hand, increased certainty of income stream, clarity of terms, and higher portfolio valuations may mean that traditional lease models continue to be more attractive to landowners and funders. So, is there a middle ground – and one without the pitfalls associated with overly informal serviced office arrangements – that might represent the best solution?

Contracting parties often believe that, where a short term occupancy arrangement is contemplated, that does not merit the putting into place of a formal lease. Parties often believe that the time and costs involved in instructing a solicitor and completing the necessary legal documentation are not justified, and they worry that leases can be too much of a commitment.  However, that can be a false economy.

In fact, the best advice is for office owners and [proposed] occupiers respectively to speak to a real estate specialist to ensure that they understand exactly what they each want to gain out of any occupancy arrangement; the responsibilities that they are prepared to take on; the risks that they want to avoid; and what is the best legal means of achieving those ends.

In the majority of flexible office arrangements, a short term or periodic lease that is contracted out of the security of tenure provisions of the 1954 Act, but which contains provisions to prevent the owner from terminating without notice, will suit, and protect, both parties. Where a flexible office arrangement genuinely does not result in any exclusive occupation of premises (and such situations are rare and should be assessed on an individual basis by a property law specialist), a simple licence will suffice. Either way, more often than not, completing a simple but formal lease or licence document upfront will save significant time, cost and inconvenience in the end – and will therefore be entirely consistent with the aims of the flexible office model. 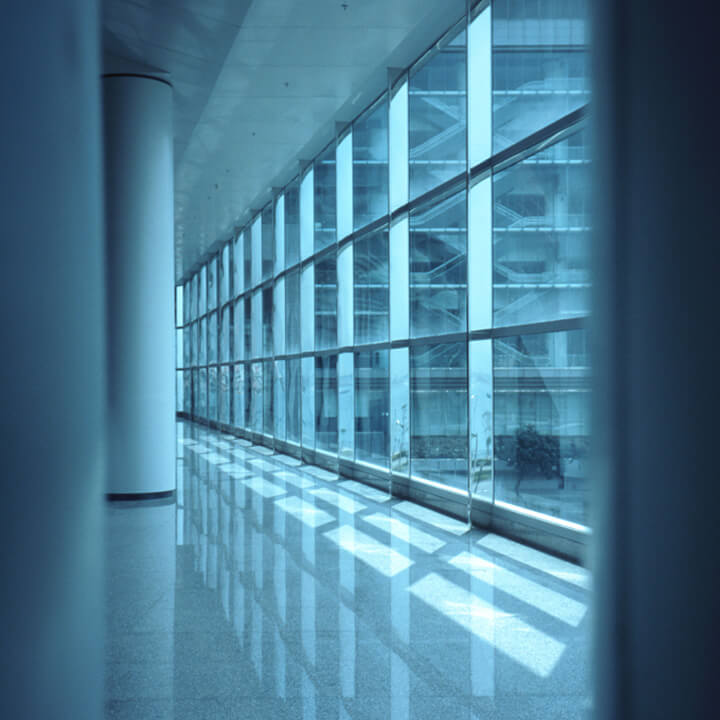