Kamila Valieva is a 15-year-old Russian figure skater, nicknamed Miss Perfect, who has set 9 world records and is the 2022 European Champion and Russian Champion. Representing the Russian Olympic Committee, she is also the 2022 Olympic Champion in the team event and was favourite for the gold medal in both the women’s single skating free and short programmes. Despite these amazing achievements, Valieva is perhaps most famous for being at the centre of the latest doping scandal involving Russian athletes, after she returned a positive result for a performance enhancing drug while competing at the 2022 Beijing Winter Olympics. Nevertheless, the Court of Arbitration for Sport (CAS) determined that, as Valieva qualified as a protected person, she should not be provisionally suspended and should be allowed to continue to compete.

It appears that CAS are now prepared to be more lenient with younger athletes who receive a positive test and that they may allow such protected persons to continue to compete whilst investigations into how it came to be that a banned substance was found in the relevant sample are finalised. This perhaps shows an acknowledgement by CAS of the vulnerability of young athletes when it comes to doping.

On 7 February 2022, a urine sample that Valieva had submitted for drug testing on 25 December 2021, at the 2022 Russian Championships, tested positive for traces of the banned substance trimetazidine, known as ‘TMZ’ at a World Anti-Doping Agency (WADA) laboratory in Sweden.

The following day, Valieva was notified of the result by the Russian Anti-Doping Agency (RUSADA) and provisionally suspended with immediate effect.

Together, the International Skating Union (ISU), WADA, and the International Olympic Committee (IOC) appealed RUSADA’s decision to lift Valieva’s suspension to CAS. CAS heard the case on 13 February 2022 and dismissed their appeal, ruling that Valieva should not be provisionally suspended for the failed drugs test. As such, Valieva was then free to compete in the Winter Olympics women’s individual figure skating competition.

CAS’ Director General, Matthieu Reeb, stated that Valieva “should benefit from the following exceptional circumstances: she is under 16 and a protected person under the WADA code”. Furthermore, CAS emphasised that the untimely notification of the results, nearly 6 weeks after the submission of the urine sample, presented serious issues that also played a part in their decision to dismiss the appeal.

Following CAS’ decision, the IOC indefinitely postponed the medal ceremony for the figure skating team event and stated that no medal ceremony would take place in an event where Valieva won a medal.

TMZ is used to treat angina, chest pain usually caused as a result of insufficient blood flow to the heart muscle. It is usually taken once or twice daily by those suffering with the condition.

In a sporting context, TMZ can be used to increase endurance and blood flow efficiency; it prevents rapid swings in blood pressure and it improves physical efficiency.

TMZ is listed in the WADA’s prohibited substances list under the category of S4 hormone and metabolic modulators. Its use is prohibited at all times, both in and out of competition. Previously, two other notable athletes have been banned for testing positive for TMZ:

Currently, the period of ineligibility if a person tests positive for TMZ are:

TMZ is similar to meldonium, a drug which has featured in allegations against other Russian athletes for doping. Alexandr Krushelnitckii, a curler, and Maria Sharapova, a former world no.1 tennis player, have been banned for testing positive for meldonium in the past.

There are two instances where a mandatory provisional suspension may be lifted. These are the following:

Valieva has contended that her sample received a positive result because of contamination with her grandad’s medicine, but RUSADA Disciplinary Anti-Doping Committee’s decision to lift the provisional suspension is not yet disclosed. RUSADA has stated that a report will be issued in due course to all concerned parties detailing the reasons why the provisional suspension was lifted. Consequently, it remains uncertain as to the reason why Valieva’s appeal to RUSADA was successful.

Delay in notification of the results

WADA expects anti-doping organisations, such as RUSADA, to liaise with laboratories to expedite the analysis of samples where those samples relate to athletes that are competing in upcoming events.

WADA has reasoned that when the laboratory in Sweden received Valieva’s sample it was not marked by RUSADA as a priority sample. As such, the Swedish laboratory did not fast-track their analysis of the sample.

Valieva as a Protected Person

Under the WADA Code, a protected person is an athlete, who at the time of the anti-doping rule violation:

To receive a reduction in their period of ineligibility, the protected person needs to establish that they had no significant fault or negligence in their violation. Therefore, they have to demonstrate the following:

If the protected person can establish the above criteria, then their punishment for the doping violation ranges from a simple reprimand up to the imposition of a maximum period of ineligibility of 2 years (dependant on the athlete’s level of culpability).

This seems unlikely in this instance, given the current media scrutiny, but usually protected persons who commit anti-doping violations can be exempt from having their sanction made public. If the violation is to be disclosed then the publication needs to be proportionate to the facts and to the case.

CAS took a stricter approach in a previous case where Andreea Răducan, a Romanian gymnast, won gold in the all-round gymnastic final at the 2000 Sydney Olympic Games as a 16 year old. She was banned after testing positive for pseudoephedrine, a banned stimulant which can increase time to exhaustion, power output and running speed. It is commonly found in over-the-counter cold and flu remedies.

The IOC Drug Chief at the time, Prince Alexandre de Merode acknowledged that the anti-doping rule violation was an accident and that she was not directly responsible, given that she was provided the drug by the Romanian team doctor, after complaining of a fever and a cold.

In this instance, Mattieu Reeb stated that CAS found “in balancing the interests of Miss Răducan with the commitment of the Olympic Movement to drug-free sport, the Anti-Doping Code must be enforced without compromise”.

In light of their appeal and the IOC’s statement that a medal ceremony would not have taken place if Valieva had won a medal in any further Olympic event, it seems clear that the IOC, ISU and WADA (as well as a number of figure skaters competing at the Beijing Winter Olympics) disagree with CAS’ decision to allow the lifting of the provisional suspension. This was clearly a tough decision for CAS, with the integrity of sporting competition on the one side and the protection of a very young athlete on the other.

It appears that CAS are now prepared to be more lenient with younger athletes who receive a positive test and that they may allow such protected persons to continue to compete whilst investigations into how it came to be that a banned substance was found in the relevant sample are finalised. This perhaps shows an acknowledgement by CAS of the vulnerability of young athletes when it comes to doping.

Valieva ultimately finished fourth in the women’s free skate event, which meant that the medal ceremony could go ahead and each medallist got the chance to be presented with their medal in front of a public audience at the games, something any medallist thoroughly deserves.

It is difficult to say whether the decision to lift the suspension was the correct one; the situation clearly affected Valieva mentally and the sensible decision may have been for Valieva to head back home to get out of the spotlight and await the final results of the investigation.

Whatever the final determinations are in respect of Valieva’s positive result, this latest scandal has done little to ease the scrutiny on doping issues within Russia. 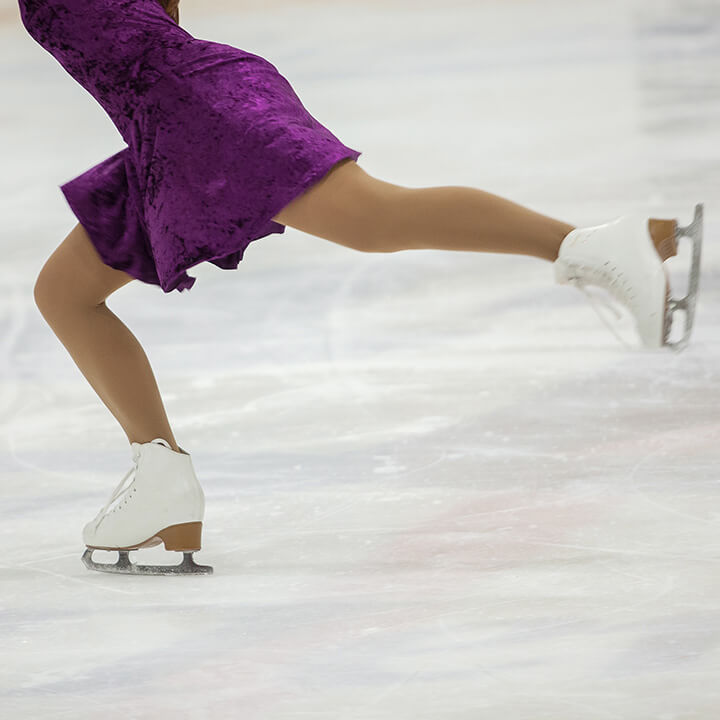