Walker Morris / Insights / Formation of contract and enforcement of terms: What negotiators need to know

Formation of contract and enforcement of terms: What negotiators need to know

Gwendoline Davies, Head of Commercial Dispute Resolution, and James Crayton, a partner in the Commercial Contracts Team, offer practical advice arising from the recent case of Volumatic v Ideas for Life [1], which highlights the risks of doing business in the absence of a concluded contract.

In the commercial world, so much is about contacts, communication and keeping up with changes, competition and advances in products and technology. As such, at the outset of many ventures, relationships are positive and parties are eager to get on with doing business together, often before legal documentation is put in place.  As this recent case demonstrates, however, there are some real risks associated with proceeding in this way – even in the context of long-standing commercial relationships.

Formation of contracts: back to basics

A contract is formed when all of the following key elements are present: offer; acceptance; consideration (that is, money or money’s worth); certainty of terms; and intention to create legal relations.

In a commercial context there is a rebuttable presumption of an intention to create legal relations and the burden is on the party claiming that a binding contract has been made to prove the intention to create legal relations. That can be evidentially difficult in the absence of any express agreement. Equally, however, where there is any express agreement, the burden of proving that there is no contractual intention is a heavy one [2].

The recent case of Volumatic v Ideas for Life covers many of the issues that can arise, and is a cautionary tale for all commercial contracting parties.

The claimant manufactured a product, a component part of which had been provided, for several years, by the defendant. When the claimant wanted to upgrade its product in 2004, it required a new and improved component from the defendant, and the parties commenced negotiations accordingly.

Various draft contracts were sent between the parties, but nothing was signed or completed. In 2005 the parties reached agreement in a meeting about the way forward. Neither party asserted that a binding contract had come into being at that meeting. Following the meeting, the parties drafted and signed an agreement (the agreement) which related to the design and production of the new component and which provided for various stages of works and payments. The agreement also provided that, subject to certain conditions being satisfied, the defendant would transfer intellectual property rights (IP) to the claimant. The agreement also stated that a formal legal document would be drafted in due course. The parties proceeded to do business together.

It was not until 2016 that the claimant sought to enforce the term of the agreement that the defendant would transfer the IP to it. The dispute then arose as to whether the agreement amounted to a legally binding contract.

The High Court held that there was no intention to create legal relations and that, in the absence of that essential element, the agreement was not an enforceable contract.

…on the issue of intention to create legal relations

…and on the issue of the parties’ conduct over time

In the vast majority of commercial cases, the best advice will be for parties to wait until a formal written contract has been completed before they start work or otherwise invest any significant time or money. In today’s fast-paced business world that is not always possible or practicable, however, and so for further advice, or assistance in relation to any of the issues covered in this article, please do not hesitate to contact Gwendoline Davies or James Crayton. If you think training would benefit your organisation, please contact Gwen or James, who would be happy to assist. 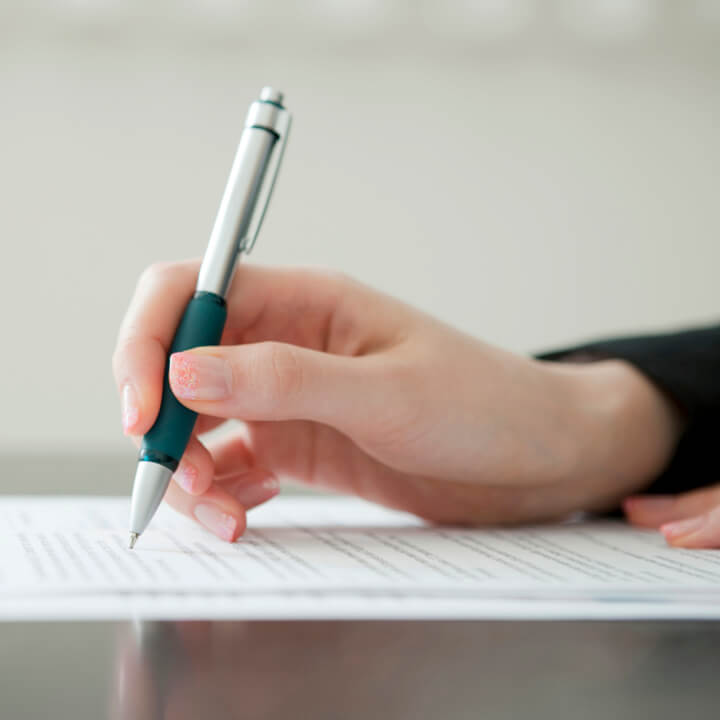