In times of economic decline or uncertainty, parties often seek to extricate themselves from contractual commitments which, perhaps for reasons outside their control, are no longer commercially favourable. One strategy in such cases is to invoke the contract’s force majeure clause. This is especially pertinent in the current economic climate, where businesses are negotiating uncertainty and wide-ranging commercial pressures following Brexit, then Coronavirus/Covid, and now the ongoing Russian invasion of Ukraine. 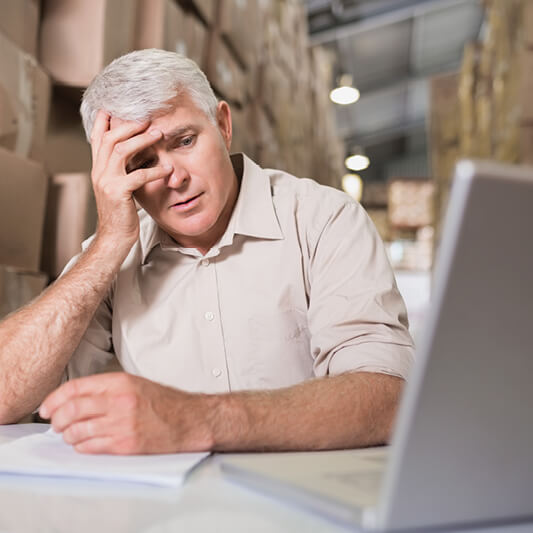 What is a force majeure clause?

A force majeure clause typically excuses one or both parties from performance of the contract in some way, following the occurrence of certain events. Its underlying principle is that, on the occurrence of certain events which are outside a party’s control, that party is excused from, or entitled to suspend performance of all or part of, its obligations. The term ‘force majeure’ has no recognised meaning in English law and should therefore be expressly defined in the contract.  Commercial contracts typically define force majeure as covering exceptional events such as ‘acts of God’, natural disasters, terrorism, strikes, government acts, building collapse, fire, and the like [1].

In this recent case [2], the Court of Appeal confirmed that a buyer under a contract was entitled to repayment of an advance where the seller had not delivered goods for force majeure reasons.  The Court of Appeal reached its decision based on both the natural meaning of the language in the particular contract and business common sense.

The decision is consistent with prior authority on the issue of contractual interpretation [3], but it is of particular interest because the court commented that it would be “surprising” if a contract for the sale of goods did not include a provision requiring the return of an advance payment in the event of non-delivery and it considered this to be a reasonable starting point for the construction of such a clause.  The Court of Appeal’s approach, which was fairly robust, is likely to be persuasive when it comes to the interpretation of force majeure provisions in sale of goods/commercial contracts generally.

The parties entered into a contract on 21 February 2019 which provided that New Stream would sell 30,000 metric tonnes of diesel to Nord Naphtha. The contract provided for an advance payment to be made.  It also included a force majeure clause excusing performance where there were interferences with supplies outside New Stream’s control.

On 22 February 2019 Nord Naphtha paid the advance of US$16,059,600 to New Stream. However, on 17 April 2019, New Stream confirmed to Nord Naphtha that a force majeure event had occurred and that delivery would be delayed. The diesel was in fact never delivered and Nord Naphtha terminated the contract on 30 June 2020 seeking repayment of the advance.

Clause 14.5 of the contract provided:

In interpreting clause 14.5 at an earlier hearing, the Commercial Court stated that it would be a “very surprising result” if the clause was to be constructed in a manner that meant Nord Naphtha had no ability to recover the prepayment in any circumstances. It also stated: “One can only make sense of Clause 14.5 by reading into it an express obligation to repay. If that is wrong, a repayment obligation is so obvious that it fulfils the requirements for an implied term” [4].  The Court of Appeal confirmed that the Commercial Court’s decision was correct.

In looking at the construction and language of clause 14.5, the Court of Appeal decided that a repayment obligation had been both created and confirmed where New Stream could not deliver the diesel under force majeure circumstances. The court noted that to interpret the clause in any other way would make for an extremely unbalanced contract of little commercial value to Nord Naphtha.

Why is MUR Shipping BV v RTI Ltd of interest?

In another recent case [5], an appeal was allowed in relation to the construction of a force majeure clause in the context of Russian sanctions. Although the sanctions in this case related to those imposed by the US in 2018, many similar claims are likely to be seen coming through the courts in light of the renewed and ongoing sanctions being imposed on Russia following the invasion of Ukraine.

The decision is of particular interest because the court allowed reliance on force majeure despite the fact that the sanctions did not bite directly on the party in question.  Rather, it was sufficient that delays to US dollar payments as a result of sanctions would indirectly impact the party’s ability to perform the contract.

The case confirms some important legal authority of which businesses potentially affected by sanctions imposed following the Russian invasion of Ukraine (albeit possibly indirectly), should be aware:

In June 2016, the parties entered into a shipping contract for the transport of several consignments of bauxite from Guinea to Ukraine. Some two years later, in 2018 the charterer’s parent company became subject to sanctions.  The ship owner invoked the force majeure clause on the basis that the sanctions would prevent US dollar payments which were required under the contract.

The force majeure clause in the contract included: “…extreme weather conditions, war, embargo, any rules or regulations of governments or any interference or acts or directions of governments, restrictions on monetary transfers and exchanges…”  The contract also specified that any such event should only be considered to be a force majeure event if it “cannot be overcome by reasonable endeavours from the Party affected”.

Following imposition of the sanctions, and relying on the reasonable endeavours provision, the charterer argued that payment should be made in Euros.  The ship owner refused.

The dispute was originally referred to arbitration where the Tribunal considered that the issue of non-payment could have been overcome if payment was made in Euros.  The Commercial Court granted the ship owner’s appeal, however, finding that the parties were contractually bound to US dollars payments.

Jacobs J stated: “Having considered the case-law in this area, I am ultimately persuaded that the exercise of reasonable endeavours did not require the Owners to sacrifice their contractual right to payment in US$, and with it their right to rely upon the force majeure clause. If there was a contractual right to payment in US$, and a contractual obligation to pay in that currency, then this was a right and obligation which formed part of the parties’ bargain. The exercise of reasonable endeavours required endeavours towards the performance of that bargain; not towards the performance directed towards achieving a different result which formed no part of the parties’ agreement”.

Businesses may be pleased to note that the case is another recent example of the courts taking a commercially sensible approach which does not too easily rob a party of its right to terminate for force majeure.

One to watch:  Cyber attacks and force majeure – Oiltanking and Mabanaft

Even more recently, force majeure has arisen in the context of yet another risk facing businesses today: cyber attacks. In January 2022, German fuel distributors Oiltanking and Mabanaft announced they had been hit by cyber attacks which had affected their IT systems and had led to significant disruptions to business operations.  The companies declared a force majeure event in respect of various contracts.

Increasing numbers of cyber attacks are targeting businesses, with attackers intent on slowing down or even completely halting a business’s ability to trade. Whether a cyber attack is capable of being a force majeure event will depend on the specific wording of the contract, but it will be interesting to see the approach the courts take if/when any such cases fall to be decided via litigation.  Walker Morris will monitor and report on any key developments [6].

In the meantime, businesses should give careful consideration as to whether it will be preferable or reasonable for force majeure provisions to cover cyber attacks in their commercial contracts.  The answer will depend on the nature of the business and contract in question and, in particular, on how central is the issue of cyber security.  Specialist legal advice will be required.

Walker Morris’ Dispute Resolution experts have a wealth of experience in advising clients on complex issues of contractual interpretation and supply chain disruption, including the operation of force majeure and other termination options.  The team has significant expertise in providing commercially-focused legal and practice advice to businesses, from both a risk management and a dispute resolution perspective, and taking into account issues arising specifically in the context of Brexit, the pandemic, international sanctions, and more.

For further information or advice, please do not hesitate to contact Gwendoline or Jack.

[1] For more detailed legal and practical advice in relation to force majeure per se, please see our earlier briefing

[4] There is a notoriously high bar before a term can be implied into a commercial contract.  It seems that bar was met in this case.  See Walker Morris’ earlier briefings on implying terms here and here