First “no jab, no job” decision is published

In the first case of its kind[1], and giving much-needed reassurance to those in the healthcare sector, a care assistant has been found to have been fairly dismissed following refusal of the Covid-19 vaccination.

The Claimant was employed as a care assistant by the Respondent employer, a family-run business providing residential care for dementia sufferers.

At the time, there was no legal requirement for employees in this sector to be vaccinated against Covid-19, but against the background of a daily national average of 100,000 Covid-19 cases and 1,500 Covid-19 related deaths, a large percentage of which were in nursing home settings, the government began rolling out Covid-19 vaccinations to care workers in December 2020.   Due to an outbreak at the care home, which resulted in a number of deaths, the Respondent rescheduled staff and resident vaccinations for early January 2021. The Respondent required all staff to be vaccinated as a measure to protect residents, although there was some disagreement about how well it was communicated to staff that they would face disciplinary action for refusal.

A day before the scheduled vaccinations, it became apparent to the Claimant that there was a risk of disciplinary action should she refuse to have the vaccine. During a call with her employer, the Claimant raised concerns that the vaccine had been rushed through testing and she did not trust that it was safe. The Claimant also explained that she had read conspiracy theories on the Internet and believed the government was lying about its safety.

The Claimant refused to be vaccinated, was suspended, and was invited to attend a disciplinary hearing.

During the hearing, the Claimant stated that she had refused the vaccine as it was against her Rastafarian beliefs to take any form of non-natural medication. As the Claimant had not raised her religious beliefs previously, the Respondent believed that the Claimant was lying in order to have a more plausible reason for remaining unvaccinated. The Respondent explained to the Claimant that its insurers would not provide public liability insurance for Covid-19 related risks following March 2021, leaving the Respondent potentially liable if unvaccinated staff were found to have passed the disease to a resident or a visitor.

The Respondent believed that the Claimant would pose a real risk to the health or lives of the residents, staff and visitors of the home, and took the view that an exception could not be made for one member of staff. All other members of staff had been vaccinated. The Claimant was offered a further opportunity to have the vaccine, which was again refused, resulting in the Claimant’s summary dismissal for gross misconduct on the ground that she had failed to follow a reasonable management instruction to be vaccinated.

The Claimant brought claims against the Respondent for unfair and wrongful dismissal. Both of these claims were unsuccessful, with the Tribunal concluding that the Claimant’s refusal to have the vaccine was gross insubordination/ refusal to carry out legitimate instructions and a serious breach of one of the Respondent’s disciplinary rules requiring her not to take action which would threaten the health of others.

The Tribunal found that the Claimant’s dismissal for refusing to have the vaccine was an interference with the right to respect for her private life under Article 8(1) of the European Convention on Human Rights. However, the Tribunal concluded the interference was justified under Article 8(2), as permitting an unvaccinated person to work in the home would pose a significant and unjustified interference with the Article 8 rights of the residents, other staff and any visitors. The Tribunal found the Claimant’s fear and scepticism to be unreasonable in the circumstances as she had no medical authority or clinical basis for not receiving the vaccine. In comparison, the Tribunal believed the Respondent’s decision to make vaccinations mandatory corresponded to a pressing social need to reduce the risk to the residents who were among those most vulnerable to severe illness and death from catching Covid-19.

Whilst this judgment illustrates that an employer is entitled to introduce its own mandatory vaccination policy, and that it is possible for an employee’s refusal to be vaccinated to provide a fair reason for dismissal, the Tribunal cautioned that this decision does not mean that a refusal to be vaccinated will always amount to gross misconduct, or even misconduct at all, in another case on different facts. The relevant circumstances here included the recent outbreak of Covid-19 in the home, the vulnerability of care home residents, the insurer’s refusal to cover Covid-19 related risks and the advice available to the Respondent at the time. The case is also a first instance decision and is therefore not binding on other Tribunals. It may therefore be more difficult to prove that such a dismissal is reasonable outside of the health and social care sector.

Employers should also be aware that mandatory vaccination policies could result in other claims not pursued in this case, for example, discrimination based on disability, pregnancy or religion. As always, it is imperative that any dismissals follow the correct processes and procedures.

This decision also highlights the importance of keeping accurate records, as whilst the contents of the initial conversation held between the Respondent and the Claimant were disputed, the Tribunal was inclined to believe the Respondent’s account as an attendance note had been produced shortly after the call.

You can read more about the legal requirement for care home workers to be vaccinated here. This legislation has recently been extended to cover other medical professionals, outside of a care home setting, with effect from 1 April 2022. 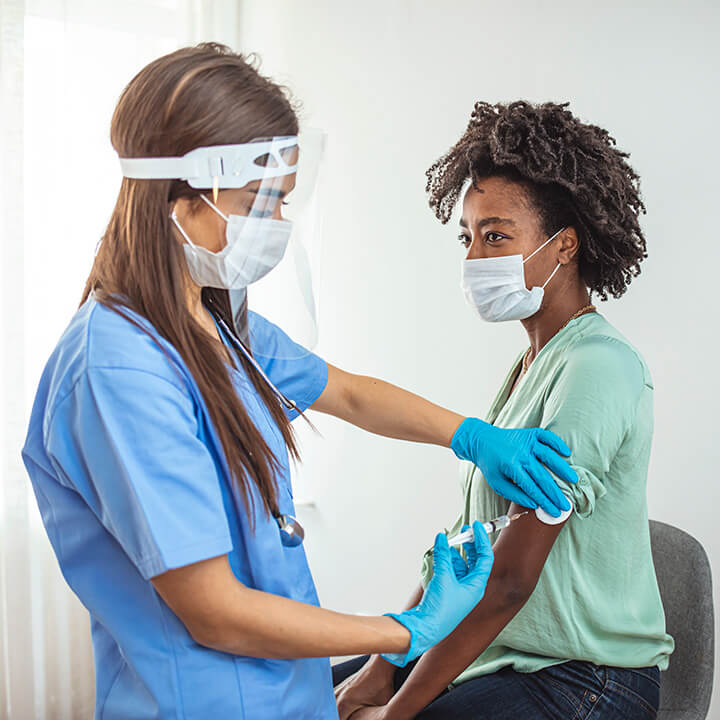