Drone usage and the law

It is likely that, in the run-up to this Christmas, perhaps more online shopping will have been done than at any time ever before. Amid news stories about traffic congestion being caused by the growing numbers of delivery vans on our roads, and as technological innovations develop apace, retailers may be increasingly tempted to consider drone delivery as an option.  Other potential uses for drones in today’s commercial world include surveillance, image-capturing and data collection. However, the increasing usage of drones has highlighted ambiguities in the relevant and applicable law. Jane Weaver and Martin McKeague, Real Estate and Real Estate Litigation experts respectively, and both specialists within Walker Morris’ Retail team, take a look at some of the issues of which drone operators need to be aware.

What are the legal issues?

Small unmanned aircraft [1] are now widely available for commercial use. More popularly known as drones, they can cause injury or damage if they are not used responsibly and so are subject to specific rules relating to the way they are operated.

Primarily the law relating to the flight of drones is governed by statute. Section 60 of the Civil Aviation Act 1982 and the Air Navigation Order 2016 SI 2016/765 (the Order), regulate and place obligations on drone operators and pilots so that it is an offence if any provision is contravened.

In particular, anyone using a drone needs to be aware of the regulations in the Order shown below.

Apart from relevant legislative provisions, causes of action for the unlawful flying of drones may also lie in common law trespass and/or nuisance [3].

Trespass is the physical intrusion on another’s land; and nuisance is an interference with the use of enjoyment of one’s land, without a physical intrusion, but which causes damage. Whilst ‘land’ is not confined to physical, horizontal boundaries, the vertical extent of a piece of land for the purposes of a drone usage claim in trespass or nuisance is, as yet, untested and unknown.

The Civil Aviation Authority (the CAA) has published guidance (CAP 722, which was amended in July 2018) on how to comply with the Order.

However, there is no doubt that the technology and the demand for drone usage are developing quicker than the law, so this area remains ‘one to watch’. Walker Morris will report on key developments, but in the meantime it will be prudent for retailers and any other businesses considering the use of drones for any commercial purposes to take specialist advice in connection with their particular requirements.

[1] A small unmanned aircraft is any unmanned aircraft, other than a balloon or a kite, having a mass of not more than 20 kg without its fuel but including any articles or equipment installed in or attached to the aircraft at the commencement of its flight.
[2] In aviation terms, ‘height’ means the vertical distance of an object above the surface of the earth. It does not automatically apply to heights/distances from tall buildings or other structures: in such cases, additional permission from the CAA will be required.
[3] Section 76 of the Civil Aviation Act 1982 does, however, provide a statutory defence to a trespass or nuisance claim if the drone flight is at a reasonable or ordinary height and is carried out in accordance with the Order. 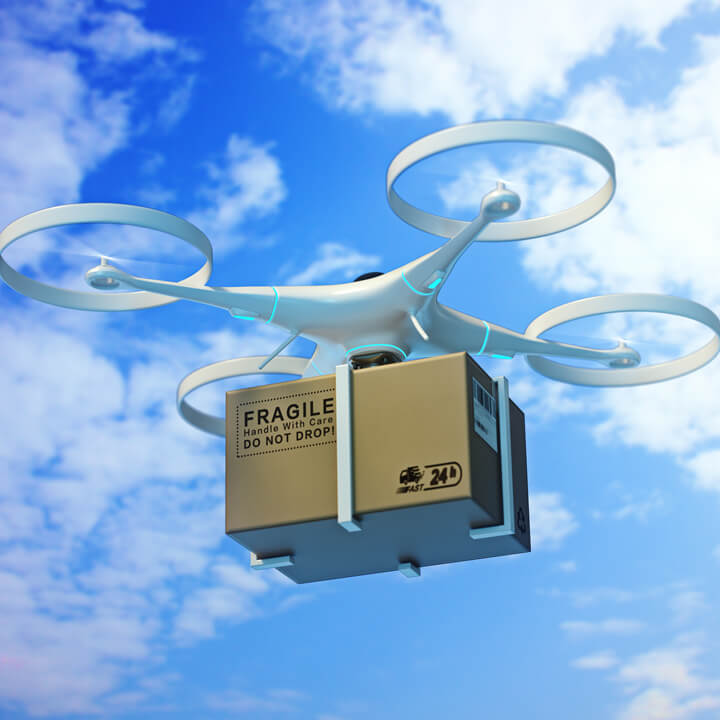