Walker Morris has written previously on the leading cases of Arnold v Britton and M&S v BNP Paribas, which offered Supreme Court clarity on crucial legal principles underpinning the correct approach to contractual interpretation and the implication of contractual terms respectively. Despite such authority, however, myriad questions surrounding the interpretation of commercial contracts have continued to hit the legal headlines.  What do the most recent cases tell us, and what practical lessons can commercial clients and lawyers learn?

In this article we simply summarise some of the key issues to come out of commercial contract cases from recent weeks, but please do not hesitate to contact us for a more detailed discussion on any of the issues covered, or indeed any other commercial contract query or concern.

‘Subject to contract’ and subsequent communications

In Global Asset Capital, Inc v Aabar Block S.A.R.L. [1] the Court of Appeal considered whether (and if so, the point at which) a contract had come into existence, during an exchange of communications.  The basic principles of contract formation are explained in our previous article, Commercial contract formation: Don’t forget first principles (also in this issue of Disputes Matter) and in our earlier piece, Contract formation: What constitutes acceptance?  One tactic that is frequently deployed with the aim of preventing a contract from being formed prematurely is to mark correspondence ‘subject to contract’.

In this case a ‘subject to contract’ letter setting out proposed contractual terms had been sent. Global then alleged that a contract was concluded during a subsequent telephone call which simply required that the letter be re-sent in an open and binding form.  The Court of Appeal disagreed with Global, noting:

The key takeaway from this case is that the court does place significant weight on the ‘subject to contract’ endorsement and will hold it to negate contractual intention in the majority of commercial cases.  All communications and travelling drafts should therefore be clearly marked ‘subject to contract’ if (as is recommended) commercial parties intend their contractual arrangements to be embodied in written contractual documents containing all appropriate terms which come into legal effect at the intended time, and not before.

One case, three issues, no contract

In Teekay Tankers Ltd v STX Offshore & Shipbuilding Co. Ltd [2] a contract for the purchase of some ships provided that the delivery date “shall be mutually agreed” and that the shipbuilder would use its “best endeavours” to deliver the ships within a particular time period.  The High Court had to consider: (1) whether the clause in question was enforceable or void for uncertainty; (2) if it was unenforceable, whether a term could be implied to lend sufficient certainty; and (3) the impact of the phrase “best endeavours“.

Concluding that, despite the parties’ clear intention to be legally bound, the purported contract was void for uncertainty, the High Court held:

The key takeaway from this case is that, although it might be possible in some circumstances to imply terms to save an uncertain ‘agreement to agree’ and/or to give effect to an ‘endeavours’ provision, both of those options will depend on the facts of the case and the remainder of the wording of the contract.  By far the better course is to ensure that your commercial contracts are clearly and tightly drafted to include certain and measurable obligations from the outset.

When Chevrolet wound down its UK business during 2013/14 (reducing financial incentives, selling off UK stock and imposing deadlines on factory orders), two of its franchisees (collectively known as Toomey) sued for breach of express or implied terms in the franchise agreements [6].  Toomey argued  that Chevrolet was in breach of express terms regarding (non-exhaustively): the provision of financial incentives; maintaining UK stock; maintaining a network of UK dealers, which could be construed from the recitals to the franchise agreements.  In the alternative, Toomey argued that terms to the same effect were implied into the contract: (a) because they were commercially and practically necessary (in accordance with M&S v BNP Paribas); and (b) by virtue of the parties’ prior course of dealings.  Despite legal submissions which the High Court described as “excellent”, the court rejected Toomey’s claim on all counts, finding:

One key takeaway from this case is that, whilst it is often a good idea to include recitals to explain the purpose and intentions behind the contract in case that can aid in the construction or interpretation of contractual provisions in the event of a dispute, such provisions will not operate as express terms with binding contractual force if they do not contain operative obligations. Another is that, while a course of dealings between parties can be relevant in ascertaining the express terms of a contract where those terms may not be written or otherwise clearly evidenced, that will not be sufficient to enable a court to imply new terms.  It bears remembering that, in any case, the implication of terms into commercial contracts is potentially intrusive, such that no court will imply terms lightly.

The enforceability of ‘endeavours’ clauses

In Astor v Atalaya the defendant submitted that an endeavours clause is only enforceable if the object of the provision is sufficiently clear and there are objective criteria against which to measure the reasonableness of a party’s endeavours [8]. However the High Court disagreed and the following points arise:

The key takeaway from this case is that endeavours clauses will, in the majority of cases, be legally enforceable, but that does not necessarily mean that they are always practical and helpful to the parties.  In the interests of avoiding any dispute in the first place, it is surely preferable to consider whether a contractual obligation to use best/reasonable endeavours is really the best solution for your contract – might it not be better to set out specific obligations and measurable objectives?  Endeavours clauses are great for getting draft contracts agreed quickly and for giving wiggle room to the person with the obligation, but they can significantly increase the potential for dispute and can simply delay the argument from the contractual negotiation stage to the dispute.

In this article we have summarised some of the key issues to come out of commercial contract cases from recent weeks. Taken together, these cases demonstrate that the interpretation and practical application of contractual provisions remain fertile ground for dispute.  If you have any query or concern arising from your existing contractual arrangements, or if you would like some assistance in getting your commercial contracts right from day one, please do not hesitate to get in touch. 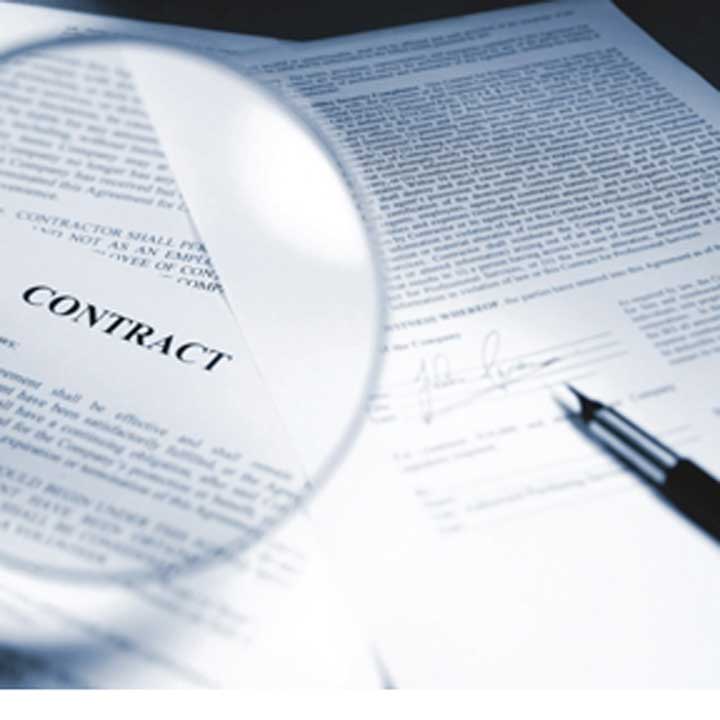