In Part 2 of our review of the key adjudication cases this year, we consider three Technology and Construction Court cases dealing with jurisdiction issues, the time limits for correcting clerical errors and the effect of agreeing to make an adjudicator’s award binding.

Don’t use the kitchen sink approach: be selective when you challenge an adjudicator’s decision

The Technology and Construction Court (“TCC”) has confirmed that the courts will ordinarily enforce an adjudicator’s decision and that challenges to an adjudicator’s jurisdiction will rarely succeed.

While the decision did not establish new law, it is another useful reminder of the court’s robust approach to adjudication enforcement and the limited circumstances in which a jurisdictional challenge will succeed.

Kingwood argued that the adjudicator did not have jurisdiction because:

Kingwood also argued that there had been a breach of natural justice because the timetable in the adjudication was too onerous and therefore unfair.

A dispute must have crystallised between the parties before it can be referred to adjudication. A dispute can ‘crystallise’ in many ways ranging from an outright denial of claims to ignoring another’s invoices or letters.

The court held that the dispute had crystallised between CSK and Kingwood because Kingwood had failed to pay the invoices in accordance with the contract or to issue a valid pay less notice within the required time. Further, Kingwood expressly said to CSK’s solicitors that the claims contained in the invoices were disputed and would be defended.

It is worth noting Coulson J’s comment that: ‘the crystallisation argument is almost never successful’.

Kingwood relied on the recent case of Eurocom Ltd v Siemens PLC [2014] EWHC 3710 (TCC), in which the claimant’s representative had fraudulently misrepresented to the relevant appointing authority the fact that a lengthy list of potential adjudicators could not be appointed because they would have a conflict of interest. In reality, there was no conflict of interest and this regrettable ruse was designed by the claimant to avoid the appointment of the adjudicators on the list. In consequence, the adjudicator’s appointment in Eurocom was invalid.

Kingwood argued that CSK had committed a similar act of fraud when appointing the adjudicator because the application for appointment stated “it is preferred that any of the adjudicators in the attached list are not appointed.  In fact, no list was attached and the court distinguished the current facts from those in Eurocom not least because the reference to a list of adjudicators appeared to have been included in the claimant’s letter in error and there was no false statement because no list had been attached.

Kingwood argued that the adjudicator’s timetable was too quick and put too great a strain on Kingwood’s resources.

The court rejected this argument and stated that adjudication is a rough and ready process because it has to be carried out within a very strict timetable. This often causes pressure for the responding party, but this is a fact of adjudication and is inherent in the whole process.

The court noted that Kingwood had not asked the adjudicator for more time during the adjudication process itself. The court felt that this strongly suggested that the challenge was based, not on something that was of great concern to Kingwood at the time, but “on an attempted comb through [of] the authorities on adjudication to try and find a reason after the event for avoiding making payment”.

The court stated that if it was wrong to reject Kingwood’s jurisdictional challenges, then the right to rely on those grounds of challenge had in any event been waived by Kingwood because Kingwood had not raised them during the adjudication itself.

Parties should be selective in the challenges that they seek to raise during enforcement proceedings. It appears that a detailed, well formed challenge to the adjudicator’s jurisdiction on a single ground will carry more weight with the court than adopting a ‘kitchen sink’ approach and raising any grounds of challenge that might potentially apply.

A final note on applications to stay enforcement proceedings

The court also provided a summary of the principles to be considered when deciding whether to stay enforcement proceedings. For those interested in the detail, it is worth reading paragraph 25 of the decision here.

Tell the adjudicator asap if there are errors in his decision… or miss the small window for correction.

The Construction Act 1996 provides that a construction contract must include a written provision giving an adjudicator the right to correct a typographical or clerical error. This is known as the ‘slip rule’.

However, this right is time limited. If the statutory scheme applies, a correction must be made within five days of the decision. However the parties may provide for a longer period in their contract.

Parties should check for clerical errors in the adjudicator’s decision as soon as it is received. If there are errors, a detailed, clear request for a correction should be made to the adjudicator as soon as possible.

Geoffrey Osborne Limited (“GOL”) engaged PP Construction Limited (“PP”) under a subcontract to carry out groundworks and works on the concrete frame at the Chichester Festival Theatre. The subcontract stated that the parties had 14 days to request a correction under the slip rule. The amended adjudicator’s decision had to then be issued within seven days of that request. The following correspondence ensued.

GOL paid the sum awarded originally but not the extra sum due following the adjudicator’s correction. PP commenced adjudication enforcement proceedings in the TCC.

GOL argued that because more than 7 days had elapsed between PP’s first email of 26 November and the revised decision of 5 December, the adjudicator’s correction was made out of the time period stated in the subcontract and was therefore of no effect.

Was PP’s email of 26 November a ‘request’ within the meaning of the subcontract?

The court held that in order to qualify as a ‘request’ under the subcontract, the email must have identified the clerical error with sufficient clarity that a reasonable adjudicator who holds himself out as competent to deal with the adjudication should be able to understand precisely:

This is an objective test.

PP’s email of 26 November did not do this: the attachment was of poor quality and was unclear so that the adjudicator could not read it. Further, the alteration required to the decision could not be identified from the text of PP’s email itself.

PP’s email and attachment of 26 November was therefore not a ‘request’ within the meaning of the contract.

Did PP issue a ‘request’ at a later date?

Applying the above test, the court held that the email and attachment of 28 November 2014 was a ‘request’ within the meaning of the subcontract. PP had set out further explanation in this email, which enabled the adjudicator to correct the error, without needing to read the attachment.

The adjudicator’s decision of 5 December was issued within 7 days of the email of 28 November. As such, the adjudicator had corrected the error within the time limits contained within the subcontract.

This decision is a reminder of the importance of being clear in all submissions and communications with the adjudicator. It also emphasises the need for everyone involved in adjudication to be aware of the time limits and to stick to them.

Adjudication decisions should be checked for clerical errors as soon as they are received and a detailed, clear request for a correction should be made to the adjudicator as soon as possible.

It is a fundamental provision of the Construction Act 1996 (1) that an adjudication decision will be binding until the dispute is finally determined in legal proceedings, arbitration or by agreement. This rule ensures that parties who believe themselves wronged by the rough and ready nature of the adjudication process, can still challenge the adjudication award by referring the dispute to the courts or arbitration.

However, the Technology and Construction Court (“TCC”) has recently warned parties that their right to challenge an award can be waived by agreement. If their rights are so waived, the subsequent adjudication decision will be finally binding and will not be capable of review in later court or arbitration proceedings.

Clear wording is needed before the court will find that the right to challenge has been waived.

The case of Khurana And Another v Webster Construction Ltd is a warning to parties to check the wording used in agreements and in letters to the other side, to ensure that rights are not given up unintentionally.

The claimants (the Khuranas) engaged the defendant (Webster), the owner of a small building company, to carry out works on their house. A dispute arose between the parties over whether Webster had completed the works satisfactorily. Webster sought payment of its final valuation and release of the retention.

The dispute resolution procedure set out in the contract between the parties was not clear, so the parties, via their solicitors, agreed that the dispute could be resolved via adjudication. The letter from Webster’s solicitors proposing adjudication stated that the Scheme for Construction Contracts 1998 (“the Scheme”) should apply to the adjudication “save that the decision of the independent structural quantity surveyor shall be binding on the parties”. The Khuranas’ solicitors then agreed to this proposal stating “our clients agree to the appointment of a quantity surveyor being made in accordance with the Scheme for Construction Contracts… and that the decision of the quantity surveyor shall be binding on both parties”.

The meaning of the words used by the parties

The court held that clear words must be used before it will find that the parties have excluded their right to challenge an adjudication award in court or arbitration.

However, the court will not adopt an unreasonably strict approach because there are many examples in the construction sector of parties to construction contracts deciding to submit some or all disputes between them to binding determination by arbitration, adjudication or expert determination. There is nothing unusual in itself in the parties agreeing that an adjudication decision be finally binding.

The court considered that an adjudication agreement should be construed in the same way as any other contract. The question is what a reasonable person, with the benefit of all the background knowledge which would reasonably have been available to the parties at the time of the agreement, would have understood the parties to have meant.

Here, the meaning of the phrase “shall be binding” in the letters between the parties depended on the context in which words were used. The parties were both legally represented and must be taken to have been aware that the proposal for an adjudication under the Scheme carried with it an implicit but obvious proposal that, unless expressly stated to the contrary, the decision would only be temporarily binding. As such, the words “shall be binding” was intended to move away from the usual provision and to exclude the parties’ right to challenge the decision.

In light of the above, the court set aside the Khuranas’ claim and they were bound to comply with the adjudicator’s decision.

This decision does not create new law, but it confirms that when parties agree to adjudicate they need to be certain that they understand the effect of the wording used.

If the phrase “shall be binding” had not been included here in the letters between the parties, the court would have found that the adjudication decision was only binding on an interim basis, as is the usual position under the Scheme, and the Khuranas would have been entitled to ask the court to decide the amount due to Webster. 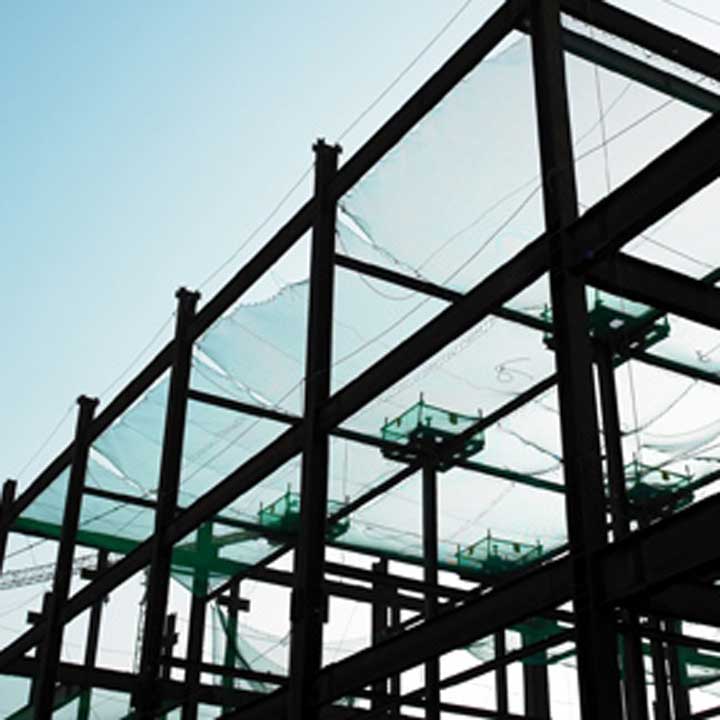