Welcome to the first of our two part review of some of the key adjudication cases so far this year. It’s been an interesting few months and we highlight a number of Technology and Construction Court (TCC) cases which provide guidance and clarification on adjudication procedures and rules.

Which documents do you want the Adjudicator to look at? Be specific!

The TCC enforced an adjudicator’s decision that a Pay Less Notice had not been validly served, despite the adjudicator failing to take a key document into account.

When challenged, the adjudicator acknowledged that had he seen the document at the time, he would have found that there had in fact been valid service of the Pay Less Notice. However, the court refused to reverse the adjudicator’s decision because the losing party had failed to point the relevant document out to the adjudicator during the adjudication itself.

This decision is a reminder of the need to present your case clearly to the adjudicator and to direct the adjudicator specifically and accurately to all key documents. Read on for more detail.

F Parkinson Limited (Parkinson), the contractor, engaged Broughton Brickwork Limited (Broughton), as subcontractor to carry out certain works at sites in Warrington. A dispute arose between the parties over Broughton’s interim application 12 (IA12) and Broughton referred the dispute to adjudication.

In their response, Parkinson claimed that two later interim applications (IA13 and IA14) superseded IA12 and that they had served valid Pay Less Notices against the later applications. These Pay Less Notices were included in the bundle of documents that accompanied their Response.

However, while Parkinson’s Response directed the adjudicator to the Pay Less Notices in the bundle of documents, there was a page numbering error and the Response therefore failed to point out a covering letter also included within the bundle, which showed that the Pay Less Notice for IA14 had been sent to Broughton by email as well as in the post.

A breach of Natural Justice?

The court confirmed the established rule that an adjudicator can make mistakes of fact or law, even ones which are obvious and fundamental, without this rendering his decision unenforceable, so long as he acted within his jurisdiction.

The court therefore ordered Parkinson to pay the sum stated in the adjudicator’s decision.

Typically a responding party to adjudication will have 7 days from the date of the Adjudication Referral in which to put together its Response. The process usually involves late nights, weekend working and a lot of caffeine. In light of this, Parkinson’s reference to an incorrect page number in the bundle of supporting documents does attract a certain amount of sympathy. It is not difficult to imagine that similar errors have been made in other adjudications, albeit without the far reaching consequences suffered by Parkinson here.

The court acknowledged that Parkinson might be left with a sense of injustice at its decision. However, adjudication is an interim remedy that can be put right in later legal proceedings. This option was open to Parkinson and as a safeguard would potentially prevent any permanent injustice.

This decision is a further reminder that the courts are reluctant to overturn adjudicators’ decisions even where they have been reached in error. Generally, the courts prefer to maintain the strength and efficiency of adjudication as a rough and ready, ‘pay now – argue later’ interim remedy.

Check which adjudication rules apply before you appoint the adjudicator… and follow them!

When appointing an adjudicator, the referring party must follow the provisions of the contract between the parties or the Scheme for Construction Contracts 1998 (the Scheme) (if applicable).

In this recent decision, the TCC held that an adjudicator lacked jurisdiction because he had not been properly appointed and had followed the wrong rules in an adjudication. His decision was therefore invalid.

Vinci, the contractor, entered into a subcontract with Ecovision under which Ecovision was to design, supply and install a ground source heating and cooling system. The system failed and a dispute arose over the adequacy of the design.

Vinci served a notice of adjudication and approached the president and vice president of the RICS to see if they were free to act as the adjudicator. As they were unavailable, Vinci applied to the RICS for an appointment and the adjudicator was nominated. Vinci’s application form to RICS did not state whether the application was being made under the provisions of the subcontract between the parties or under the Scheme.

Vinci served its Referral, but Ecovision said it was not participating in the adjudication and declined to serve a Response. The adjudicator made his decision and awarded Vinci the declaration that it had requested.

Ecovision commenced Part 8 proceedings in the TCC, seeking a declaration that it was not bound by the adjudicator’s decision.

The subcontract had been put together in such a way that there were three adjudication procedures that might possibly apply to the dispute:

The court considered that Vinci’s notice of adjudication and application for appointment of an adjudicator did not assist the adjudicator in deciding which adjudication rules applied. That said, the court was not prepared to hold that the notice or the application were invalid simply because of this lack of information.

Given this uncertainty, the judge believed that the adjudicator should have asked Vinci to explain its position on the rules to clarify his jurisdictional position although it was acknowledged that his failure to do so was inadvertent and not a result of bias.

It was argued that where there is a dispute about which adjudication procedures apply (a ‘battle of the forms’), then identifying the right one ‘goes to the heart of the adjudicator’s jurisdiction and is therefore essential’ (paragraph 39 of the judgment). A substantial review of the contract was needed to determine which rules applied and the court concluded that, contrary to Vinci’s position, the second option applied which specified TeCSA as the ANB and the TeCSA adjudication rules.

The TCC therefore found that the adjudicator was not properly appointed and had purported to follow the wrong adjudication rules. He lacked jurisdiction.

The court gave assurance that a notice of adjudication or an application to an ANB will not be automatically invalid if it fails to state which adjudication rules are being invoked. However, as a matter of best practice, parties faced with any ambiguity as to which rules apply should view the notice and the application as an opportunity to explain the rules they consider to apply and why. This will avoid the time and costs of arguing about the issue during the adjudication and reduce the possibility of declaratory relief proceedings being commenced.

Natural justice requires that every party has the right to a fair hearing and the right to be heard by an impartial tribunal. If an adjudicator acts in breach of the rules of natural justice, the court will not enforce his decision.

Unilateral communication between the adjudicator and one of the parties can give rise to allegations that the adjudicator is biased, which would breach the rules of natural justice because one party might not receive a fair hearing. The test is whether a fair minded observer would conclude that there was a real possibility that the adjudicator was biased.

In this case, the adjudicator failed to disclose his knowledge of one party’s previous contact with his office. The TCC found that this failure to disclose gave rise to the possibility of bias and refused to enforce the adjudicator’s decision.

A telephone call had taken place between the claimants and the adjudicator’s office manager prior to commencement of the adjudication. The court held that the telephone call should have been disclosed. The adjudicator had chosen not to do so and this failure meant a fair-minded observer would consider that there was bias. Choosing not to disclose the conversation made the possibility of bias more likely.

This case is a reminder that the adjudication process must be transparent and that adjudicators need to disclose all contact with the parties.

The fact that the telephone call took place two months before the adjudication was irrelevant to whether it should have been disclosed: it was not the timing but the topic of conversation and the conversation itself which mattered and gave rise to the possibility of bias.

The court referred to the guidance for adjudicators published by the RICS, (the adjudicator nominating body which appointed the adjudicator in this case). This guidance recommends that adjudicators do not speak to or meet with a party alone concerning substantive matters and that any conversation should be limited to procedural matters only. It also advises that if an adjudicator does speak to one of the parties, he must ensure that he personally makes the other party aware as soon as practicable of what went on in sufficient detail together with the impressions and or views that the adjudicator has formed as a result to enable the other party to respond.

A party wishing to speak to an adjudicator about any issues whether procedural or substantive, should consider emailing rather than telephoning the adjudicator or his office. An email can be copied to the other party which should avoid any possibility of apparent bias. If communication between one of the parties and the adjudicator does take place at any point in adjudication proceedings, the other party should be notified immediately and informed of the nature of the discussion.

When might the court agree to stay the enforcement of an adjudicator’s decision?

The Courts will usually put on hold (‘stay’) the enforcement of an adjudicator’s decision if the recipient of the award is likely to become insolvent before the loser/paying party has chance to go to court or arbitration to challenge the decision. (Such a stay was considered in Wimbledon Construction Company 2000 Ltd v Vago [2005]).

In February, in the case of Galliford Try Building Ltd v Estura Ltd [2015] EWHC 412 (TCC), the Court for the first time granted a partial stay due to the paying party’s financial difficulties.

The Court stated that enforcing the decision would cause “manifest injustice” to the paying party.

The Court considered this to be a rare case and suggested that it would not come to the same decision in future unless the facts were exceptional. However, we are increasingly likely to see parties seeking to persuade the Court that their own circumstances also merit a partial stay.

To read more about this case, see our March 2015 edition of Construction Matters.

In our next adjudication review, we will report on the jurisdictional issues dealt with in CSK Electrical Contractors Ltd v Kingwood Electrical Services Ltd [2015] EWHC 667 (TCC). However, that decision also contains a useful repeat of the principles (as given in the Wimbledon case) to be considered when deciding whether to stay enforcement proceedings. For those interested in the detail, it is worth reading paragraph 25 of the decision here. 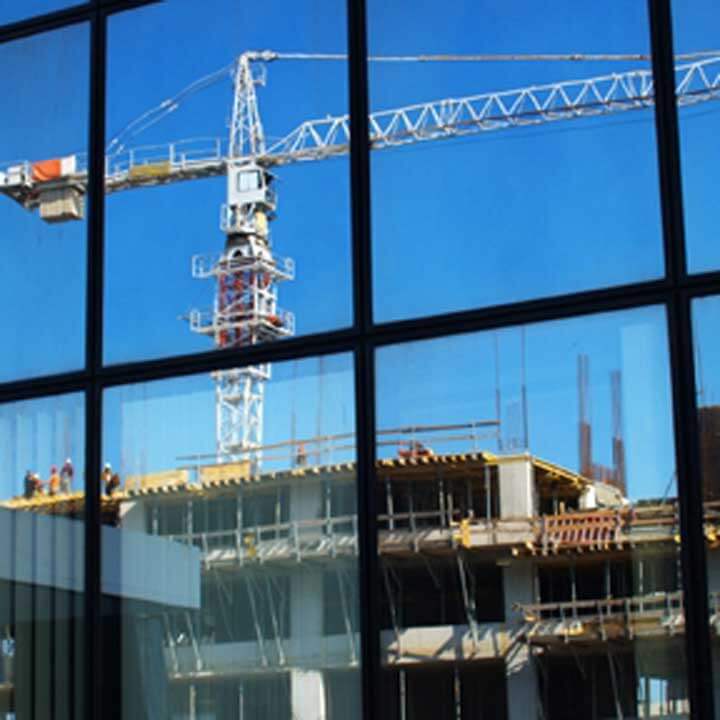