The 4 April 2019 deadline for private sector employers with more than 250 staff to publish their second round of gender pay gap reports (based on a ‘snapshot date’ of 5 April 2018) is fast approaching. What trends and observations can be drawn from the 2018 reports and how can employers optimise their position in relation to the 2019 reporting round?

As was widely expected to be the case, the first tranche of gender pay gap reports were pored over and scrutinised by the media, business advisors, employees, potential employees and investors and there is no reason to think that this will be any different for 2019.  Indeed, if anything, the level of scrutiny and comment will increase as observers will be looking for and highlighting any gaps that have widened or decreased since the last reports. At the time of writing, 1602 companies had reported their data out of around 10,500 expected to be ‘in scope’.

The fact is that gender pay gap reports make a good news story, especially where there is a well-known employer with a significant pay gap. If, for whatever reasons, that pay gap is actually increasing year on year then it can almost be the stuff of headlines. This has been demonstrated by HSBC when it emerged in January 2019 that it not only had a significant gap between mean hourly pay for women and men but that this had actually increased, from 59% in 2017 to 61% in 2018 [1]. Virgin Atlantic were also on the receiving end of negative press attention when their median hourly pay gap increased from 28.4% to 31% [2]. It responded that one of the factors behind this was that 94% of its UK pilots were men and that it has committed to achieving 50/50 male/female representation in senior leadership roles by 2022.

Conversely, alongside the stories of widening pay gaps, a good gender pay gap story will also attract headlines as shown by Moneysupermarket.com which recorded an improvement to its pay gap of 15.6%, down from 24.6%.

Broadly speaking, and ignoring the outliers, the figures do suggest a slight narrowing of the overall UK gender pay gap.  Whether this trend is because of mandatory reporting or indicative of a direction of travel that was already in motion is difficult to know.  But one thing is clear, it is no longer acceptable for employers to do nothing about a gender pay gap and mandatory reporting is a key driver here. Companies need to have a plan for tackling gender pay inequality and, more than that, they need to be transparent and proactive about this plan.

We all know that the mandatory reporting regime is a blunt instrument and can paint a picture far worse than the reality.  For example, some smaller companies’ statistics might be skewed significantly by the departure of one high-earning female. Furthermore, the fact that figures are based on a ‘snapshot’ date rather than a period of time might skew data where there has been a recent restructure, merger or TUPE transfer.  This is a limitation of the regime and the Government has recognised this by setting a 5-year period for review of the legislation’s effectiveness. From a business perspective, this limitation is best addressed by providing a detailed and accessible narrative to accompany the report and explain what is being done to address any inequalities, both to the workforce and external observers.  A narrative, done well, can be a useful and important PR tool.

The importance of a good narrative

It will inevitably take time to address a gender pay gap if the root cause is that women are under-represented either in the company itself and/or in senior roles. Proactive action taken to address this by recruiting more women at entry-level can, ironically, lead to an increase in the company’s gender pay gap initially. This is the sort of thing that a well thought-out and accessibly presented narrative report can explain and it’s an area where your professional advisors and especially your lawyers can really add value.

Readers are more likely to recall headline points from a well-presented narrative report accompanying a set of hard data.  The narrative should capture all the steps the organisation is taking to improve its gender pay gap and gender equality more widely.  Examples might include initiatives to:

Gender pay gap reporting is a twofold exercise – one part hard number-crunching and one part telling the overriding story.  The challenge for employers is to get both these parts right.

Heading in the right direction?

The Office for National Statistics published figures in October 2018 indicating that the UK’s gender pay gap for full-time employees had reduced to 8.6%. This represents an all-time low for full-time employees. When all workers, including part-timers, are assessed it had decreased from 18.4% in 2017 to 17.9% in 2019.  Slowly but surely, progress is being made in the right direction and, if there is one take-home point, it is that employers need to stay aligned with or, preferably, ahead of this curve in order to remain competitive and attract the best talent.

If you have any questions about this article please contact David Smedley or Andrew Rayment. 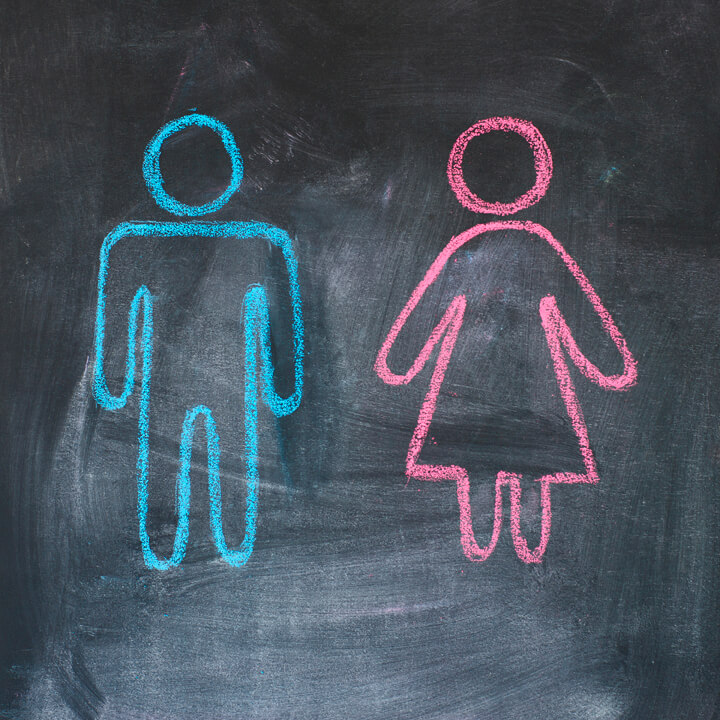