What is a ‘reasonable endeavours’ obligation, and is it a sensible solution?

Gwendoline Davies, Head of Commercial Dispute Resolution at Walker Morris explains what a party needs to do to comply with a ‘reasonable endeavours’ obligation, and considers whether endeavours clauses are always a sensible solution.

What are endeavours obligations?

Many commercial contracts contain obligations on a party to use its best or reasonable endeavours to do something or to bring about a certain outcome; but what does that really mean, and are such clauses really the best option for your contracts?

An obligation to use ‘reasonable endeavours’ generally means that a party should adopt and pursue a reasonable course of action in order to achieve the desired result, bearing in mind its own commercial interests and the likelihood of success. Where there might be a number of reasonable courses which could be taken to achieve a particular aim, an obligation to use ‘reasonable endeavours’ probably only requires a party to take one reasonable course, not all of them [3]. This is a notably lesser obligation, which is defined by reference to an objective standard of what an ordinary competent person might do in the same circumstances and which implies a reasonable balance to be struck between a party’s obligation to others and its own financial interests.

Quite apart from the drafting of the endeavours obligation itself, and whether it is certain enough to be contractually enforceable, what such a clause actually demands of a party will inevitably depend on the facts of a particular case. Such questions can therefore often fall to the court to decide.

What can be learned from recent endeavours obligation cases?

In Astor Management AG v Atalaya Mining Plc [4] the defendant submitted that an endeavours clause is only enforceable if the object of the provision is sufficiently clear and there are objective criteria against which to measure the reasonableness of a party’s endeavours [5]. However the High Court disagreed and the following points arise:

In the even more recent Gaia Ventures v Abbeygate Helical (Leisure Plaza) [6] case Mr Justice Norris neatly summed up the crux of the case in the first paragraph of his High Court judgment when he asked: “[h]ow hard do you have to work to make yourself liable to pay £1.4 million?”

The case centred on whether a developer complied with its contractual obligation to satisfy certain conditions, upon the fulfilment of which it would become liable to make an overage payment of £1.4 million. As is commonly the case, the development project involved a network of complex transactional arrangements, of which the developer’s obligation to use reasonable endeavours to bring about satisfaction of conditions which would result in overage becoming payable was only one small part. For no doubt entirely proper commercial reasons, the developer retained considerable influence over the arrangements – not least so as to ensure that the final development would fund all underlying transactions.  However, there was a tension between the flexibility and control that the developer had retained for itself on the one hand, and its obligations to deliver an overage payment liability on the other.

When the requisite conditions were eventually satisfied – some 4 days after the longstop date had passed and any contingent liability to pay overage had been extinguished – the landowner alleged breach of the reasonable endeavours/overage payment obligation. The High Court had to decide whether the developer had used ‘reasonable endeavours’ to achieve satisfaction of the relevant conditions ‘as soon as reasonably practicable’ as required by the contract.

The High Court (with whom the Court of Appeal subsequently agreed) referred to both the law – in particular, the Rhodia case which confirmed that an obligation to use reasonable endeavours requires a party to take just one out of what may be many reasonable courses; and to the facts – finding that some of the developer’s actions were taken at times which were convenient for it or suited its funds flow, and that others were deliberately taken late with a view to avoiding overage liability. The developer was found not to have used reasonable endeavours.

A key takeaway from these recent cases is that endeavours clauses will, in the majority of cases, be legally enforceable, but that they may not always be the best and most helpful solution for the parties.  Endeavours clauses are great for getting draft contracts agreed quickly and for giving ‘wiggle room’ to the person with the obligation, but they can significantly increase the potential for dispute and can simply delay the argument from the contractual negotiation stage to the dispute.

Instead, in the interests of avoiding any dispute, it may be preferable in many cases to expressly set out in the contract specific obligations and measurable objectives. Ideally, provisions should include clear and specific timescales within which steps are to be taken (and what those steps should be), conditions are to be met, obligations are to arise, and payments are to be made.  Where appropriate, consideration should be given as to whether there should be included formulas for ascertaining values, mechanisms for enforcing obligations and for resolving disputes, and longstop dates.

Even in cases where the drafting is comprehensive, commercial contracting parties should take care to ensure that obligations are complied with, strictly and in a timely fashion, and that evidence of that compliance can be adduced if necessary. As the Gaia case demonstrates, even where there are legitimate commercial reasons for an imbalance of power or control within the contractual arrangements, the courts are unlikely to countenance sharp practice in an attempt to avoid compliance with endeavours obligations.

Avacta to raise £48 million to accelerate development of therapies 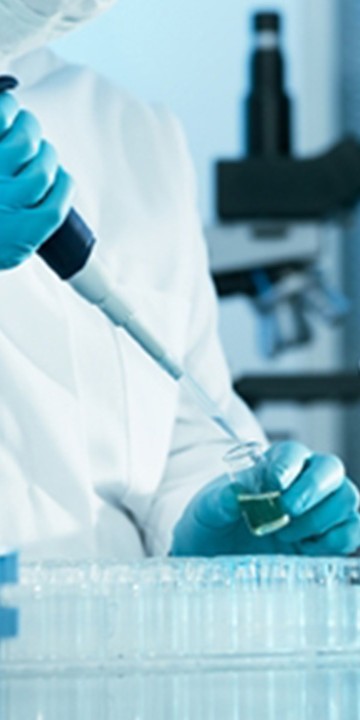