Unsettled Business: is your settlement offer “subject to contract”?

In Aqua Leisure International Limited v Benchmark Leisure Limited the TCC determined that a settlement agreement which is expressed to be ‘subject to contract’ will only be binding when executed by the parties.

Aqua Leisure International Limited (Aqua) was appointed by Benchmark Leisure Limited (Benchmark) in relation to the development of Alpamare waterpark in Scarborough, under a JCT Design and Build Contract in July 2015.  After practical completion had been achieved, Aqua referred a dispute in respect of interim payment to adjudication, and obtained an adjudication award in its favour (the Adjudication Award). The Adjudication Award included payment of Aqua’s legal costs under the Late Payment of Commercial Debts (Interest) Act 1998.

Following receipt of the Adjudicator’s decision, the parties entered into settlement negotiations. On 31 August 2017 Aqua proposed that Benchmark make payment of £217,998 plus VAT, to be paid in instalments in accordance with a schedule of payments and that as part of this settlement a Guarantor was to guarantee the sum of £110,000. Aqua’s settlement offer was expressed to be ‘without prejudice and subject to contract‘.

The following day, Benchmark responded to Aqua with an email which simply read “agreed“. Aqua replied confirming that its lawyers would draft the settlement agreement and the guarantee wording. On 13 December 2017 Aqua sent a “deed of settlement and payment guarantee” to Benchmark for “review and completion“. The parties to the deed were Aqua, Benchmark and the Guarantor.

Aqua then sought to enforce the Adjudication Award against Benchmark.

Benchmark argued that Aqua had effectively waived the “subject to contract” requirement in relation to the settlement offer because Benchmark had substantially complied with its payment obligations and had carried out further works as set out within the settlement deed.

The Court ruled in favour of Aqua, and enforced the Adjudication Award. The Court considered that:

When making a settlement proposal, proper use of the expression “subject to contract” will assist in avoiding the risk of being inadvertently bound by an offer. In respect of complex settlement negotiations which include multiple parties, or a series of specified payment obligations, it is especially important to ensure that the settlement terms are clearly recorded in a formal document in order to avoid any ambiguity over the precise nature of the parties’ post-settlement obligations.

Settlement agreements should also confirm the extent to which the parties have agreed to waive future claims in respect of a particular project. Attempting to settle disputes without executing formal documentation may result in uncertainty as to a party’s right to bring a future claim, or its potential ongoing liability.

Finally, parties should note the Court’s confirmation that adjudicators do not have jurisdiction to award legal costs as part of any adjudication award, unless the parties have both expressly agreed to this. Where an adjudicator against one or more of the parties’ wishes, indicates his/her intention to award legal costs during an adjudication, that party should immediately raise a  jurisdictional challenge with reference to this TCC ruling. 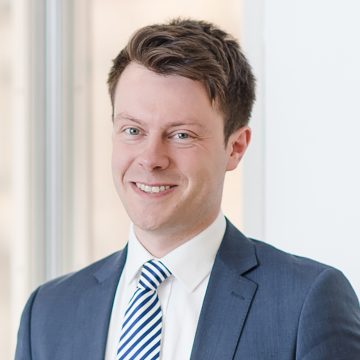 Podcast: Transitioning back to the office