Walker Morris’ Town and Village Green experts Andrew Beck and Erin Keating explain a recent case in which the Court of Appeal has re-examined, and provided further clarification on, the use of the statutory incompatibility argument as tool to defeat a Town or Village Green (TVG) application.

December 2019 Update: Please note that some aspects of the case discussed in this briefing have now been overturned by the Supreme Court.  Please refer to our briefing on the Supreme Court’s decision for further information.

Conjoined appeals on a crucial question

In July 2016 Walker Morris reported on the decision of Lancashire County Council v The Secretary of State for the Environment, Food and Rural Affairs & Anor [1], in which it was decided that land held under a statutory provision could nonetheless be registered as a TVG.  Permission to appeal the decision was granted to Lancashire County Council (LCC) and the appeal was heard recently in conjunction with the appeal in R (on the Application of NHS Property Services) v Surrey County Council (which concerned an area of land adjacent to Leatherhead Hospital that had been registered as a TVG against an Inspector’s recommendation) [2].

In the LCC case there was no specific statutory requirement to use the land adjacent to Moorside School in a certain way. LCC were deemed to be perfectly capable of achieving their statutory purpose as a Local Education Authority regardless of whether or not the land adjacent to Moorside School was being used for public recreation.  Consequently it was concluded that there was no statutory incompatibility between section 15 of the Commons Regulation Act 2006 (CRA 2006) and the various Education Acts on which LCC sought to rely.

Similarly in the Leatherhead Hospital case, the relevant statutory provisions on healthcare were not specific enough to be considered incompatible with the CRA 2006. The Court of Appeal therefore found that Gilbert J in the lower court had been wrong to conclude that the doctrine of statutory incompatibility applied.

Whilst the issue of statutory incompatibility was the principle, and common, concern in both appeals, the Court of Appeal also ruled on the issues of neighbourhood and locality, concluding that the amendment of a boundary would not necessarily defeat an application to register land as a TVG provided it could be proven that the “identifiable community” was in existence throughout the relevant 20 year period prior to the application.

The appeal decision also included one more nail in the coffin for the argument that there must be a geographical spread of users, with Linblom LJ repeating what many others have said before: that if Parliament intended for the requirement of a spread of users it would have stated so expressly within the statute.

The LCC appeal was therefore dismissed and a claim for judicial review of the Leatherhead Hospital decision was allowed on the basis that Surrey County Council had failed to properly deal with the issue of statutory incompatibility.

This appeal serves to remind landowners that a TVG application will only be defeated by the statutory incompatibility argument if the use of land for its statutory purpose is wholly incompatible with its use for public recreation. In many cases landowners would be well advised not to rely on statutory provisions and should, instead, continue to be vigilant of any use of their land by the public which could amount to recreational use without permission. 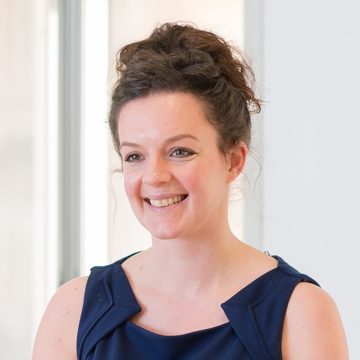