The recent case of Retirement Villages Developments v Punch Partnership [1] is a cautionary reminder of the importance of accurate drafting in the context of development contracts.

The case concerned an option agreement entered into between a landowner and a retirement village developer. Like many types of development contracts, the option contained forward-looking price provisions. The case centred on the correct approach for the interpretation of such contractual provisions. The resulting developer-friendly decision left the landowner reeling, and confirms that the courts will not step in to ‘fix’ a bad commercial bargain.

At the outset of most commercial/development arrangements, parties are enthusiastic and invariably believe that their aspirations and interests align. Even where that is true, contracting parties’ interests and understanding can differ and diverge over time. When negotiating commercial contracts, especially forward-looking option agreements and development contracts which seek to cater for future eventualities, there is always a risk that even meticulously documented formal, written contracts may not accurately represent a party’s long-term intentions. It is therefore vital that contracts are drafted clearly, accurately and comprehensively and that they expressly contain, in unambiguous language, all necessary terms to reflect the parties’ agreement.

Being as clear and precise as possible as to your intentions, objectives and instructions throughout both the pre-contract and contractual negotiation stages will assist. However the best advice for contracting parties and their advisers is, of course, to take the time and the greatest possible care to read, and fully understand the implications of, the terms of any contract. It is essential to ensure that, when agreed terms are reduced in writing, contractual provisions accurately reflect the parties’ intentions, both at the time of drafting/completing and at any future point in respect of which the contract may apply.

However, if and when it becomes apparent that a provision in any contract produces an unexpected and unfavourable commercial outcome, the following practical points should be considered:

The court considered the terms of an option agreement. The option had been granted for a fixed price in 2013 for an initial 30 month period which would extend unless certain requirements were met. As these requirements had not been met, the developer argued that the option period extended well beyond the 30 month period and was even ongoing at the time of trial.

The landowner argued that it would be absurd for the agreement to permit effectively an everlasting option period because this would allow a fixed price to apply years later, when the value of the land would have significantly increased.

However, the court considered that the terms of the contract were clear and should be applied within their ordinary meaning. On the facts, therefore, the option period had been extended.  Where contract drafting is clear, the terms must be enforced, even if the result would be unfavourable for one party. A court will not re-write a bad bargain.

The decision also highlights that the courts are reluctant to imply terms into a complex contract.  The landowner had asked the court to imply a term to bring the option period to a close, alleging that this was the common intention of the parties when negotiating the agreement. The court refused and reiterated the correct test for implying terms [2]. Finally, the court also rejected the landowner’s rectification claim. Rectification can be notoriously difficult to prove [3] and, on the facts of this case, the parties did not have the common intention alleged by the landowner.

The terms of the option stood, so that the retirement village developer in this case would be able to take advantage of the fixed price agreed in 2013.

Chris Woodthorpe and Claire Acklam have significant experience and expertise when it comes to all types of development contracts, from the transactional, risk management and dispute resolution perspectives. Chris and Claire regularly act for landowners and developers across the ‘Living’ spectrum, so if you have any queries or concerns arising from the Retirement Villages Developments v Punch Partnership case or more generally, please do not hesitate to contact Chris or Claire. 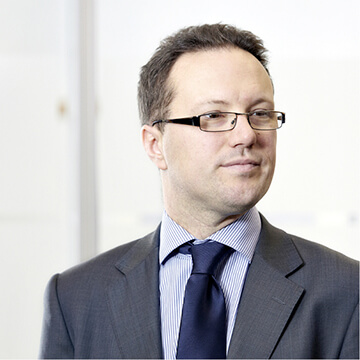