Updated consumer credit information sheets – correction: We reported previously that the FCA had published updated sheets to be used from 18 January 2017. These have since been withdrawn due to an error.  Firms should continue to use the old versions up to and including 13 April 2017.  New versions must be used from 14 April 2017.

Criminal action has been taken for the first time in a case related to the FCA’s consumer credit powers. An unlicensed consumer credit lender had conducted regulated activity without authorisation over a number of years.  See the FCA’s press release for more details.

The findings of the FCA’s thematic review report on early arrears management in unsecured lending indicate that positive changes have been made over the past two years, but there remains a need for firms to continue improving their practices. We looked at the key findings in our recent briefing.

We reported previously that the FCA had published its revised proposed guidance on guarantor loans, concerning the enforcement of security under the Consumer Credit Act 1974, including the section 87 requirement to serve a default notice before taking certain actions following breach of a regulated agreement. The FCA has now published its finalised guidance in this area, taking account of the comments received in relation to the proposed guidance. It affords lenders some leeway to take payment from guarantors where this is a ‘request’ rather than a ‘demand’ (see our recent briefing).

The FCA published its final rules for firms when dealing with customers experiencing a payment shortfall on their mortgages or home purchase plans, following its earlier consultation. These and other Handbook changes are set out in Handbook Notice 39.  Other rule changes include those to CONC App 1, to ensure that APRs are calculated in a consistent way that will promote the comparability of different offers (proposed changes to the APR assumptions for consumer credit were included in the FCA’s quarterly consultation published in September 2016 – feedback is set out in the Handbook Notice).

The FCA has also recently published key themes from the feedback it has received so far in relation to its Future Mission consultation, which includes sections on protecting consumers, vulnerable consumers, and whether there is a need for a more specific Handbook review.

In a letter to the CEOs of all firms that administer Debt Management Plans, the FCA set out its expectations in this area, following concerns over non-compliance and the increased risk to consumers.

The FCA and Prudential Regulation Authority issued a joint consultation paper on Amendments to Notes for completion of the Mortgage Lenders & Administrators Return. The consultation is relevant to all firms carrying on the regulated activities of home finance providing activity and administrating a home finance transaction.  Comments are requested by 13 March 2017.

The FCA is also consulting on enhancing conduct of business rules for firms providing contract for difference products to retail clients. Feedback is requested by 7 March 2017.

The FCA is reviewing the funding of the Financial Services Compensation Scheme (FSCS). Responses are invited on a number of options for changing FSCS funding and the coverage it provides to consumers. The FCA is also consulting on a number of specific proposals to change the rules around the scope and operation of FSCS funding. Comments are requested by 31 March 2017.

Finally, the FCA has launched a market study to consider whether competition in the mortgage sector can be improved to benefit consumers. An interim report is scheduled for summer 2017 and an engagement process with stakeholders will begin shortly.  See our recent briefing for more details.

Issue 138 of Ombudsman News considered the link between mental health and debt, with case studies and commentary from experts across the sector.

The government published a consultation paper setting out the model for a new single financial guidance body which will commission advice for those in problem debt, co-ordinate efforts to improve financial capability and provide information and guidance on matters relating to pensions, financial scams, and wider money matters.  Responses are requested by 13 February 2017.

The Money Advice Service has released early findings from a major study, showing that within three to six months of receiving regulated advice, nearly two thirds of those with debts are either repaying them or have repaid in full.

The Lending Standards Board (LSB) has completed its assessment of the gap analysis exercise undertaken by registered firms regarding adherence to, and implementation of, the new Standards of Lending Practice for personal customers. It reports that firms are already meeting the majority of the Standards, with extra focus given to the newly expanded areas of money management and customer vulnerability. Adherence to the new requirements is to be completed by October 2017.

The Competition and Markets Authority (CMA) has accepted undertakings from Bacs Payment Schemes Ltd that commit it to delivering the improvements required by the CMA’s retail banking market investigation within a year. This includes the extension of the redirection service operated by the Current Account Switch Service. See the CMA’s press release for more details on the upcoming changes and the background to the reforms.

In February 2017, we expect to see the FCA’s policy statement to its consultation on regulatory fees and levies: policy proposals for 2017/18.  Chapter 2 set out the FCA’s proposals to introduce a new levy on consumer credit firms to recover HM Treasury’s expenses in tackling illegal money lending as required under section 333T of the Financial Services and Markets Act 2000 (introduced by the Bank of England and Financial Services Act 2016). A consultation is due to launch in March 2017 on FCA-regulated fees and levies: rates proposals for 2017/18, aimed at fee-payers paying FCA fees, Financial Ombudsman Service, Money Advice Service and pensions guidance levies.

Other consultations to look out for in Q1 2017 include those on creditworthiness and affordability in consumer credit and on new rules for firms running crowdfunding platforms. This second paper will be aimed at firms operating loan-based and investment-based crowdfunding platforms. The FCA published a feedback statement in December 2016, reporting on the main issues arising from its July 2016 call for input to launch a post-implementation review of the crowdfunding regime. The review is ongoing. The FCA believes there is evidence of potential investor detriment, prompting it to consult and propose new rules in this area.

The LSB is developing the Standards of Lending Practice for business customers. Due to launch in Q1 2017, they will replace the micro-enterprise provisions of the Lending Code, with protections extended to include businesses with a turnover of up to £6.5 million. Extensions to product scope, covering asset finance and peer to peer lending, will be launched later in the year.

The FCA is expected to launch a consultation in Q2 2017 on the extension of the Senior Managers and Certification Regime to all authorised firms during 2018. 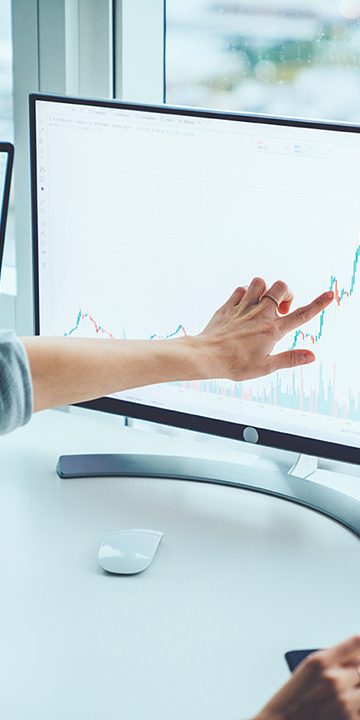