Case update: a chattel or a fixture?

The degree and object of annexation were the key principles for the High Court to consider in the recent case of Lictor Anstalt v Mir Steel UK Ltd and Libala Limited [1].

Lictor purchased the parts necessary to build a hot strip steel mill (the Mill) at a site in Newport, Wales (the Site) owned by Alphasteel Limited, a related company, and had shipped the parts to the Site for assembly.

Lictor and Alphasteel entered into a contract whereby both parties agreed that:

Alphasteel subsequently entered administration and the administrators hived down Alphasteel’s assets, including the registered title of the Site, into its subsidiary Mir Steel UK Limited, before selling the shares in Mir Steel to Libala Limited, the Second Defendant.

Lictor brought proceedings claiming that the Mill remained a chattel and therefore did not form part of the land that was transferred to Libala on the sale of Mir Steel.

In the judgment the Court outlined that the key consideration in this case was not the fact that both parties had entered into a contract which stated that the Mill would remain a chattel (or collection of chattels). The judgment referred to the case of Melluish v BMI (No 3) Ltd [2] which held that “the terms expressly or implicitly agreed between the fixer of the chattel and the owner of the land cannot affect the determination of the question whether, in law, the chattel has become a fixture and therefore in law belongs to the owner of the soil”. Therefore the label given by the parties was irrelevant.

Instead the key issue was, as a question of fact, “whether the equipment which constituted the …Mill had become affixed to the land so as to become part of it”. The Court set out that this depended on the degree and object of the annexation.

In terms of the degree of annexation, the Court held that the Mill, by its very nature, was intended to be a permanent or at least semi-permanent structure that would have been expected to have an operable life of up to 50 years. Removal of the Mill would only be carried out in exceptional circumstances. The Court heard from building and engineering experts that the removal of the Mill from the Site would have been “complex…very expensive…. [and] time consuming” and would have required extensive remedial works to the Site.

Further, the proximity of the Mill to a river and lands suitable for activities which were essential to the milling process also lent favour to the purpose of the annexation having been to create an integrated whole.

The Court rejected Lictor’s primary claim that the Mill was a chattel or collection of chattels to which Lictor had retained title. The Mill had become part of the land of the Site and therefore was no longer owned by Lictor.

Although this decision went against Lictor, the same judgment also found that the contract in place between Lictor and Alphasteel remained in effect, but for the fact that the Mill had wrongly been labelled as a chattel. Lictor was successful in finding the defendants liable for procuring a breach of the contract and therefore liable for Lictor’s resulting loss. 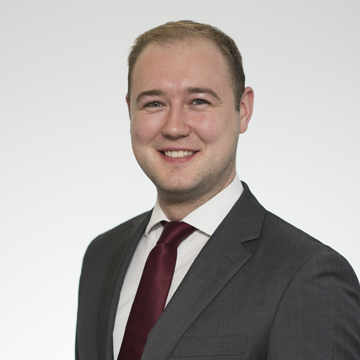