Boundary disputes can be some of the most heated and emotionally/financially-fuelled matters dealt with by the courts. They can go on for long periods of time and often end in a complete breakdown in neighbourly relations. Whilst boundary disputes are more commonly associated with residential properties, they often arise between commercial properties too.

Boundary disputes can be of particular concern to developers – especially when developing land that is neighboured by pre-existing residential properties. When building a housing development, for example, a developer will want to maximise the area of its individual plots to achieve the highest potential sale price. However if neighbours have already extended beyond their boundaries, this can eat into profits.

A key issue with boundary disputes is their complexity. A boundary is, like the equator, an imaginary line and therefore determining its exact location is no easy task. While fences, walls and other such physical lines are usually taken to be the boundaries of a property, these can be in the wrong location – as such, they are themselves often at the centre of a boundary dispute.

Owners of land will often turn to their title plans and ‘scale-up’. However, while title plans are a natural starting point in establishing a boundary and can be good evidence in a dispute, even they do not provide a definitive (or legally binding) answer; with the great majority of registered titles only showing ‘general boundaries’.

Boundaries are determined by examining the conveyances of the land in question and of adjoining land. The law provides that conveyances are to be interpreted from the perspective of a reasonable person in light of the objective surrounding facts and that means that, ultimately, it is only the courts who has the power to determine exactly where a boundary lies. In doing so, the courts attempt to objectively establish the boundary objectively as at the date of the earliest conveyance.  Crucially, they do not take into account the subjective beliefs of the parties to the dispute.  To complicate matters even further, even where a boundary has been determined, factors such as adverse possession can mean that it has moved over time.

All of this means that neighbours have frequently been known to incur tens of thousands of pounds in court and legal costs in matters concerning very small strips of land.  The cost of litigation can therefore be far disproportionate to the value of the land itself, and the outcome of a case can be devastating to the losing party and to neighbourly relations.

Alternative dispute resolution (ADR) can be a much cheaper option for parties.  The Boundary Disputes Protocol, published by senior members of the legal and surveying professions in 2017, sought to set out a framework that incorporated ADR, promoting the use of joint surveyors and a more cooperative approach between parties. While the protocol provides guidance on the most cost and time efficient manner in which to settle a dispute, it is not mandatory.  In addition, it has come in for some criticism because some of the language and terminology within it is complex, meaning that it is not user friendly to a person who is not a property professional; and because a person who is not a property professional may not be aware of the protocol at an early-enough stage of a dispute, meaning that positions may have become entrenched, rendering ADR impossible in any event.  Of itself, therefore, the protocol does not necessarily represent a workable, practical solution for parties.

Parliament has, however, recognised the need for legal reform in this area. In 2015 it introduced the Property Boundaries (Resolution of Disputes) Bill and, whilst the bill has been slow to make its way through Parliament (with Brexit dominating legislative manpower in the meantime), the bill had its first reading on 15 January 2020 and is awaiting a date for its second.

The bill seeks to introduce mandatory expert (surveyor) determination of boundary disputes and will only enable a claimant in a boundary dispute that ends up in court to claim its costs where it has first followed the procedure set out in the bill.

While the bill will make it mandatory for parties to attempt to determine their dispute out of court, it has also come under criticism. Firstly, the bill only extends to owners of freehold land meaning that owners of leasehold properties would require the freeholder to engage the boundary resolution procedure on their behalf. This could be an issue for leaseholders – particularly in the case of long-term commercial leaseholds, where the freehold owner may be hard to trace or may have no inclination to become involved.  Another concern is whether the determination by the surveyor will conclude the dispute; the boundary dispute may involve complex issues of law or may involve issues about encroaching structures and/or the award of damages. This means that litigation may ultimately have to ensue in any event.

Whilst the bill is a step in the right direction, therefore, it will need some refinement.  If passed in its current or an amended form, the bill will change the way in which boundary disputes are handled and will be of significance to all landowners, occupiers and developers.  Walker Morris will monitor and report on key developments. 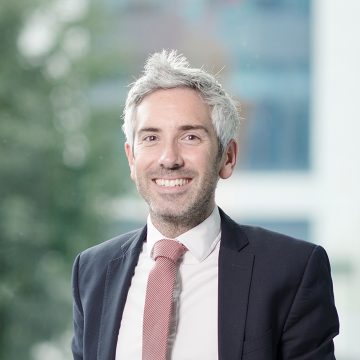