In the recent case of Hancock and another v Scott and others [1], the Upper Tribunal considered whether the changes in a neighbourhood rendered a restrictive covenant obsolete.

What were the issues?

The Upper Tribunal (Lands Chamber) (UT) considered whether a restrictive covenant could be modified or discharged under section 84 of the Law of Property Act 1925 (LPA 1925) so as to allow construction of two houses on burdened land.

The applicants applied for the modification of a restrictive covenant contained within a deed from 1947 which limited, to two, the number of houses which could be built on the applicants’ land known as Brindles. The covenant also burdened a retirement village comprising nine dwellings known as The Conifers. The benefit of the covenant attached to Lyefield Court, a retirement complex with 31 residential houses, to the east of Brindles. Access to both Brindles and The Conifers was over a roadway serving Lyefield Court.  If the application was granted, it would allow for the proposed construction of two further private houses at Brindles.

The applicants argued that the restriction should be deemed to be obsolete due to significant changes to the character of the area since 1947. The applicants relied on section 84 (1) of the LPA 1925, pursuant to which the UT may wholly or partially discharge or modify a restriction on being satisfied that:

The UT must also be satisfied that the person who is entitled to the benefit of the restriction does not have any practical benefits of substantial value or advantage and that discharge or modification of the covenant is not contrary to public interest (s. 84 (1A)). Money would also need to be adequate compensation for the loss/disadvantage (if any) suffered by any person as a result of the modification or discharge of the restriction.

It should also be noted that the UT has the power to add further provisions if they are reasonable in light of a relaxation of an existing covenant, and may refuse to modify without some addition.

In this case, the respondents objected, arguing that the development would result in increased traffic volume, damage and potholes to the access roadway and potential loss of the current peaceful environment.

What did the UT decide?

The application was granted. The UT decided that the only purpose of the covenant was to limit construction of the number of buildings on the land. Since 1947, when the restriction was imposed, 48 dwellings had been constructed in the area and as a result of the significant development in the vicinity the original purpose of the covenant could no longer be fulfilled.  The UT therefore ruled that ground (a) was satisfied and the restriction was deemed to be obsolete.

Secondly, the UT was satisfied that the development of only two properties would have virtually no impact upon the neighbouring residents, particularly considering that the area was already relatively highly populated. The UT concluded that the application did not secure substantial practical benefits and the modification would not be against public interest. Therefore, ground (aa) was also satisfied.

Although the UT did note that disruption/loss may be caused by the building works, the deed imposing the covenant anticipated some residential development. Consequently, the UT ruled that there would be no compensation payable to the objectors.

Ground (c) was satisfied in light of the UT’s other findings and no further comment was made by the UT on this ground.

This case is a good example of where changes or other material circumstances lead to the original purpose of the covenant no longer being fulfilled, such that a covenant may be rendered obsolete.

It is also worth noting that the burden of proof rests on the applicant to establish the object of a covenant and to demonstrate that it is no longer capable of attainment [2]. 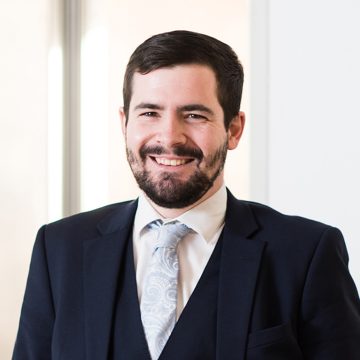