Interpretation of service charge clauses: Still a common cause of dispute

Walker Morris has reported previously on the leading case on contractual interpretation, Arnold v Britton [1].  That case was concerned with a service charge mechanism which, when interpreted in accordance with correct legal principles, resulted in an unusual and un-commercial outcome.  The case, and the interpretation of contentious service charge provisions, has hit the legal headlines again, but this time in a case where errors and omissions in the lease contract had to be resolved.

The background to First Property Services Ltd v Ahmet [2] is relevant.  In 1999 a landowner and housebuilder (Laing) had agreed to cooperate with a neighbouring owner and developer (the Faulkners) in relation to the management of an overall estate which comprised 218 dwellings constructed by Laing and 13 dwellings constructed by the Faulkners.  In 2001 Mrs Ahmet bought a long lease of one of the Laing properties believing that estate costs, to which she was obliged to contribute pursuant to her lease, would be shared between all 231 homes.  However, Laing and the Faulkners did not then complete their proposed estate management agreement and Laing residents, including Mrs Ahmet, were charged 1/218th of all maintenance charges, rather than 1/231th.  Mrs Ahment applied [3] for a determination of liability to pay, and reasonableness of, services charges on the basis that it was unreasonable for Laing residents to pay all estate costs when the Faulkner residents, who also enjoyed the communal facilities, paid no contribution at all.

The service charge clauses in the lease purported to give a formula by which Mrs Ahmet’s proportionate contribution to estate costs should be calculated. However, the relevant clauses contained various terms which were not defined and did not make legal sense. Focusing on what it decided were conveyancing mistakes, the First-tier Tribunal (Property Chamber) construed the lease in Mrs Ahmet’s favour and determined that her liability should be 1/231th only. The management company appealed.

On appeal, the Upper Tribunal (Lands Chamber) (UT) referred to the following principles of contractual interpretation, which were set out in Arnold v Britton.

Applying these principles to Mrs Ahmet’s lease and considering the background and facts known to the parties at the time it was completed, the UT noted errors in the drafting and read the relevant clauses in what it considered was the only way they could sensibly be interpreted [4].  That included a finding that the “Development” referred to in the lease formula by reference to which Mrs Ahmet’s service charge liability was calculated did not include the Faulkner site.  The UT therefore allowed the appeal and confirmed that Mrs Ahmet’s service charge liability was 1/218th, but excluding any costs relating solely to the Faulkner properties.

Arnold v Britton provides the principles to be applied to determine contractual interpretation disputes in the leasehold context.  The correct approach is to start with the ordinary, natural meaning of the wording used and then to make an objective determination, taking into consideration the facts and matters known to the parties at the time, as to what the parties intended the contract to say.  If there is real uncertainty, commercial common sense may be invoked, but the court will not readily depart from contractual wording to correct a bad bargain.  In relation to services charges in particular, the outcome in First Property Services Ltd v Ahmet demonstrates that there are no special rules for leasehold and service charge clauses will not necessarily be interpreted restrictively in favour of the tenant. 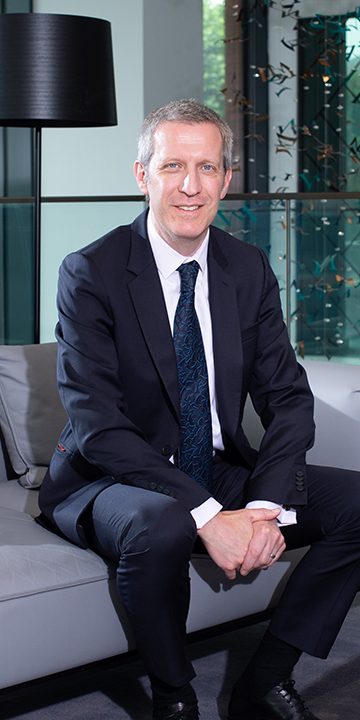