The Government recently published its Criminal Justice and Courts Bill 2014 (the Bill) which seeks to amend a number of areas of law. This article will focus on the proposed reforms to judicial review and cost capping orders which will impact upon planning and environmental matters – the extent of the impact of the proposed amends remains to be seen.

For our purposes, one of the most significant introductions in the Bill is the proposed amendment to the judicial review process. The Bill introduces a requirement for the High Court (and the Upper Tribunal where appropriate) to consider, when determining whether to grant permission to apply for judicial review, whether it is “highly likely that the outcome for the applicant would not have been substantially different if the conduct complained of had not occurred“. If the court concludes that the outcome would not have been “substantially different” without the conduct complained of, then the court must refuse permission to apply for judicial review. The aim is to speed up the judicial review procedure and prevent ‘unmerited’ claims from making their way before the court at an early stage.

The Bill also introduces the requirement for the applicant, when seeking permission to apply for judicial review, to provide information relating to the financing of the application. This information includes the source, nature and extent of financial resources available (or likely to be available) to the applicant to meet the liabilities arising in connection with the application. The aim is to increase transparency when determining who is funding the judicial review application so that costs can be fairly allocated between the parties.

The Bill introduces a costs capping order which can be granted by the High Court or Court of Appeal.  This costs capping order is “an order limiting or removing the liability of a party to judicial review proceedings to pay another party’s costs in connection with any stage of the proceedings“. Accordingly, it reflects the current position regarding protective costs orders, but also seeks to limit its application.

The Bill states that a costs capping order may only be made by the court when leave to apply for judicial review has been granted. This varies the current position, which enables a protective costs order to be granted at any stage of the proceedings – and not just when permission to apply for judicial review is granted. This should – assuming the Bill is enacted as drafted – limit the granting of protective costs orders by the courts.

The Bill further states that the court may make a costs capping order if it is satisfied that:

To assist the courts when determining the above three issues, the Bill provides a definition of “public interest proceedings” to include matters of general public importance and which the public interest requires be resolved, assuming the proceedings are likely to provide an appropriate means of resolving the issue at hand.

The Bill grants the Lord Chancellor a substantial degree of discretion and provides that he may, through regulations, provide that the law in relation to costs capping orders does not apply to judicial review proceedings where the subject matter relates entirely or partly to the environment. It therefore remains to be seen whether the limitation on costs orders will apply to environmental matters. The current position and the application of the Aarhus Convention enables a party to apply for a protective costs order in respect of any part of a judicial review application with environmental implications – not just when permission for judicial review has been granted (which would be the case following the enactment of this Bill).

The Bill, if enacted as drafted, may require third party ‘interveners’ (persons other than a relevant party to the proceedings) to pay not only their costs but the Government’s (and other parties’) costs too: the Bill states that an intervener shall pay any costs incurred (in the court’s view) by a party as a result of the intervener’s application. The aim is to ensure that third party interveners pay their own way as, at present, other parties in the proceedings can be ordered to pay the legal costs of the intervener. Accordingly, if a third party intervener causes an unnecessary increase in legal fees, they may be required to cover the legal costs of the parties to the proceedings.

The Bill makes an amendment to section 288 of the Town and Country Planning Act 1990 and introduces reference to an “English matter” – being an order of a local planning authority in England, mineral planning authority in England, an order of the Secretary of State or an action on the part of the Secretary of State. In respect of English matter applications, under section 288, permission of the High Court would be required prior to making such an application. Accordingly, in a similar way to the requirement to obtain permission to make a judicial review application, applicants under section 288 will also be required to apply for permission prior to bringing a section 288 claim. This is again to ensure that planning matters are dealt with more efficiently by the courts and ‘unmerited’ claims do not make it before a court.

It remains to be seen whether this Bill will be enacted as drafted but if so, it is expected that the Bill will result in fewer unmerited claims appearing before the courts and a possible reduction in the number of section 288 claims being heard.

Significantly (and somewhat unexpectedly) the Bill does not provide for the introduction of a specialist Planning Chamber – to deal exclusively with planning matters. However, a further piece of legislation is expected later this year to introduce this Chamber. Once introduced, this Chamber is anticipated to make the court process more efficient, given that the Chamber should be well-equipped to deal with planning matters. 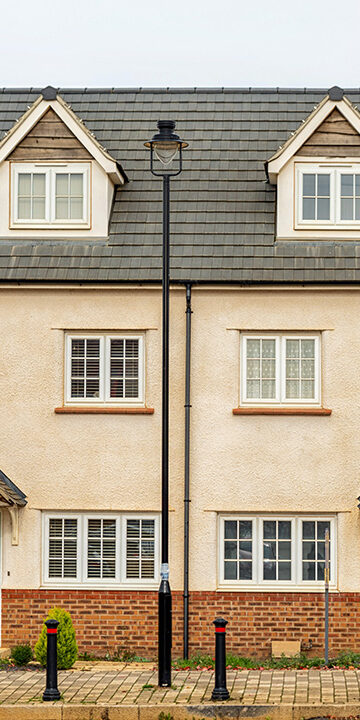