Looking at Finance Options? Don’t concede an own goal

This article looks at the decision of the Football Disciplinary Commission (FDC) on 27 February 2015 to impose a £30,000 suspended fine on Reading Football Club (RFC) and offers guidance to football clubs that are looking at funding options in light of this decision (Clubs). The Walker Morris Sports Group includes a specialist football finance team with a great deal of experience of advising football clubs and lenders in this area, built up over the last 20 years.

In a complex (and sometimes murky) world in which a myriad of lenders are offering finance to Clubs on varying terms, this decision should be seen by Clubs as a timely opportunity to evaluate their own practices very carefully. Traditionally, Clubs may have been minded to sign a lender’s “standard terms of business” without amendment. This should no longer be the case. Certain lenders’ terms of business (including certain of the household Banks that have been lending to football clubs for many years) are archaic and have not been drafted with the specificity of football in mind along with its rules and regulations, breach of which can lead to fines, points deductions and even expulsion from the league. As a result, all such terms of business should be reviewed by a specialist football finance lawyer prior to being entered into. Due to the specific facts of the case, RFC were handed a minimal, suspended fine but this decision should be seen as a stark warning to Clubs that are looking to enter into agreements with lenders going forward, and Clubs that are currently a party to such documentation.

This article will focus on four key points that Clubs should bear in mind following this decision:

First, we will take a brief look at the facts of the RFC case, including the charge brought against the club and the mitigating factors in that case.

The charge brought by The Football League Limited (FL) against RFC was that RFC had entered into financial agreements and other related transactions with Vibrac Corporation (Vibrac) and that in the circumstances these agreements and transactions breached FL Regulations 86.6 and 86.7. Save in respect of one aspect of FL Regulation 86.7 (being RFC’s failure to obtain consent from the FL following enquiries of Vibrac, RFC having failed to make such enquiries in the first place), RFC admitted the charge in full.

The wording of the relevant regulations is set out at the foot of this article.

Following relegation from the Premier League at the end of the 2012/13 season, RFC obtained two facilities with Vibrac:

In August 2014, RFC was sold and all liabilities to Vibrac were settled as part of the sale process.

The FDC noted that between August 2013 to August 2014, RFC granted the above interests to Vibrac at a time when Vibrac had loan agreements in place with three other football clubs, albeit in the Premier League (PL).

Clubs should be aware that the decision of the FDC to impose a £30,000 suspended fine on RFC (and not, for example, order a deduction of points) was due, in part, to the presence of a number of mitigating factors, being:

It shall be the responsibility of each Club that, when allowing any person to lend to, gift money to, purchase future receivables from or guarantee the debts or obligations of that Club (or any other arrangement of substantially similar effect) otherwise than in the ordinary course of banking, to ensure that in doing so that person shall not be acting in such a manner as to cause a breach of any Regulation and in particular Regulations 85 to 89, and failure to do so shall constitute misconduct.

RFC were unable to argue that the Vibrac transactions did not represent a breach of the FL Regulations as being “in the ordinary course of banking” under FL Regulation 86.6.5 as the FL pointed out that “only banks (as licensed by the Financial Conduct Authority, acting in conjunction with the Prudential Regulation Authority) can conduct banking arrangements” (a Bank).

When a Club is a member of the FL, it must be ensure that:

When a Club is a member of the PL it is, subject to the current PL rules, permitted to enter into financial arrangements with lenders (whether a Bank or otherwise) that already lend to other PL clubs.  If however that Club is then relegated from the PL it may find itself in technical breach of the FL Regulations if: (i) the type of lender is not a Bank; and (ii) that lender is already lending to another PL or FL club.

Therefore if the lender is not Bank, all Clubs must, at the very least, make themselves fully aware of the lender’s dealings with other football clubs prior to entering into any arrangement with that lender.  Clubs should be aware, also, that any lender being put forward which is not a Bank, is likely to be the subject of strenuous due diligence by the PL and FL (as applicable).  With this in mind, our advice would be to use mainstream lenders.

Point 2: The type of lend the Club is looking for

Subject always to rules of the PL or FL (as applicable), FL and PL clubs may assign their right to future receivables in respect of player transfers to Banks.

Point 3: The lender’s ability to influence the club – actual and perceived issues of integrity

The FDC placed great emphasis on integrity when handing down its decision in the case concerning RFC.  Section 9 of the FL Regulations states that the Regulations “prohibit one Club controlling another and individuals, either alone or with others, having interests in or influence over more than one Club”.  Section 9 goes on to refer to “actual or perceived conflicts of interest which undermine the integrity of League competitions and the reputation credibility and image of professional football Clubs”.  The “Control” definition in both the PL and FL rules refers to “the power of a [p]erson to exercise, or to be able to exercise or acquire, direct or indirect control over the policies, affairs and/or management of a Club, whether that power is constituted by rights or contracts (either separately or in combination) and having regard to the considerations of fact or law involved”.

The integrity of the competition is a factor that both the PL and FL will place a spotlight on when assessing any relationship between Club and lender.  As part of this, the PL and FL will look at any attempt by the lender to influence the financial, commercial or business affairs of the Club and any evidence which suggests that the Club has, in fact, been influenced by the lender.  This could occur, for example, if the Club gives the lender too much “Control” over the football club.  Any of the following examples, provided for illustration purposes only, could be seen to be a serious breach of the rules: (1) if the lender requests a charge over Topco’s shares and/or the Club’s owners’ shares.  A Club should give careful consideration to this as the documentation required to effect this may give the lender too much “Control” and may place the Club in breach of the rules; (2) if the lender requests an independent report of the financial affairs of the Club which makes recommendations to the lender.  Before the Club acts upon any such recommendations it must think carefully as doing this could place the Club in breach of the rules; (3) any documentation which allows the lender to influence (even in part) the Club’s decision to buy or sell a player.

In the RFC case, the FDC accepted that certain breaches of the FL Regulations may be more serious than others and it appeared to accept that RFC was not actually influenced by Vibrac (though, by its own actions, it had left itself open to be). The FDC pointed out that: “Had any attempt to influence the Club actually had an impact on its actions or activities the seriousness [of the] situation would have been much greater”.

This is stark warning from the FDC. Clubs should not leave themselves open to be influenced by any lender/third party. If there is any evidence to suggest that a Club has been influenced in this way, it could call the integrity of the competition into question, and the sanctions open to the FDC could be anything from a warning or a fine right through to a points deduction or expulsion from the league.

Point 4: An awareness of a lender’s interest in other football club(s)

All clubs should have a working knowledge and awareness of any interest the lender with whom it is considering dealing with has in another football club. We would be very happy to discuss ways in which Clubs cans seek to protect themselves against PL/FL action through their internal policies, procedures and (if relevant) documentation between the Club and lender.

The FL Regulations that are referred to in this article are:

86.6 It shall be the responsibility of each Club that, when allowing any person to:

86.6.3 become involved in any capacity whatsoever in the management or administration of that football club; or

86.6.4 have any power whatsoever to influence the financial, commercial or business affairs or the management or administration of that football club; or

86.6.5 lend to, gift money to, purchase future receivables from or guarantee the debts or obligations of that Club (or any other arrangement of substantially similar effect) otherwise than in the ordinary course of banking, to ensure that in doing so that person shall not be acting in such a manner as to cause a breach of any Regulation and in particular Regulations 85 to 89, and failure to do so shall constitute misconduct.

86.7 Without prejudice to the generality of Regulation 86.6, each Club shall, when considering any application by any person to undertake any of the acts specified in Regulation 86.6.1 to 86.6.5, make all such reasonable enquiries of that person, in respect of both that person and also their associates and close relatives (as defined above), regarding any possible dual interests which may arise. Where such enquiries reveal the existence of a possible breach, the Club shall forthwith apply for the prior written consent of the Board before proceeding. 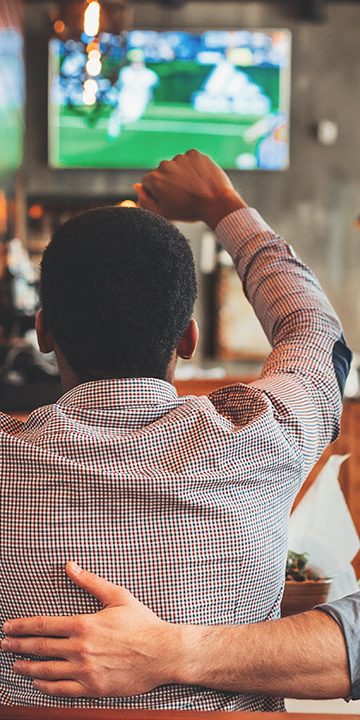 Brexit: new immigration rules for football players – are you ready for the January trans...