Landlords and tenants of long residential leases should note key provisions in the Commonhold and Leasehold Reform Act 2002 (CLRA 2002) which can either represent pitfalls or important protections when it comes to the service of notices, recovery of arrears and forfeiture. Walker Morris’ Housing Management and Litigation specialists Karl Anders and Olena Jarockyj explain the recent case of Cheerupmate2 Ltd v Calce [1] and offer some practical advice.

Section 166 CLRA 2002 provides that the tenant under a long residential lease is only liable to pay ground rent when the landlord has served a notice in the prescribed form (a Section 166 Notice) requiring payment of the rent due.

(It is important for the facts of this case to note that the form of notice is prescribed in subordinate legislation: the Landlord and Tenant (Notice of Rent) (England) Regulations 2004 (SI 2004/3096); and that the notes to SI 2004/3096 were amended by means of a correction slip in 2011.)

Section 167 CLRA 2002 also provides that a landlord is barred from forfeiting a long residential lease, if the unpaid amount is less than £350 (unless it consists of or includes an amount which has been outstanding for more than 3 years).

Both the First-tier Tribunal and the Upper Tribunal (Lands Chamber) had found that the landlord’s Section 166 Notice was invalid because it was served in the pre-2011 prescribed form, as opposed to the current prescribed form, and so its notes did not contain the 2011 amendment.

The landlord appealed to the Court of Appeal.

The Court of Appeal agreed that the landlord’s Section 166 Notice was not in the prescribed form, but it stated that that was not the end of the story – the question remained: did that invalidate the notice?

The Court of Appeal acknowledged that the courts have had to consider the validity of notices which fail to comply with legislative requirements on a number of occasions and, in line with those authorities [2], it took all of the following facts into consideration:

Sections 166 and 167 CLRA 2002 were enacted to provide residential long leaseholders with additional protection from forfeiture of their leases. As well as highlighting the approach that a court will take when assessing the validity of a statutory notice which contains a minor defect, this case demonstrates that landlords who wish to pursue forfeiture for non-payment of ground rent must proceed with great care and ensure that they comply with statutory requirements and also with any contractual requirements contained in the subject lease.  In this case, the landlord’s error in the timing of the exercise of its act of forfeiture was fatal.

The landlord’s right to forfeit is a controversial one. It has been enshrined in the law for centuries. Parliament has sought to legislate in recent times to provide additional protections for the tenant. However, it is still a remedy that is often used by landlords against tenants, many of whom remain unaware of the legal implications of failure to pay sums due under their lease (or who are unaware of the sums owing as they are not living in the subject premises due to subletting and have not informed the landlord of their new correspondence address). 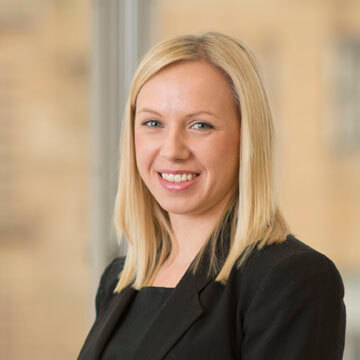