How to approach settlement in a dispute (start early): a checklist for In House Lawyers

Promoting the use of Alternative Dispute Resolution (ADR) is one of the key ways in which the courts are trying to reduce the costs of litigation. If you are involved in litigation or intending to litigate, you should explore all options for settlement in the early stages of your dispute and respond promptly and constructively to any settlement approaches made by the other party. Failure to do so may lead to costs penalties.

ADR is no longer one of a litigator’s tools: it is a dispute resolution essential. The court hinted in the PGF case [1] that lawyers, who do not fully advise their clients on ADR, risked negligence should their client be penalised in costs for unreasonable refusal to engage in ADR processes. Read on for our checklist for making and responding to settlement approaches.

Please note: this checklist is for guidance only and is not a substitute for legal advice. In each disputed case, the appropriate action for resolving your dispute will depend on the particular facts and law. If you are in any doubt about the applicability of any of the tips below or the legal issues involved, please contact Gwendoline Davies or Sue Harris whose details are below.

1. Review your ADR options from the outset

As soon as a dispute arises, be proactive:

Remember the benefits of ADR. A mediation, for example, costs less than litigating and can:

Once you have settled on an appropriate ADR procedure, consider who you appoint as your mediator/conciliator/expert (etc…). Do you have personal knowledge of their suitability or a trustworthy recommendation?

Will you use an ADR provider to appoint the independent third party? (For example, CEDR or ADR). What do they charge? How do they operate?

Engage with the other party at the start and throughout the dispute:

Such engagement could lead to full or partial settlement and thereby reduce both the costs and the need for court and judicial time.

Read and use the Jackson ADR Handbook [2] not least because Jackson LJ was the catalyst for its creation – and fully supported the Handbook’s authors. In addition, the foreword to the Handbook has a recommendation by Lord Dyson MR who refers to it as “properly authoritative” on ADR. In the PGF case, the Court of Appeal considered the claimant to be correct in relying on the Handbook in the absence of any other authority to support their argument that the defendant’s refusal to mediate was unreasonable.

2. When to use ADR: review your case carefully

When to suggest or agree to ADR can be a difficult decision. The timing will always depend on the facts peculiar to each case: there is no ‘correct’ time that can be given nor can general guidance be given on the best time to start ADR. It will depend on a combination of the following factors:

3. Analyse how much it will cost to take a dispute to trial

Estimating the costs of taking a dispute to trial and preparing the Costs Budget* is now a key step in court proceedings. The court will take an active part in ensuring the costs are managed. Knowing what you can expect to incur in costs is essential if you are to properly weigh up the pros and cons of whether to negotiate, proceed with ADR or litigation – or settle.

*Costs Budgets are required in multi-track, Civil Procedure Rules Part 7 claims under £10m (from 22 April 2014) and are discretionary over that threshold.

If you’ve not reached the stage where a Costs Budget is needed, ensure that you or your lawyers analyse the potential costs before engaging in an ADR process where you will be negotiating with the other party. This knowledge is crucial when deciding whether and at what stage to settle a dispute.

4. What to do if you are asked to engage in ADR

If – and as soon as – your opponent asks you to try mediation or other ADR methods, take action. Do not ignore their request. In particular:

Even if you believe it is too early to try ADR, you must still engage with the other party. If you:

Ensure you give written reasons for your response at the time. If you do not, you might later find yourself having to explain to the court why you refused to try ADR. That could involve a forensic investigation to prove your thinking and actions at the time of the refusal which is likely to be difficult.

Do not simply ignore settlement approaches. In the PGF case, the Court of Appeal extended the principles set out in the Halsey case slightly (see [3] and below): the court confirmed that ignoring an offer to engage in ADR would be deemed to be an unreasonable refusal and attract costs penalties.

5. What constitutes an unreasonable refusal to engage in ADR?

A court cannot force an unwilling party to engage in ADR. However, those who refuse unreasonably will find themselves penalised in costs. But when is it reasonable to refuse? In deciding whether a refusal is unreasonable, the court will consider the following:

These principles were set out in the case of Halsey v Milton Keynes General NHS Trust [3].

The guidance in Halsey made clear that most cases will be suitable for mediation – with just a few exceptions. Exceptions where a refusal to mediate might be justified include cases where there is a point of law to review; unusual cases where a binding precedent is needed; or, relief such as an injunction is needed for the protection of one of the parties.

6. More guidance on whether your dispute is suitable for ADR – and particularly, mediation

Another recent case [4] gave more insight on when and when not to refuse ADR.

Mediations are perfectly suitable for resolving quantum disputes where there may be several potential outcomes.

The following are not justification for refusing to engage in ADR:

Dislike and mistrust between you and your opponent is also irrelevant: mediators are trained to handle high and negative emotions in a way that can lead to settlement.

Responding to mediation offers promptly and explaining your position will not protect you if your reasons are misconceived and your response unreasonable.

You should particularly consider ADR in cases which are dependent on factual evidence where the outcome might depend on the credibility of your witnesses. In such cases, there is a strong need for a risk analysis to be carried out by the parties to assess their chances of success.

Finally, keep in mind that the court strongly supports ADR: it is now an essential step in resolving a dispute and you will be asked formally about settlement action you have taken or plan to take (for example in the Directions Questionnaire in fast-track and multi-track claims). If, at any stage of the proceedings, you are tipped off by the court that your case is suitable for mediation, be very cautious about rejecting it.

For further information, please see our briefing on ADR and unreasonable refusal: The rule and an unexpected exception.

Another procurement consultation: the Small Business, Enterprise and Employment Bill 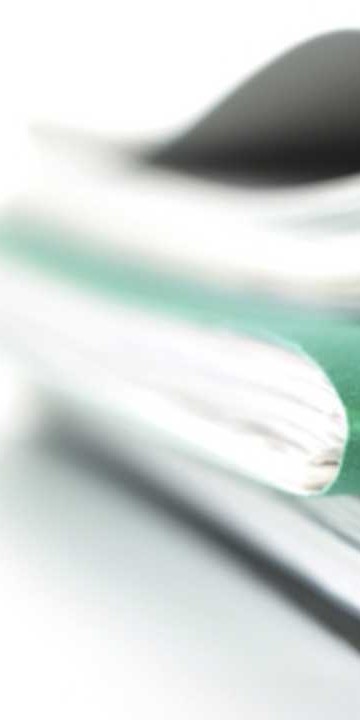