In the recent case of Dhillon v Barclays Bank PLC [1], the High Court considered ‘exceptional circumstances’ which may justify a court not making an order for alteration of HM Land Register despite a transfer being void for fraud.

The funding for Transfer 1 and Transfer 2 was acquired by CEL initially by way of a bridging finance loan and subsequently by a loan from the first defendant Barclays Bank PLC (the Bank), secured by way of first legal charge.  Applications to register Transfers 1 and 2 were processed simultaneously by the Land Registry, with the result that Ms Dhillon was never registered as the proprietor of the Property. The loan provided by the Bank completed and was registered at the Land Registry on 20 November 2002.

In July 2003 Ms Dhillon instructed solicitors who informed the Land Registry that she did not sign any papers to effect Transfer 2 and that the right to buy the Property was exercised by someone other than her.  Ms Dhillon also contacted the police, which led to the arrest, prosecution and conviction of Mr Hussain in 2006.  On 21 October 2010 an order was granted which vested the interest held by CEL in Ms Dhillon. The Property was then registered in the name of Ms Dhillon subject to the legal charge in favour of the Bank.

On 11 February 2015, Ms Dhillon commenced proceedings seeking rectification (alternatively, alteration) [2] of the register to remove the legal charge in favour of the Bank, on the basis that Transfers 1 and 2 were fraudulent and void.

What were the legal issues?

In accordance with recent key case law [3], the High Court initially had to determine whether Transfers 1 and 2 were void dispositions, registration of which would be a mistake capable of correction by rectification or alteration of HM Land Register [4].  The court found that they were.  On the face of it, therefore, Ms Dhillon was entitled to have the Land Register rectified.

However, the court then went on to consider, in accordance with Paragraph 3 of Schedule 4 LRA and the 2012 case of Paton v Todd [5], whether the case involved ‘exceptional circumstances’ which would justify it not rectifying/altering the register.

Lenders will welcome this High Court decision which emphasises how difficult it can be for a claimant – even a clear victim of fraud – to have a registered legal charge removed from the register.

The case is a reminder that ‘exceptional circumstances’ under Paragraph 3, Schedule 4 LRA can be a powerful tool for lenders faced with claims for rectification/alteration.

Borrowers often fail to appreciate that, even where they have been a victim of fraud or mistake, nevertheless the law does not afford remedies that can place them in a better position.  Here, on an assessment of the position both before and after the fraud/mistake, the claimant was only ever going to be able to own the Property via funding secured by legal charge.  Whilst that will very often be the case, this decision helpfully categorises those circumstances as ‘exceptional’ for Schedule 4 LRA purposes.

[1] [2019] EWHC 475 (Ch)
[2] In relation to the distinction between alteration and rectification, the latter is a specific type of alteration which involves the correction of a mistake and prejudicially affects the title of a registered proprietor. An indemnity from the Land Registry is only available in cases of rectification, not alteration, pursuant to Schedule 8 of the Land Registration Act 2002 (LRA)
[3] NRAM v Evans [2017] EWCA Civ 1013 (and see our more detailed briefing); and Antoine v Barclays Bank Plc [2018] EWHC 395 (Ch) (and see our briefing)
[4] pursuant to Schedule 4 of the LRA
[5] [2012] 2 EGLR 19 – what constitutes exceptional in this context is a fact or matter that is “… out of the ordinary course, or unusual or special, or uncommon … it cannot be one that is regularly or routinely or normally encountered … which ha[s] a bearing on the ultimate question whether such circumstances justify not rectifying the register” 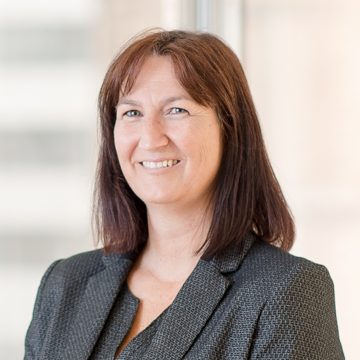 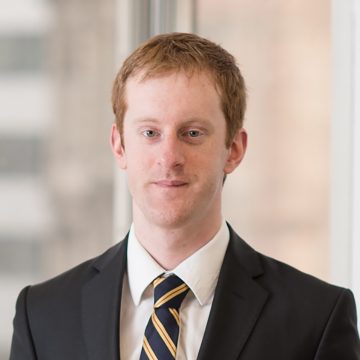