One of the UK’s leading specialist waste management businesses, last year contested a preliminary issue with HMRC at the First Tier Tax Tribunal as to whether, prior to 16 December 2015, hazardous mixed loads could be taxed at the lower landfill tax rate.

The Tribunal found in favour of the waste management business on 22 June 2021, concluding that prior to 16 December 2015 it was possible for disposals of hazardous mixed loads to be taxed at the lower landfill tax rate.

This decision provides useful clarity on the tax treatment of hazardous mixed loads.

This case was concerned with the taxable disposal of mixed loads of materials which included a quantity of non-qualifying material, the presence of which caused the load to be hazardous within the meaning of the Waste Framework Directive 2008/98/EC (“Hazardous Mixed Loads”).

The Appellants argued that these mixed loads were correctly accounted for under the lower rate of landfill tax because the quantity of non-qualifying material was small and thus they come within the terms of the direction on mixed loads provided in HMRC Excise Notice LFT1: A General Guide to Landfill Tax.

On the other hand, HMRC contended that these loads are properly classified as hazardous waste and therefore the lower rate of landfill tax should not apply.

Under section 63 (2) of the Finance Act 1996, HMRC can direct that where a disposal to landfill consists mainly of qualifying material, but includes a small amount of standard rated material, the whole load is taxable at the lower rate. Such directions are contained in LFT1.

The LFT1 has been amended on a number of occasions. The editions relevant to this matter are those issued in March 2015 and December 2015.

The March version stated, at paragraph 3.3, that:

HMRC issued an updated version of LFT1 in December, and this included the following additional wording (emphasis added):

‘7.3 Under section 63(2) of the Finance Act 1996, we can direct that where a disposal to landfill consists mainly of qualifying material(s), but includes a small amount of standard rated material, the whole load is taxable at the lower rate. This paragraph is a direction under that law.

Whether an amount of standard rated waste is small will depend on the circumstances and is a matter of fact and degree. As a guide, the dictionary definition of small is either small in size or weight; or insignificant or unimportant. Factors to consider therefore include (but are not restricted to) the:

It is not possible for us to advise on every scenario or disposal. It is your responsibility to determine whether the amount of non-qualifying material meets the terms of the direction so as to qualify it as small. You must apply the following considerations:

HMRC argued that the changes made to the LFT1 in December 2015 represented a clarification of their pre-existing policy, rather than being a change.

HMRC sought to rely on the word “incidental” within the wording of the pre-December 2015 editions of the LFT1. They argued that the quality (and, in particular, whether it has the quality of hazardous properties), as well as the quantity, of the standard rated waste is relevant to deciding whether it is “incidental”.

The Tribunal concluded that the use of the word “incidental” in LFT1 does not support an interpretation which expands the pre December LFT1 to incorporate the consideration of the possible hazardous properties of the standard rated waste.

The Tribunal emphasised that the ordinary and natural meaning of the word is simply that the standard rated material should be an incident of the lower rated load, rather than arising from some other factor. Further, the Tribunal highlighted that the examples given in the pre December 2015 edition of incidental amounts that are acceptable to HMRC include items which have (in the context of landfill material) hazardous properties: wood, grass, and tarmac.

HMRC also contended that the LFT1 must be read in the context of the criteria published by HM Treasury – this criteria is used to determine what material is to be listed in the QMO as a qualifying material. The Tribunal rejected this argument for a number of reasons. It is worth highlighting that they found that it was not Parliament’s intention for taxpayers to be required to go beyond the legislation in self-assessing their landfill tax liabilities.

The Tribunal concluded that the introduction of the December 2015 edition of LFT1, in particular paragraph 7.3, amended the treatment of mixed loads. Prior to that amendment, disposals of mixed loads properly classified as hazardous waste could be eligible for the lower rate of landfill tax.

Therefore prior to 16 December 2015 it was possible for disposals of hazardous mixed loads to be taxed at the lower rate set out in section 42 Finance Act 1996. However, the Tribunal found that the addition of the direction at paragraphs 7.3 and 7.4 of LFT1, concerning the inclusion of small quantities of non-qualifying materials, did change the law on the tax treatment of hazardous mixed loads.

It is worth noting that an appeal may be lodged within 56 days of the decision. This period expires in mid-August, so we will know soon whether any attempt is to be made by HMRC to overturn this decision. 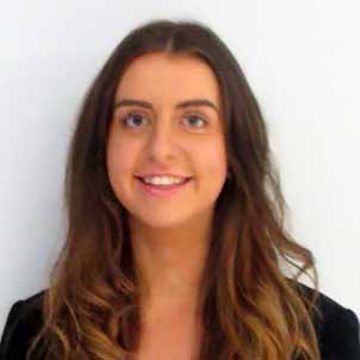