One of the three operational objectives of the Financial Conduct Authority (FCA) is to protect consumers. The high-cost credit sector has seen much of the recent and high-profile regulator intervention in this area, with a package of measures announced in December 2018 and further policy statements on overdrafts and buy now pay later offers expected in June 2019. In this briefing, Walker Morris consumer finance expert Jeanette Burgess turns the spotlight on some recent guidance of application across the entire credit sector which has, comparatively, slipped under the radar – the FCA’s finalised guidance on the fairness of variation terms in financial services consumer contracts under the Consumer Rights Act 2015 (CRA).

The CRA sets out provisions on unfair contract terms in consumer contracts. It came into force on 1 October 2015 and implements the Unfair Contract Terms Directive (the Directive) [1]. The FCA expects firms to consider this new guidance, which was consulted on during 2018, when reviewing existing contracts and drafting new ones. Firms should ensure that variation terms are transparent (more on that later) and not unfair. The guidance applies to FCA authorised persons and their appointed representatives, electronic money issuers and payment service providers in relation to any consumer contracts containing variation terms. Its purpose is to identify factors that are relevant to the assessment of fairness.

Firms are reminded that only a court can ultimately determine the fairness of a term and it is not for the FCA to approve them. It does, however, have a number of tools at its disposal, including considering complaints and challenging firms on unfair contract terms and taking injunctive action to prevent reliance/proposed reliance on such a term. The FCA expects responsibility for fair consumer contracts to be clear from Statements of Responsibilities, in line with the accountability principles under the Senior Managers and Certification Regime (SM&CR) which is due to be extended to all FCA solo-regulated firms on 9 December 2019 [2].

Note that a term failing the fairness test will not be binding on a consumer. Consumers can rely on the test when taking court action, complaining to firms and referring them to the Financial Ombudsman Service.

The FCA acknowledges the benefit of fair variation terms to both firms and consumers, because they allow contracts to be changed over their lifetime, making them more available. However, firms should always consider whether a unilateral variation term is necessary or appropriate, taking into account the legitimate interests of both parties. Such a term may not be appropriate in a contract with a defined, short duration where the consumer’s expectation is that the contract terms are usually fixed. Note that treating customers fairly when making a change will not change an unfair variation term into a fair one.

What is the fairness test?

Under the CRA a term will be unfair if, contrary to the requirement of good faith, it causes a significant imbalance in the parties’ rights and obligations under the contract to the detriment of the consumer. The two elements of good faith and significant imbalance may overlap in the way they apply to any particular set of facts. The particular circumstances of the consumer may be relevant to the assessment of fairness.

Whether a term is fair is to be determined by: taking into account the nature of the subject matter of the contract; and referring to all the circumstances at the time the term was agreed (this would include, for example, how the product was advertised, any promotional material, required pre-contract information, and any other material provided by the firm to the consumer) and to all of the other terms of the contract or of any other contract on which it depends (including implied terms). Note that a term satisfying the fairness requirements in one particular consumer contract will not necessarily be fair in another.

The guidance explains that any assessment of fairness must follow the CRA fairness test and be interpreted in light of the Directive and relevant case law. The Directive recognises the importance of striking a fair balance between the legitimate interests of both parties. Court of Justice of the European Union (CJEU) guidance states that, when determining whether a significant imbalance in the rights and obligations of the parties under the contract arises ‘contrary to the requirement of good faith’, the court must assess whether the seller or supplier, dealing fairly and equitably with the consumer, could reasonably assume that the consumer would have agreed to such a term in individual contract negotiations. In an important addition to the draft, the finalised guidance clarifies that the question is not whether the particular consumer would have agreed to the term, but whether a reasonable consumer in the position of the consumer would have done so.

Transparency is relevant to the fairness test because it is one of the factors relevant to determining whether or not a variation term is fair. Recent CJEU case law emphasises the importance of transparency as part of that assessment. Paragraphs 29 and 30 of the guidance set out key case law points on terms that allow the seller/supplier to vary the charges or price payable under a contract, and on transparency more generally.

The finalised guidance clarifies that whether or not a term is transparent is determined from the perspective of the ‘average consumer’ who is ‘reasonably well-informed and reasonably observant and circumspect’.

In a change from the draft, the FCA has now set out in a user-friendly table format on pages 12 and 13 of the finalised guidance the factors relevant to determining whether or not a variation term is fair. This is followed by explanatory paragraphs. The factors cover: the firm’s purpose in including a variation term; the scope of the term; whether or not it can operate in the consumer’s favour; its transparency; notice; freedom to exit; and striking a fair balance overall between the legitimate interests of both parties.

The FCA stresses that the table and explanatory paragraphs are not intended to be a substitute for the application of the general law on unfair contract terms. There may be other factors to consider, the presence/absence of one or more does not necessarily mean that a term is fair or unfair, and the weight to be given to them will depend on all the circumstances relevant to the assessment of fairness of the particular term.

In light of this guidance, it would be prudent for firms to take stock of their existing consumer contracts and review/amend any variation terms they contain as necessary. Here are some of the key practical points from the guidance for firms to take away:

Should you have any queries in relation to any of the points raised in this briefing, or require any assistance when reviewing or drafting variation terms, please do not hesitate to contact Jeanette, who will be very happy to help.

[1] Council Directive 93/13/EEC on unfair terms in consumer contracts. The CRA replaced the Unfair Terms in Consumer Contracts Regulations 1999 (UTCCRs). The FCA’s guidance applies equally to factors that firms should consider to achieve fairness under the UTCCRs, which continue to apply to consumer contracts entered into between 1 October 1999 and 30 September 2015.
[2] The FCA recently published finalised guidance to help firms clearly set out Senior Managers’ responsibilities through Statements of Responsibilities. Under the SM&CR, all Senior Managers must have a Statement of Responsibilities, and all enhanced firms must also have a Responsibilities Map. Firms not yet subject to the SM&CR should continue to refer to the current rules and guidance in this area, including the Principles for Businesses and the Systems and Controls Sourcebook. 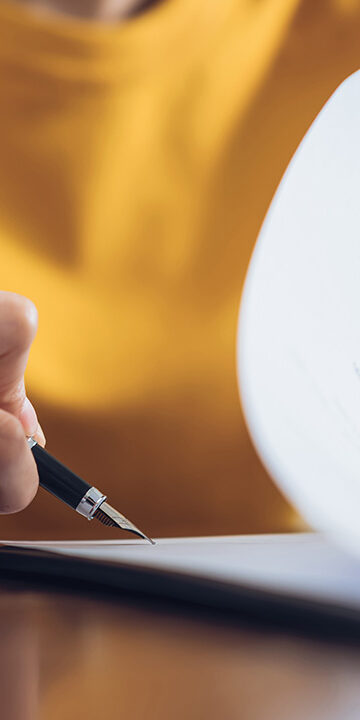