English law does not generally recognise a duty to act in good faith when forming or performing contracts (albeit the concept is a familiar one in many civil law jurisdictions).

…and some significant exceptions

In the 2013 case of Yam Seng Pte Ltd v International Trade Corp Ltd [1], Mr Justice Legatt (as he then was) held, in the High Court, that a duty of good faith may be implied into certain types of commercial contracts.

In the 2018 case of Al Nehayan v Kent [2] (in one of his final judgments before becoming Lord Justice and being elevated to the Court of Appeal) Legatt reiterated that a duty of good faith may be implied into ‘relational’ contracts.

What are ‘relational’ contracts?

These are “a category of contract in which the parties are committed to collaborating with each other, typically on a long term basis, in ways which respect the spirit and objectives of their venture but which they have not tried to specify, and which it may be impossible to specify, exhaustively in a written contract.  Such ‘relational’ contracts involve trust and confidence… that the other party will act with integrity and in a spirit of cooperation” [3].

Where are we now?

One of the problems arising from Yam Seng and Al Nehayan is that commercial parties cannot now be certain as to whether a duty to act in good faith will be implied into their contractual arrangement[s].  Another is the lack of certainty as to what a duty of good faith actually entails, and therefore what it might require of a contracting party and/or what restrictions it might place on a party’s ability to act in its own commercial interests.

Fancourt J in Sheffield United declined to decide whether a duty of good faith could be implied into a contractual obligation simply on the basis of whether the contract could be categorised as relational.  Instead, he held that the starting point was the law on implication of terms as per Supreme Court authority in M&S v BNP Paribas [6].  That case established that in order for any term to be implied, it must be necessary to give business efficacy to the contract. That is a high bar which asks whether, without the term, the contract simply does not work.  Fancourt J decided that, as a result, the relevant question was actually whether a reasonable reader of the contract at the time it was made and with knowledge of the surrounding circumstances would consider it so obvious as to go without saying that the parties had to act in good faith in all their contractual dealings with each other, or whether implication of such an obligation was necessary to give business effect to the contract.

According to Fancourt J’s reasoning, the ‘relational contract’ question is merely a facet of the M&S implied terms test, rather than a test in itself.  This may represent something of a ‘rowing back’ from the hitherto-apparent position that if you could categorise a contract as relational, then you could imply a term of good faith.

As to what a duty of good faith actually entails…

In New Balance v Liverpool Teare J tackled the question of what the implied duty of good faith means in practice.  He decided that the duty of good faith (or fair dealing) can be broken “not only by dishonesty, but also by conduct which lacks fidelity to the parties’ bargain” (para 44).  In assessing fidelity to the parties’ bargain, it is necessary to consider the nature of the bargain, the terms of the contract and the overall context.  Teare J concluded that, ultimately, if reasonable and honest people would regard the challenged conduct as commercially unacceptable, then there is a breach of good faith.

The law on the existence and extent of an implied duty of good faith has been in a state of considerable flux for several years now.  As such contracting parties – especially those whose arrangements might be categorised as ‘relational’ – may prefer to state expressly and in full the precise nature of their contractual obligations to one another.  Note, in particular:

Please contact Jack Heward or any member of the Commercial Dispute Resolution Team for further information or advice. 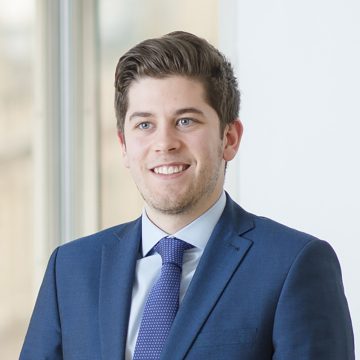