The Court of Appeal decision in Cardiff County Council v Lee (Flowers) [1] confirms that a landlord must obtain permission from the court under 83.2 (3) of the Civil Procedure Rules (CPR) before applying for a warrant of possession in relation to alleged breaches of a Suspended Possession Order (SPO).

In 2015 the tenant began to behave in such a way that caused breaches of his tenancy agreement. The Council notified the tenant that it intended to seek a warrant of possession and then did so in August 2015 on the basis that the tenant had not adhered to the conditions set out in the SPO.

The tenant argued that the Council did not have permission to request the warrant of possession under CPR 83.2(3), which states:

(e)  under the judgment or order, any person is entitled to a remedy subject to the fulfilment of any condition, and it is alleged that the condition has been fulfilled”.

It was agreed between the Council and the tenant that CPR 83.2 applied and that the Council ought to have obtained the permission of the court prior to requesting the warrant of possession. The court of Appeal agreed, confirming that CPR 83.2 it is an important layer of protection for tenants which requires a landlord to establish that their tenant has breached one or more of the conditions of the SPO before enforcing the terms of the SPO. Without such judicial scrutiny, the process of applying for a warrant for possession in such cases would be merely administrative and could leave tenants vulnerable.

The Court of Appeal also confirmed that in situations where an outright possession order is made, permission is not required before requesting a warrant of possession. (Here the warrant can be requested under CPR 83.26.)

Arden LJ stated that social landlords must ensure that their systems are such that permission is sought before making a request for a warrant of possession [2]. Arden LJ also stated that “subject of course to considering any application on its merits [… it] seems to me that there would be no question of the court validating the warrant“.

Arden LJ’s comment above is encouraging as it suggests that where a landlord is requesting permission to apply for a warrant on the basis that a tenant has breached conditions attached to a SPO, the court will ordinarily grant such permission as a matter of course. However, the court does have the ability to request a hearing to determine a permission application in cases where it believes that is necessary, and even where a hearing is not required, the application permission process does represent additional time and cost for a landlord wanting to recover possession of their property.

Landlords should, therefore, take into account the two stage test when agreeing an SPO by consent and must obtain the permission of the court under CPR 83.2 when seeking to enforce an SPO by requesting a warrant of possession.

If you would like any further advice or information, or if you would like assistance with reviewing your possession procedures in light of this case, please do not hesitate to contact Jennifer Mann or any member of Walker Morris’ Housing Litigation & Management team. 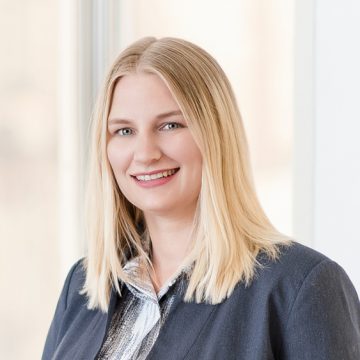