Since 1 April 2016, all purchases of residential property are potentially within the scope of the supplementary charge to SDLT.  If caught, the applicable SDLT rates are increased by 3 per cent. Although, the purpose of the charge was to discourage the purchase of second homes and buy-to-lets, there are various circumstances which could leave the unsuspecting buyer with an unforeseen charge.  The purpose of this article is to clarify some of the rules regarding this latest charge and to set out some of the potential traps for the unwary.

As a basic principle, if, on the day the purchase of a dwelling completes, the purchaser owns or has an interest in more than one dwelling, then that latest purchase is subject to the additional 3 per cent charge. Using a house purchase for £200,000 as an example, this increases the potential charge from £1,500 to £7,500.

There are of course some exceptions to the general rule and:

Furthermore, there are various properties which do not need to counted in determining the number of dwellings owned. These include:

Of course, this can present some problems for those struggling to sell their old home or those who already own multiple residential properties. Therefore, the rules provide some concessions where an individual is replacing their only or main residence.

‘Only’ or ‘main’ residence is not defined in the legislation and it is not possible to elect which dwelling ought to be treated as such. Therefore, if the individual actually lives in more than one dwelling, the question of main residence must be determined in light of all factors.

Similarly, a married couple or civil partners may only have a single only or main residence between them. This rule is only disapplied if a couple is separated and that separation is likely to be permanent.  It is worth noting here that, even whilst in the process of separation, if both still have an interest in their former joint home, if either party buys a new home, the supplement will apply even if the new property is to become that party’s only or main residence.  Only if that party dispose of their interest in the former joint home within three years will they be able to claim back the supplement. This creates a potential cash flow cost at a time when many couples can do without the extra expense.

Dwellings acquired by companies are always caught by the supplement unless the property is subject to the 15 per cent charge for high value properties (over £500,000). Likewise, trusts are always caught unless there is a qualifying beneficiary with an interest in the dwelling for life or who is entitled to all income from the dwelling. In that instance, whether the supplement applies is determined by reference to the beneficiary.

Properties owned overseas should also be counted in the number of dwellings owned by an individual. This could catch out people moving to the UK who keep their old home overseas and those who own holiday homes. However, the structure of ownership will be important. For example, in some jurisdictions, it is not unusual to hold property via a company and holding shares in that company may not amount to a major interest for the purpose of these rules.

In relation to large scale investment, although the initial government announcements suggested a specific exemption would be introduced to cover this, the government chose not to proceed with this on the basis that they did not expect any materially adverse impact on industry. For those acquiring multiple dwellings, it is worth noting that if the purchase includes six or more dwellings in a single transaction, a purchaser has the choice of treating the purchase as non-residential or a claiming multiple dwellings relief and applying the residential rates.  A purchaser in this scenario should undertake a cost comparison.

Finally, it is worth pointing out that timing can be key. Where an individual who does not already own a dwelling is considering multiple purchases, savings can be made by staggering the transactions enabling the first purchase to proceed without the additional supplement. 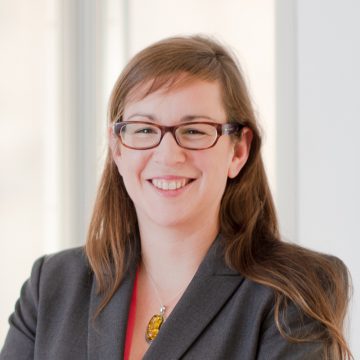 Government consults on online sales tax: Have your say