On 24 January 2017 the UK Supreme Court, the highest court in the land, upheld the judgment of the High Court in R (on the application of Miller and others) v Secretary of State for Exiting the European Union that an Act of Parliament is required to authorise ministers to give notice of the decision of the UK to withdraw from the European Union (EU).  At the same time, the Supreme Court also held that the devolved administrations of Northern Ireland, Scotland and Wales do not have to be consulted on, and crucially cannot veto, the UK’s decision to leave the EU. A link to the Supreme Court’s judgment can be found here and to the press summary here.

Following the Brexit referendum result on 24 June 2016, there has been controversy and uncertainty regarding the process for leaving the EU. Article 50 of the Treaty on the European Union (TEU) sets out the procedure by which a Member State may withdraw from the EU. It provides that a Member State may decide to withdraw “in accordance with its own constitutional requirements” and that it must then notify the EU Council of its intention (an Article 50 notice). Unless agreed otherwise, service of an Article 50 notice triggers a two year negotiating period, at the end of which the relevant Member State leaves the EU, whether or not a withdrawal agreement is in place.

The Government appealed the High Court decision. The appeal “leapfrogged” the Court of Appeal and was heard by all 11 Justices of the Supreme Court (a constitutional first, at least in modern times) over four days in December 2016.

The Supreme Court confirmed that an Act of Parliament is required to authorise the Government to trigger the Article 50 process and it also held that UK ministers are not legally compelled to consult the devolved administrations before triggering Article 50.

Parliamentary approval is required to trigger the Article 50 process

By a majority of 8 to 3 judges, the Supreme Court ruled that:

Lord Reed, Cranwath and Hughes issued dissenting judgments. Each of the Justices would have allowed the Government’s appeal. The Justices considered that the ECA 1972 only introduced EU law into UK domestic law on a conditional basis. That condition was the continued application to the UK of the EU’s treaties. Treaty making and withdrawal fell within the Government’s prerogative powers, so the Government controlled the condition.

No “legal veto” for the devolved administrations in Scotland, Wales and Northern Ireland

The Supreme Court also considered arguments that the Government is required to consult the devolved administrations in Scotland, Wales and Northern Ireland before exercising Article 50. The Supreme Court ruled unanimously that there is no such requirement:

This aspect of the decision, although widely expected, is important as it removes any suggestion that the devolved administrations will be able to exercise a veto over Brexit.

The court process in the Miller case is now exhausted. The next steps in the Brexit process are now for the Government to introduce legislation, which must pass through the Houses of Commons and Lords, to sanction the Article 50 withdrawal process and service of the trigger notice. By the expiry of two years following service of the Article 50 notice the UK will cease to be a member of the EU. The timetable and terms of the UK’s departure will be a matter of political negotiation, and the key messages from Theresa May’s speech regarding the UK’s negotiating objectives can be accessed here.

In response to the Supreme Court’s judgment, the Government immediately confirmed that it will comply with the decision. The Government announced that it will publish a White Paper (i.e. a detailed Government report) on its Brexit strategy and expects to lay a bill to approve the triggering of Article 50 “within days” with a second reading taking place next week, with a view to it being placed before the House of Lords by the beginning of March. There has been speculation that the bill could be short. The Supreme Court made clear that the form such legislation will take is entirely a matter for Parliament. The Government also reiterated that, irrespective of the need for legislation, it was still the Government’s intention to stick to its proposed timetable. It remains to be seen how long the parliamentary process will take and what conditions, if any, may be attached to parliamentary approval.

Meanwhile, other legal challenges continue in the UK and Ireland. In the UK, the Government faces a separate judicial review case of Yalland and Wilding and other v Secretary of State for Existing the European Union. In this case, Mr Yalland and Mr Wilding contend that the UK can only leave the single market through the process of Article 127 of the EEA Agreement (which provides for 12 months’ written notice to exit) which can itself only be triggered following Parliamentary approval. They also seek clarification of the Government’s stated position that the UK’s membership of the EEA will automatically cease on the UK leaving the EU. In Ireland, a legal challenge under the name of Jolyon Maugham QC, with crowd funding, is proposing to launch litigation against the Irish Government, European Commission and EU Council of Ministers. The basis of this litigation is to seek, amongst other things, clarification as to whether an Article 50 notice can be revoked: a question on which the European Court of Justice in Luxembourg is the ultimate decision-maker. The Supreme Court in the Miller case did not consider the issue of whether an Article 50 notice is revocable because it accepted the parties’ agreement that an Article 50 notice is not revocable.

Walker Morris will continue to report on developments.

[1] Prerogative powers are a body of discretionary powers held by the Crown and exercised by the Government in carrying out executive functions. The exercise of prerogative powers does not require prior parliamentary approval. 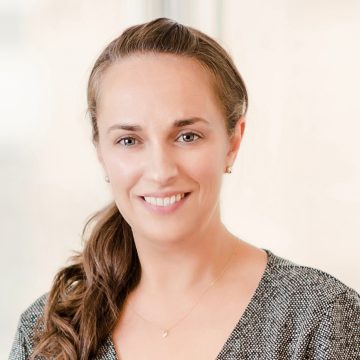 CMA 'greenwashing' review – are you prepared?