Brexit has led to major uncertainty for employers about the position of workers who are EU citizens living and working in the UK. We analyse the government’s recent proposal regarding ‘settled status’ for qualifying EU citizens.

On 26 June 2017, the government published a policy paper titled, “The United Kingdom’s Exit from the European Union: Safeguarding the Position of EU Citizens Living in the UK and UK Nationals Living in the EU”.  The paper (still at proposal stage and therefore subject to change) envisages a new residence status in UK law for qualifying EU citizens, described as “settled status”.

What is ‘settled status’?

Settled status appears to be very much like “permanent residence” under the current system. Those who obtain it will be free to reside in the UK in any capacity and will be able to apply for British citizenship when they become eligible.

The current proposal is that if an EU citizen has (and can evidence) five years’ continuous residence in the UK before a set cut-off date (the ‘Specified Date’) and they are still resident in the UK on the date they apply for their new immigration status, they will be eligible for settled status.  We do not know what the Specified Date will be, but the government paper states that it will be no earlier than 29 March 2017 (the date that Article 50 was triggered) and no later than the date that the UK formally leaves the EU (the ‘Exit Date’).   It could be the Exit Date itself if no agreement is reached with the EU for it to be an earlier date.

We have set out below what this means for EU citizens, depending on when they arrived in the UK, under the current proposals.

These EU citizens will be able to apply for temporary status under the new UK system before the end of the Grace Period in order to remain resident in the UK.  Once they have accumulated five years’ continuous residence, they will be eligible to apply for settled status.

EU citizens who arrive after the Specified Date will be able to exercise treaty rights in the usual way up to the Exit Date (if the Specified Date is a date before the Exit Date).  Once the exit takes place, free movement rights are likely to end.  However, these citizens will not be required to leave the UK immediately – they will be able to stay on during the Grace Period and will need to apply for a temporary residence document in order to give them permission to stay in the UK beyond the Grace Period.  If such citizens wish to stay after the temporary permission expires, further permission will need to be obtained but this further permission will be dependent on the rules in force in the UK at that time.  This means that such EU citizens are not guaranteed to be eligible to apply for permission to stay in the UK permanently.

The ability of such EU citizens to come to the UK to live/work will be subject to the new UK law immigration system which will be put in place once the exit takes place.  We still do not know what such a system will look like.

What does this mean for those EU citizens who currently have a document certifying permanent residence?

Nothing is yet set in stone and we will publish further updates as the government makes further announcements on this topic.

If you have any queries please contact Shabana Muneer. 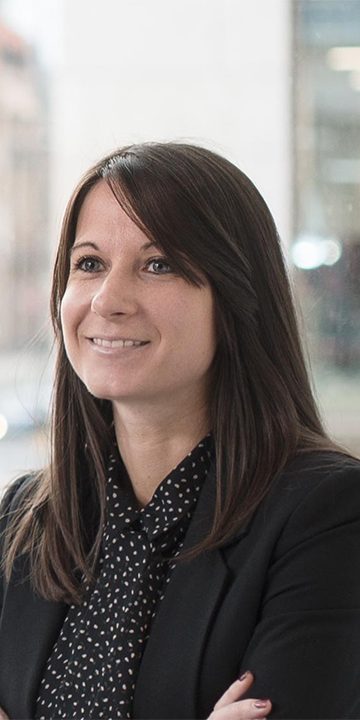 Sustainability, the environment and skills seen as key strategic issues at Food Manufactur...