A legal principle dating back to 1895 [1] provides that an owner of a property who gives an agent the means of representing himself to be the owner bears the risk of fraud on the agent’s part. The principle can bite when business deals based on trust, often made between friends, go bad.

In Wishart v Credit & Mercantile [2] Mr Wishart and a close friend had been in the business of property development together. When they each took the proceeds of a particular project, Mr Wishart trusted his friend to deal with the purchase of a property on his behalf, which he was to own outright and occupy as a family home without a mortgage. Mr Wishart’s friend, however, arranged for the purchase to be made in the name of a company; used the company to obtain a mortgage loan secured against the property; and then disappeared, leaving the company to default on the loan. Mr Wishart occupied the property from completion with his family, none the wiser to the fraud until the mortgagee issued proceedings to obtain possession. When the mortgagee obtained possession, Mr Wishart claimed he was entitled to the proceeds of sale, arguing that he had a beneficial interest which overrode the mortgagee’s claim.

Unfortunately for Mr Wishart, the Brocklesby principle remains relevant and authoritative today. The Court of Appeal held that the principle prevented Mr Wishart from claiming an interest which took priority over the mortgage. He had left the property in the fraudster’s hands and that was entirely at his own risk. Whilst the fraudster had acted outside the remit of his authority, the mortgagee had not been on notice of that. Furthermore, the mortgagee’s costs and expenses of defending Mr Wishart’s claims, as well as its costs of obtaining possession, were all recoverable from the proceeds of sale, pursuant to the mortgage deed.

WM Comment
The case is likely to be helpful for lenders as it reiterates that a lender is only required to make reasonable enquiries into beneficial interests in a property. It places the emphasis on those holding beneficial interests to expressly assert them if priority is to be claimed. The case is also a Court of Appeal rebuttal of the restrictive approach to costs recovery under a mortgage deed that Mr Wishart was seeking to establish.

[1] The principle in Brocklesby v Temperance Permanent Building Society[1895] AC 173. In summary, the principle (which Lewison J describes, at para. 51 of the Court of Appeal’s judgment in the instant case, as broad and akin to an estoppel) is that when “the owner is found to have given the vendor or borrower the means of representing himself as the beneficial owner, the case forms one of actual authority apparently equivalent to absolute ownership, and involving the right to deal with the property as owner, and any limitations on this generality must be proved to have been brought to the knowledge of the purchaser or mortgagee.”
[2] Kevin Michael Wishart v Credit & Mercantile plc [2015] EWCA Civ 655 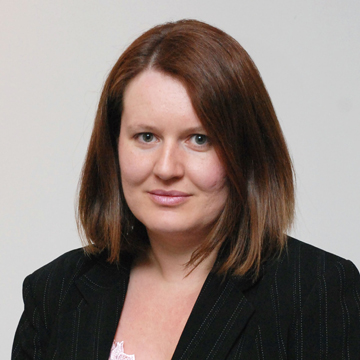