It was recently established in Maelor Foods Limited v Rawlings Consulting (UK) Limited [2018] EWHC 1878 (QB) that the arbitration clause in a JCT Standard Building Contract with Approximate Quantities 2011 (the “JCT Contract“) can take precedence over a Part 8 application for declaratory relief. This means that in such circumstances, section 9 of the Arbitration Act 1996 can be relied upon to stay the Part 8 proceedings.

A Part 8 claim to challenge the decision of an adjudicator does not fall within the adjudication enforcement exclusion to the arbitration clause in the JCT Contract.

His Honour Judge Eyre QC concluded that although the parties could have chosen to include wording to ensure that all adjudication business would fall outside the scope of the arbitration clause, the choice of language in the JCT Contract somewhat limited its scope.

As such, a stay of the declaratory relief proceedings was granted with Article 8 to the JCT Contract trumping Part 8 of the Civil Procedure Rules and the dispute became the subject of arbitration.

The relevant clauses of the JCT Contract appear at Article 7 and Article 8.

“If any dispute or difference arises under this Contract, either party may refer it to adjudication in accordance with clause 9.2.”

“Where Article 8 applies, then, subject to Article 7 and the exception set out below, any dispute or difference between the parties of any kind whatsoever arising out of or in connection with this contract should be referred to arbitration in accordance with clauses 9.3 to 9.8 and the JCT 2011 edition of the Construction Industry Model Arbitration Rules…”

Article 8 then sets out two exceptions to that arbitration provision. The first is not relevant. The second is “any disputes or differences in connection with the enforcement of any decision of an Adjudicator”.

So disputes between the parties are to be referred to arbitration, unless they are disputes or differences in connection with the enforcement of any decision of an adjudicator.

An interim application attaching a schedule of 22 items was sent to Maelor in March 2018. However, on the basis that only some items were accepted as falling under the JCT Contract with others relating to previous contracts and other exchanges, it was said to be invalid by Maelor. Notwithstanding this, an interim payment notice in the same sum and attaching the same schedule was sent just one month later prompting Maelor to dispute its liability to pay. Rawlings subsequently referred the matter to adjudication.

Maelor asserted that in addition to the fact that the notice of adjudication had been served after a non-compliant application, there was an issue regarding jurisdiction as the sums claimed arose under different contracts.

In June 2018 the Adjudicator determined that he did, in fact, have jurisdiction as the items arose under variations to the JCT Contract rather than under separate contracts. He went on to conclude that the interim payment notice was valid and that £720,300 was due to Rawlings.

The Part 8 claim from Maelor “followed hard on the heels” of the Adjudicator’s decision in order to resist making payment, in reliance on the exception to the arbitration provision set out in Article 8 of the JCT Contract.

The Court found against Maelor and stayed the Part 8 claim. In coming to this decision, the terms of the Part 8 application to the Court and wording in Article 8 to the JCT Contract carve-out were crucial.

In particular, the JCT Contract provided that “any disputes or differences in connection with the enforcement of any decision of an Adjudicator” would be excepted from Article 8 which meant that such disputes could be determined by the Court rather than via arbitration.

The Part 8 claim also included significant wording such as “the objections to the adjudicator’s jurisdiction will be relied upon in defence of any enforcement proceedings” and “the employer seeks the court’s determination of issues of law which arose in the adjudication“. Not only does such wording lend itself to an assessment of whether the adjudicator’s decision was correct rather than simply dealing with enforceability but the application could also be seen as a pre-emptive strike to defeat enforcement.

The terms of the Part 8 application in this matter were synonymous with the latter category, which would not be considered “in connection with the enforcement” of a decision so as to come within the ambit of the exclusion. Had Article 8 of the JCT Contract included wording to exclude from the requirement to refer to arbitration any dispute in connection with any adjudicator’s decision, the outcome may have been different.

The judgment established that even where disputes relating to adjudication enforcement are excluded from the arbitration clause in a contract, a Part 8 claim to challenge the decision of an adjudicator may still fall subject to arbitration. Construction practitioners should not underestimate the effect of this standard clause.

Equally, practitioners should carefully consider the significance of the meaning and effect given to the words in both an arbitration clause and a Part 8 claim. This case should serve as a reminder that choice of language is key both in the initial stages of a matter when drafting construction documents and later at the contentious stage.

The decision is likely to become useful authority to refer to for those looking to avoid further proceedings following an adjudication, particularly where adjudication has gone in their favour. 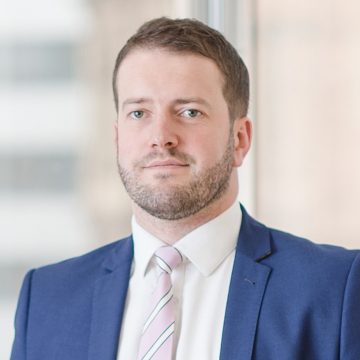