A reminder of the risk of misrepresentation

A quick reminder on misrepresentation and why it’s important

Misrepresentation is a complex area, combining common law, equity and statute, and featuring elements of both contract and tort [1].  However, as the recent case of MDW Holdings v Norvill [2] demonstrates, it is advisable for businesses to have some understanding, so as to limit the scope for inadvertent liability.

Misrepresentations can arise in written or oral statements, and also can be express or implied. There is therefore significant potential for misrepresentation in a wide range of business communications.

There are three different types of misrepresentation:

Depending on the type(s) of misrepresentation, a claimant can be entitled to have the contract set aside and/or to be paid damages. Both can have a major impact on a business.

Why is MDW Holdings v Norvill of interest?

In the current climate, businesses will be aware of some of the risks associated with ‘greenwashing’ [3].  MDW Holdings Ltd v Norvill highlights that inaccuracies in green claims – in this context, made in environmental warranties in a sale and purchase agreement and in responses to due diligence enquiries – can also constitute misrepresentations.  We recently examined this case from the perspective of the breach of warranty claims made. However, the claimant also alleged that the defendants, either themselves or via agents, made false representations, relating to the business’ compliance, upon which the claimants relied in entering into the contract in question. The case therefore gives rise to some key takeaways in the misrepresentation context.

Whilst the business in this particular case was a waste management company, sustainability and environmental impact are key issues of concern to all businesses. The practical lessons from the case are therefore applicable across the board.

The facts are explained below but, in particular, the case addressed:

The defendant company was highly regulated, and the statements made were in relation to compliance with those regulations, but representations and misrepresentations can be any statement of fact or law. The relevant contract was a share purchase agreement (SPA), but any type of contract and the associated pre-contractual negotiations involved could be open to attack.  So, whenever parties consider doing business together and enter into enquiries, discussions and contractual negotiations, there are a number of steps which all businesses can take to minimise the risk of making misrepresentations:

The claimant was the purchaser of a waste management business, GDE, and the defendants were the three individual sellers. The contract was an SPA for the sale of the shares in GDE by the defendants to the claimant.

The management and disposal of waste is highly regulated, and dependant on consents and permits from environmental regulators. Before the sale, several of GDE’s sampling results for certain chemicals and metals were in excess of permitted limits. In addition, one of the individual sellers, as well as a member of senior management at GDE, concealed information from, and provided false results to, the regulators. The judge found that data in relation to sampling results was deliberately falsified and that there was a culture of lying to the regulators.

The claimant was not aware of, and/or was not made aware of the extent of, this non-compliance prior to the purchase. After the sale completed, GDE received a notice of intended prosecution from one of the regulators and the claimant became aware of the issues.

The claimant alleged that the following pre-contractual misrepresentations were made, either fraudulently and/or negligently:

• Written representations, made in response to due diligence requests, specifically in relation to consents and compliance. Responses given by the corporate finance adviser engaged on behalf of GDE failed to mention the on-going breaches of consent which had been taking place since 2012 and did not refer to certain communications with the regulators.

• Oral representations, made by senior management on behalf of the defendants, in relation to legal requirements being met, compliance with regulatory limits, permits and licences, and any breaches of consents.

• Implied representations, including a representation, implied by the absence of further disclosure, that any breaches of consent were only minor, immaterial or technical in nature.

The court held that the claimant relied upon and was induced to enter into the contract by misrepresentations given in the due diligence responses. The judgment reminds us that if a person receives a material representation of fact and then enters into a contract, there is a rebuttable presumption of reliance.

Due diligence responses were made on behalf of the defendants.  The court held that the corporate finance adviser was acting as the agent of the defendants. However, members of senior management were not found to have been acting as the defendants’ agents. The judge noted that a company and its officers are not, in the normal course, agents of the shareholders of the company as otherwise the commercial purpose of the recognition of the separate legal personality of companies would be defeated.

Therefore, the only representations which could be attributed to the defendants were the written representations given by the corporate finance adviser.  Even though two of the defendants had left the negotiation and handling of the sale to the other defendant, he was found to be acting as their agent and they were therefore responsible for his fraud.

The defendants attempted to rely on two clauses within the contract to exclude the misrepresentation claims. The first was an ‘entire agreement’ clause [4], and the second was a clause limiting the rights and remedies available.

The judge found that the entire agreement clause had no bearing on the claim in misrepresentation, noting that the purpose of the clause was to make it clear that nothing said, written or done prior to the contract creates contractual obligations or liabilities. The entire agreement clause therefore had nothing to do with reliance on prior statements or with excluding claims of a non-contractual nature.  The judge also found that the limitation of rights and remedies had no bearing on the matter in light of the fact that it was concerned with available contractual remedies, and had nothing to do with pre-contractual representations.

Businesses today, whether or not they are operating within the environmental/waste sectors, face commercial, legal, regulatory and consumer protection drivers to ensure accuracy and transparency when it comes to environmental and sustainability commitments.

Walker Morris’ Planning, Environmental and Commercial Dispute Resolution specialists can assist from the outset, whether it be in relation to pre-contractual communications and negotiations, with the clear and effective drafting of environmental obligations or warranties, or providing comprehensive, cross-disciplinary advice and transactional assistance. Our cross-disciplinary teams can also offer risk management and effective dispute resolution advice if/when any warranty/misrepresentation claim or any other type of environmental litigation queries or concerns arise. Finally, Walker Morris can provide tailored training to staff at all levels within a business on any green-related area or issue.

If you would like any further advice or assistance in relation to any of the issues covered in this article, please do not hesitate to get in touch.

[3] That is, the practice of making claims (often exaggerated) about a business’ environmental credentials and the sustainability of its products, services and environmental impact. See our recent briefing here on how can businesses ensure that their ‘green’ claims comply with consumer protection legislation for further information and advice in this area

[4] An entire agreement clause attempts to provide that the contract constitutes the entire agreement between the parties such that it supersedes any prior or extraneous agreements, negotiations, or heads of terms. 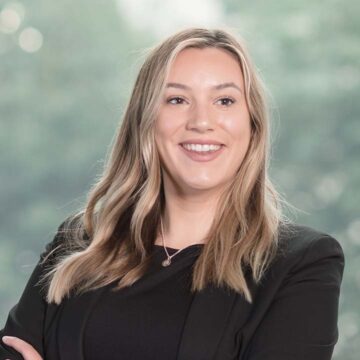