Important changes to the UK’s competition law regime came into effect on 1 April 2014. This article highlights the principal changes of which businesses need to be aware.

We discuss: the new Competition and Markets Authority (CMA); the enforcement of competition law in regulated / utility sectors; the cartel offence, which carries personal liability for directors and employees; the merger regime; market investigations; and administrative penalties for failing to comply with a request from the CMA. Finally, we take a brief look at potential / impending changes in the sphere of competition litigation and regulatory appeals.

The major change is that the UK has a new competition law enforcement agency, the CMA. The CMA has assumed the competition law functions (and certain consumer law functions) of the Office of Fair Trading (OFT) and the Competition Commission, both of which are now disbanded. The CMA has been explicitly created in order to ensure that there is more proactive and rigorous enforcement of competition law within the UK than before. It has more extensive powers than the OFT did, including enhanced compulsory interview powers, which may be used during a dawn raid (and dawn raids are not now limited to business premises but include private houses and vehicles), and a power to impose penalties on businesses and individuals, including current and former employees, that fail to cooperate with an investigation, e.g. by the late production of documents. Furthermore, the CMA will have an increased budget and resources to undertake more investigations each year, and will work closely in conjunction with sector regulators in the UK.

Accordingly, we anticipate that businesses in the UK will experience an energised and well resourced CMA, and that the level of competition enforcement in the UK could increase materially. Businesses will need to understand how they could be affected by the activities of the CMA, and ensure that they are properly prepared.

Under the new rules, sector regulators will have an explicit obligation to consider competition law enforcement before using their own sector regulatory powers. To ensure there is co-ordinated (and much more active) enforcement of competition law in these sectors, the new UK Competition Network – effectively an “alliance” of the CMA and sectoral regulators – has been established under the CMA’s leadership. The CMA will have the power to take over a competition case from a sectoral regulator and investigate it itself, and it will have responsibility for publishing regular updates on the extent to which the UK sector regulators are using their competition powers. Ultimately, the Secretary of State could remove a regulator’s concurrent competition enforcement powers if he considers that that regulator is incapable of using them effectively, in which case the power and the obligation to enforce competition law in that sector would lie exclusively with the CMA. The government’s agenda here is clear: the CMA will be “calling the shots” in the new concurrency system, and if a sector regulator does not make what is seen as effective use of its concurrent enforcement powers, it will lose them to the CMA, who, the assumption is, will enforce robustly.

The message for businesses in regulated utilities sectors is clear and the new approach is already being embraced: the OFT/CMA and Ofgem have been working jointly to assess whether the market for the supply of gas and electricity to households and small firms in the UK is sufficiently competitive. On 27 March 2014, Ofgem proposed referring the energy market to the CMA, so that the CMA can carry out a full market investigation.

The criminal cartel offence is one committed by individual directors and employees. It involves “dishonest” participation with competitors in a “hardcore” cartel to do any of price fixing; allocating markets/customers; rigging contract bids; limiting production/supply. Conviction can result in a sentence of up to five years’ imprisonment and/or unlimited fines. The cartel offence came into force in June 2003, but only seven cases have ever been brought under it, and of those, only one resulted in a conviction. The difficulty with the cartel offence has been proving the dishonesty element in the offence. Juries fundamentally did not see directors and employees who took part in secret cartels as dishonest. The government wants to see more convictions and has introduced changes to the offence to facilitate this.

The key change is that it will no longer be necessary for the prosecutor to prove the individual acted “dishonestly”. At the same time, a number of new statutory defences have been introduced. The individual director or employee will have a good defence if he can show that:

This is an important change. It may mean that individuals who, on behalf of their employers, co-operate with competitors in legitimate joint tendering, production or selling activities are technically at risk of committing the cartel offence where under the old law they would not have been. The defences are intended to ensure that there should be no risk of prosecution where the customer is aware of what is going on, but the precise scope of the defences is not entirely clear. Businesses will need to review internal training and compliance procedures to identity types of behaviour that could fall within the widened offence and the individuals potentially at risk.

The jurisdictional thresholds for UK merger control remain unchanged, as does the ground on which the CMA can block a qualifying merger (whether the merger is likely to lead to a “substantial lessening of competition” in any market or markets for the supply of goods or services in the UK). The notification process will, in principle at least, continue to be “voluntary”, so companies will not be penalised for closing deals without prior approval. In this respect, UK merger control is different from the EU system and the systems in most other parts of the world (where pre-notification is compulsory and qualifying acquisitions may not be completed without clearance from the authorities).

However, procedural changes as of 1 April 2014 are likely to mean that the UK system will in practice start to operate as if there was compulsory pre-notification here. Under the new procedural changes, during Phase I merger inquiries, the CMA will be able to intervene to prevent or unwind steps taken to integrate the target business into the purchaser’s business. Fines of up to 5 per cent of the combined worldwide turnover of the companies concerned can now be imposed for breach of an order preventing or reversing integration. We think this will lead to more purchasers wanting to stay “on the safe side” than has been the case up till now, and to pre-notify their deals as a matter of course (even if they are thought unlikely to give rise to any real risk of a substantial lessening of competition) rather than exchanging and completing without contacting the CMA and taking the risk that the CMA will investigate the deal after the event (e.g. if a customer complains to the CMA about it).

There is a new binding statutory time limit for Phase I investigations of 40 working days (subject to a “stop the clock” provision where the CMA is waiting for information to be provided). During this time, the CMA must decide whether to refer a merger to Phase II (the much more in-depth, detailed investigation previously done by the Competition Commission in cases raising competition concerns).  The Phase II limit of 24 weeks remains unchanged (and the CMA may extend this in individual cases by up to eight weeks). In practice, the CMA will require merging parties to provide more data and supporting documents on notification than before as a result of the mandatory CMA Merger Notice, and the 40 working day timetable will not start until the CMA accepts a notification as complete. This is likely to mean that merging parties will need to spend longer in pre-notification discussions with the CMA.

The procedure and timing for agreeing remedies at Phase I and II has also changed, with the introduction of statutory time limits for the remedies phase, and the ability for parties to offer undertakings in lieu of a reference to Phase II after receiving the Phase I decision on competition issues, rather than before as under the old regime.

It will now be possible for the CMA to undertake investigations of a specific practice or conduct which affect more than one market (so called “horizontal references”) rather than only in single markets as at present.

Generally, it is worth noting that the OFT was taking an increasingly proactive approach towards the use of market studies and calls for evidence to explore whether competition was working well for consumers, such as in healthcare and education. All sectors, even those with a public service emphasis, should be aware of the possibility of a CMA investigation.

Administrative penalties for failing to cooperate

The CMA will have the power to impose administrative penalties if a party fails to provide data or documents in full and to a timetable and format prescribed by the CMA, or if the data provided should later be found not to be accurate. Fines can be up to £15,000 on a daily basis and/or a one-off fine of £30,000. The CMA’s power to impose administrative penalties applies when it is scrutinising mergers, markets and during competition investigations and can be applied against the main party/parties under investigation and also against third parties, such as competitors, customers and suppliers whose views are sought.

Furthermore, it will still remain a criminal offence to knowingly or recklessly provide false or misleading information to the CMA.

Private enforcement of competition law: In June 2013, the UK Department for Business, Innovation & Skills (BIS) published a draft Consumer Rights Bill which  includes (in Schedule 8) provisions to enhance private enforcement of competition law. The proposals include provisions on collective damages actions by consumers and fast track procedures for cases brought by small and medium-sized enterprises. The Bill is currently working its way through Parliament and is expected to receive Royal Assent in June 2014.

Regulatory appeals: BIS has also been consulting on options for reform for streamlining regulatory and competition appeals. The government believes that proportionate changes to focus and streamline the appeals processes would help support sector regulators to take decisions more quickly and efficiently, providing greater clarity for firms. The consultation closed on 11 September 2013, and the government has not yet published its consultation response.

If you have any queries on the recent or impending changes to the UK competition regime described above, or if you should like further information, please feel free to contact a member of the Competition Team on +44(0)113 283 2500. 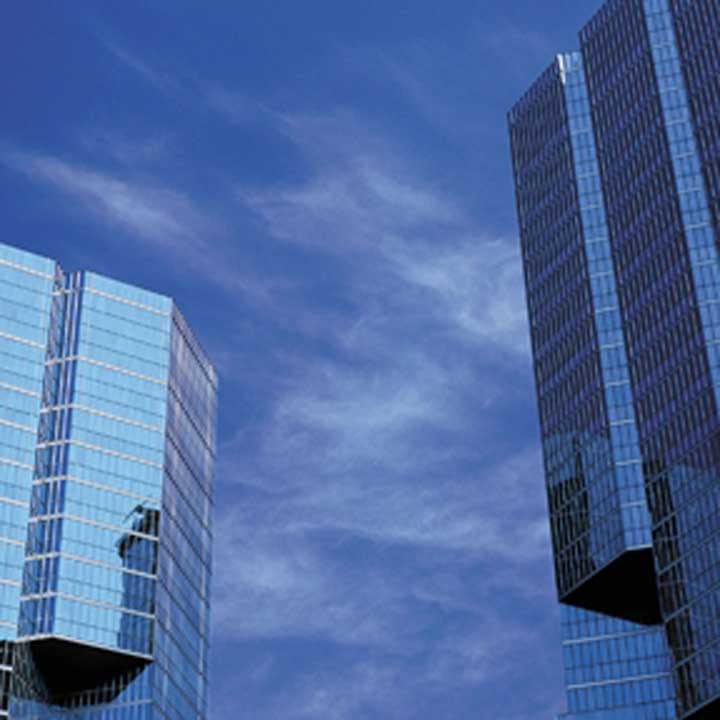