The doctrine of undue influence enables a court to intervene to prevent abuse where a relationship exists between two parties with “trust and confidence, reliance, dependence or vulnerability on the one hand, and ascendancy, domination or control on the other” [1]. In Etridge the House of Lords reviewed the law on undue influence in relation to wives giving security for their husbands’ debts. The leading case gave guidance for banks who are ‘put on inquiry’ of the risk of undue influence (and therefore of the risk of a charge being void) in every case where the relationship between the guarantor and the debtor is non-commercial.

The legal and practical significance of the Etridge decision in has once again come before the court in HSBC Bank Plc v Brown [2]. This case provides a welcome reminder of the guidelines and is the most recent demonstration of what they mean, in a practical sense, for lenders, borrowers and legal advisors.

Mrs Brown owned Myddle Farm although her eldest son, Allen, lived there with his family. Mrs Brown lived elsewhere with her other son, Graham, and had done so since 1987. She allegedly agreed to act as a surety (or guarantor) for the debts of Allen and she allegedly granted a charge to HSBC over Myddle Farm for this purpose.

Allen fell into arrears and the bank sought possession. The argument before the court centred on whether Mrs Brown could rely on a certificate of execution signed by a solicitor, Mr Jones of Harrisons Solicitors LLP, certifying that Mrs Brown had received independent legal advice. If she had not received independent legal advice, the bank would be prevented from obtaining security despite being owed over £300,000.

Mrs Brown denied that Mr Jones was her solicitor and that she was advised about the HSBC charge. She therefore denied that she was liable. Her evidence was that she had been asked to sign the charge but that she had not received any advice about it. Graham’s evidence was that he had been a clerk at Harrison Solicitors and been asked to collect some papers for Mrs Brown to sign. It was contended Mr Jones must have signed the certificate of execution as the witness to Mrs Brown’s signature upon its return by Graham.

Mrs Brown recognised that Allen needed a loan from HSBC and that the bank needed security over Myddle Farm or land connected to it. She also acknowledged that she considered Myddle Farm to belong to Allen for him to do with it as he wanted.

At trial, the judge noted that Mrs Brown had not received any correspondence from the bank that pre-dated the 2002 charge, nor had she received any invoice or charges from Harrisons Solicitors for any work done or advice given to her.  He agreed with Mrs Brown’s and Graham’s evidence.

The issue was therefore whether the charge could be relied upon by the bank to take possession.

Central to the court’s decision was the Etridge guidance which aims to protect borrowers susceptible to undue influence. This typically arises where a family member requests that the homeowner give security over their home for the loan. The House of Lords in Etridge held that a lender should insist that the surety attend a private meeting with the bank in which they are informed about their liability, warned of the risks and advised to take separate legal advice. Alternatively the lender should ensure that the surety has taken legal advice and then it should gain written and signed confirmation from the solicitor that the nature of the documents was fully explained. In the present case the bank should have checked directly who Mrs Brown wished to instruct as her solicitor and should have informed her of the seriousness of the transaction and the need for legal advice.

Etridge also sets out the requirements which must be fulfilled by a solicitor. This includes considering any conflict of duty, explaining to the surety the reason for the legal advice and meeting with the surety face-to-face. During the meeting the nature and seriousness of the documents should be explained, risks and alternatives should be outlined and it should be made clear that the decision should only be taken by the surety.

HSBC Bank Plc v Brown turned on the facts of the individual case. The court chose not to find the existence of undue influence or pressure by Allen over Mrs Brown. However it did conclude that there was no financial gain for Mrs Brown in securing the charge over her farm in favour of Allen. It also noted the lack of an invoice or bill from Harrisons requiring payment for any advice that she had received on the charge. It also determined that the bank had failed to meet the Etridge requirements by not meeting Mrs Brown or informing her that she should take independent legal advice; nor asking Mrs Brown personally for the name of her nominated solicitor.

The court concluded that the bank had failed to protect against the risk that Mr Jones was not Mrs Brown’s nominated solicitor and it was therefore unable to claim possession of Myddle Farm as the charge was unenforceable.

The Brown case illustrates how reliance upon a certificate of execution, in the absence of any documentary evidence that Etridge has been complied with, is not always sufficient to render a charge enforceable. A lender should therefore aim to minimise the risk of future financial losses by complying with Etridge guidelines in their entirety and documenting the steps that have been taken. Ultimately this will help guard against the risk of unenforceable charges and avoid the expense of litigation.

Compliance by a lender is essential, however solicitors also have duties under Etridge and a lender should be protected to the extent that it will usually rely on solicitors itself to ensure that the surety has received independent legal advice. If lenders find themselves without a valid legal charge to enforce, they may have a good claim against their solicitors. 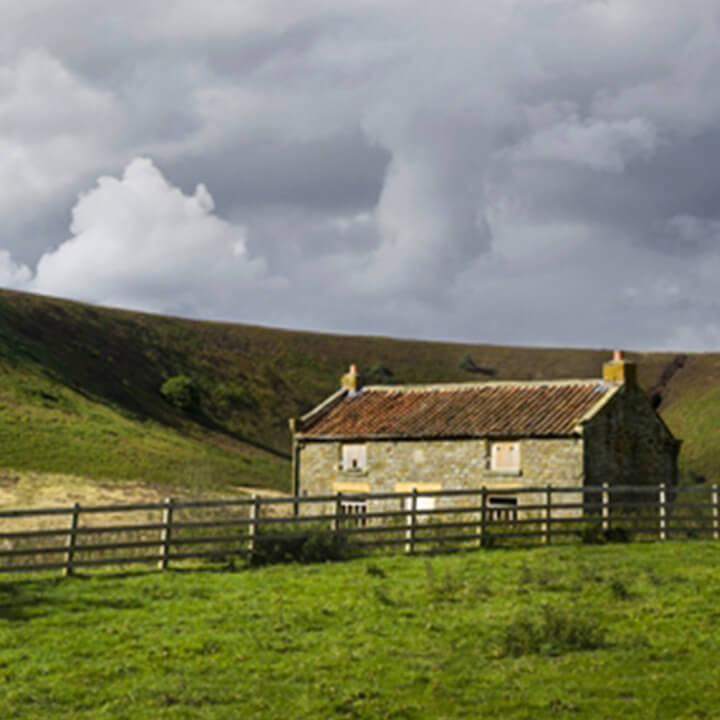