The penalties imposed on individuals for fatal accidents in the workplace are set to increase after the Sentencing Council for England and Wales published its definitive sentencing guideline for gross negligence manslaughter. Walker Morris health and safety expert, Stuart Ponting, considers the new guideline and the implications for employers and directors.

The Sentencing Council consulted in 2017 on a draft sentencing guideline for gross negligence manslaughter (in addition to other forms of manslaughter). Gross negligence manslaughter occurs when the offender is in breach of a duty of care towards the victim, the breach causes the death of the victim and, having regard to the risk involved, the offender’s conduct was so bad as to amount to a criminal act or omission. There was previously no existing guideline for sentencing offenders convicted of this form of manslaughter.

Notably, the consultation paper said the draft guideline aimed to regularise practice rather than substantially alter it, other than in the case of higher culpability offences arising from health and safety breaches where it was anticipated that sentences would rise. The maximum sentence for gross negligence manslaughter is life imprisonment, with an offence range of one to 18 years in prison.

Not surprisingly, perhaps, the draft guideline for gross negligence manslaughter attracted the most responses during the consultation (notably from the medical profession) [1]. The Sentencing Council took on board a number of the concerns raised and a definitive guideline was published on 31 July 2018.

The new guideline comes into effect on 1 November 2018 and applies to individual offenders aged 18 and over who are sentenced on or after that date, regardless of the date of the offence. Organisations sentenced for the offence of corporate manslaughter will continue to be assessed in line with a separate sentencing guideline [2].

How does it work?

The guideline sets out a step-by-step decision making process for the court to use to ensure a consistent approach to sentencing in gross negligence manslaughter cases across England and Wales.

Step one involves determining the offence category, which reflects the severity of the offence. Step two relates to the starting point and category range. Starting points define the position within a category range from which the court starts to calculate the provisional sentence. Starting points and ranges apply to all offenders, whether they have pleaded guilty or been convicted after trial. The starting points and category ranges are for a single offence of manslaughter resulting in a single fatality. Where another offence or offences arise out of the same incident or facts, concurrent sentences reflecting the overall criminality of offending will usually be appropriate.

Once it has decided upon a provisional sentence, the court must then go on to consider further features of the offence or the offender that warrant adjustment of the sentence within the range, including a non-exhaustive list of aggravating and mitigating factors. This is followed by a series of further steps, including potential credit for a guilty plea and consideration of whether it would be appropriate to impose a life sentence.

Notably, at step seven, in appropriate cases an offender may be disqualified from being a director of a company in accordance with section 2 of the Company Directors Disqualification Act 1986 for up to 15 years. This provision was added as a result of the consultation as the Sentencing Council recognised that while it would apply in only a limited number of cases, it would be a useful reference to include.

Developing a sentencing guideline for gross negligence manslaughter was particularly challenging because the offence occurs relatively rarely but in a very wide range of circumstances; a duty of care can arise in many different scenarios. As such a degree of flexibility in determining the culpability of an offender (in effect, how ‘guilty’ they are) is particularly important in relation to this guideline, which specifically warns against taking an overly mechanistic approach to applying the characteristics/factors set out at step one in cases to which they do not readily apply.

Characteristics/factors which are likely to be relevant in a health and safety context, and which indicate high culpability (Category B) include that the offence was particularly serious because the offender showed a blatant disregard for a very high risk of death resulting from the negligent conduct and the negligent conduct was motivated by financial gain (or avoidance of cost).

The assessment of culpability no longer includes consideration of the extent to which the offender was aware of the risk of death as this proposal was met with considerable criticism by respondents to the consultation. Gone too is the proposed high culpability factor “the negligent conduct persisted over a long period of time (weeks or months)” – this was criticised by those representing doctors and by health and safety lawyers as potentially occurring in a wide range of cases and not necessarily being indicative of high culpability.

In relation to harm, the harm caused will inevitably be of the utmost seriousness in all manslaughter cases and the loss of life is already taken into account in the sentencing levels at step two. Given the sentence ranges at step two cover a very wide range of sentence outcomes and there are only four starting points, adjustment from the starting point may be necessary before any adjustment for aggravating/mitigating factors (and so on) where a case does not fit squarely into a category.

One aggravating factor which might apply in a health and safety context was added at the suggestion of several respondents to the consultation and arises in circumstances where an offender ignored previous warnings. Potential mitigating factors include self-reporting and/or co-operation with the investigation and that, for reasons beyond the offender’s control, the offender lacked the necessary expertise, equipment, support or training which contributed to the negligent conduct. This was one of a number of factors added to reflect external pressures on individual offenders which may have contributed to the breach of a duty of care.

It remains to be seen how the courts will apply the new guideline in practice, but it is a further indication of the increasingly tough line being taken when it comes to health and safety breaches. Since the new sentencing guideline for health and safety offences, corporate manslaughter and food safety and hygiene offences came into effect in February 2016, we have seen a marked increase in the severity of the fines imposed on organisations, with the number of £1 million-plus fines continuing to mount. It is clear from these new guidelines that those individuals who cut corners to reduce cost and disregard the safety of those to whom they owe a duty of care will be firmly on the courts’ radar and similarly held to account where appropriate.

There has never been a more prudent time to review and update policies and procedures and upskill managers and directors in their obligations under health and safety legislation to ensure the ‘tone from the top’ is consistent, effective and offers some comfort to those individuals who could ultimately find themselves accountable if disaster strikes.

Should you require assistance in relation to any of the issues raised in this briefing, please do not hesitate to contact Stuart or Rob, who will be very happy to help.

[1] See pages 10 to 14 of the Response to consultation document.
[2] The Health and safety offences, corporate manslaughter and food safety and hygiene offences: Definitive guideline 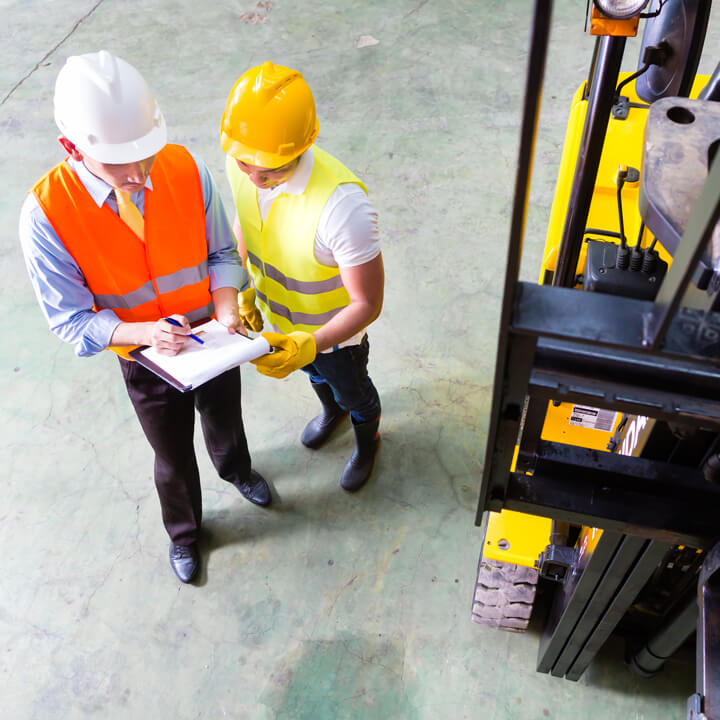